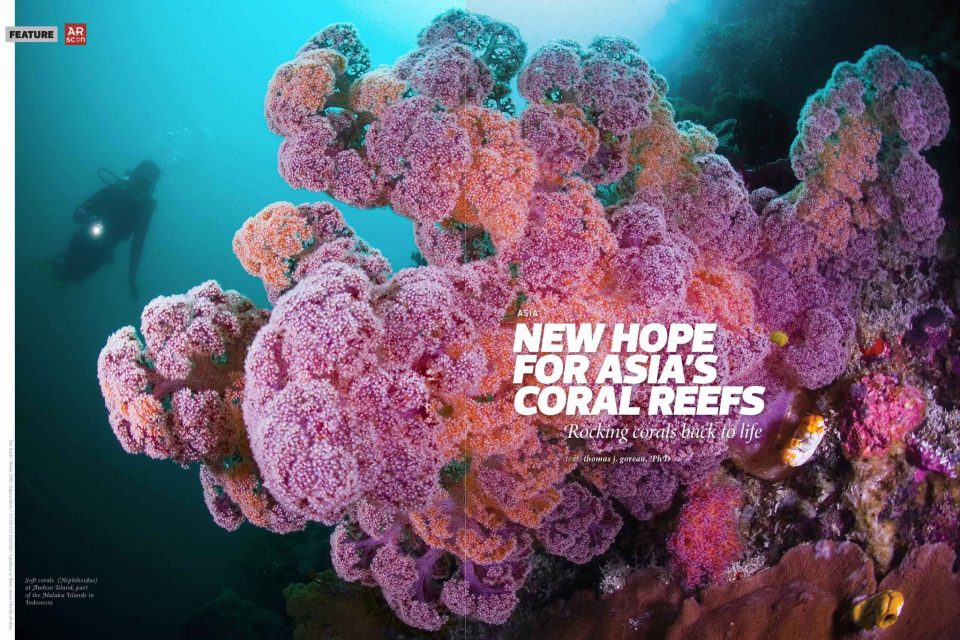 ASIA HAS THE LARGEST and best coral reefs in the world, but its coral reef ecosystems are in rapid decline, an occurence which is part of a global phenomenon. More than 100 countries are seeing their marine biodiversity, fisheries, tourism and shore protection services collapse. Only the oldest divers can tell you what we have lost because all scientific surveys began long after the decline was underway.

My grandfather and father pioneered diving marine science and photography in the 1940s and I have the world’s largest collection of underwater photographs from the 1940s, 1950s and 1960s, including the first colour images of the Great Barrier Reef. You could cry to see any of these places now.

The causes of reef decline are complex, because so many different factors kill corals, but worldwide, the major factors are now global warming, new diseases and land-based sources of pollution such as sewage, fertiliser and soil erosion, although dredging, fishing with bombs and poisons and diver damage, among other causes, can all play important local roles. 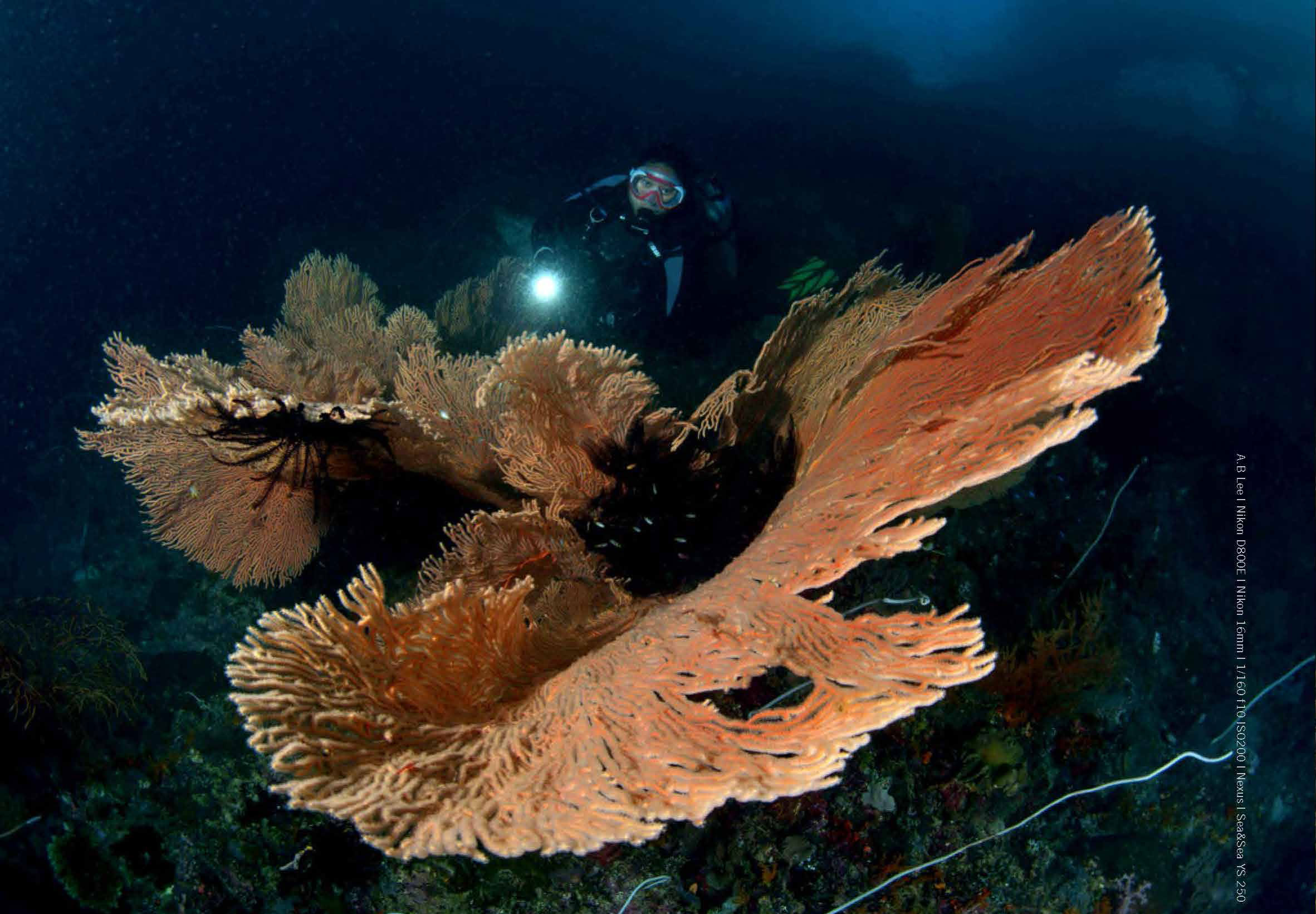 In the old days, most stressors were local in size and short in duration, like ship groundings or typhoons, and reefs would recover in 15 to 20 years. But now, chronic and worsening stresses from high temperatures, pollution, diseases, mud and algae overgrowth, amid other factors, mean most damaged reefs simply don’t recover any more, unless they are in very remote and untouched areas. And even those are succumbing to high temperatures and diseases.

Coral reefs are the most susceptible ecosystems of all to global warming and pollution. The best hope for maintaining coral reefs, and the vital environmental services they provide, will be to remove the stressor that are killing them. This is unlikely to happen however because they are caused by energy, land use, water use and waste disposal practices all over the globe, which would need to be seriously changed to save coral reefs. But fortunately, there is an alternative that can buy valuable time for coral reefs until humanity can put our planet back on a sustainable track.

To survive the stressors that will hit coral reefs in the years to come, we need new methods to help increase coral settlement, growth, budding, branching, healing, survival and resistance to stress. This is precisely what we have done all over the world since the 1980s using the electrical Biorock method. This process, invented and developed by the late architect Wolf Hilbertz and myself, uses safe, low voltage trickle charges to grow solid limestone structures of any size or shape in the sea. 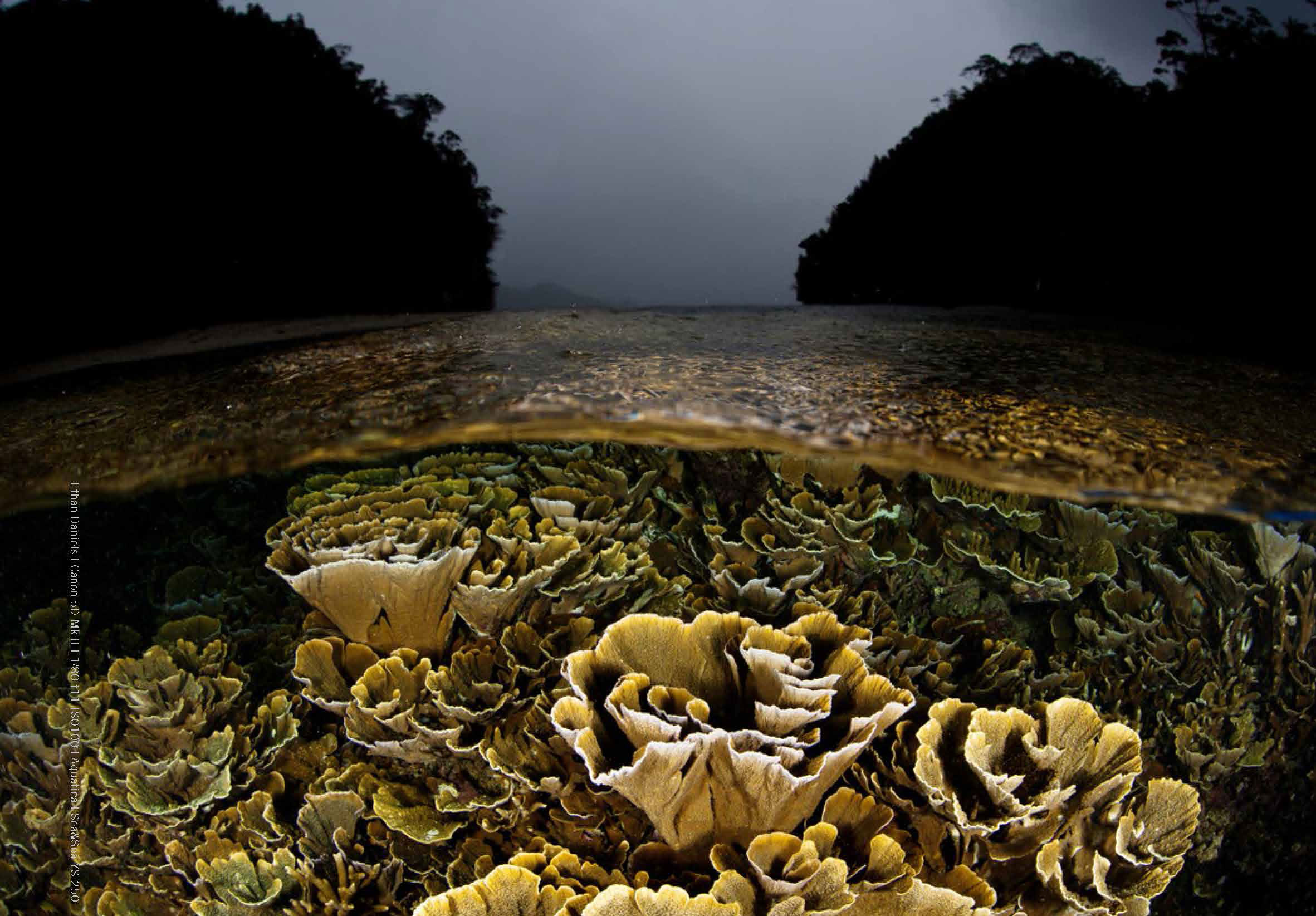 Biorock provides the only marine building material that gets stronger with age and is self-repairing (damaged areas grow back first). The material we grow from the sea is the same material that makes up coral skeletons. We have grown new reefs in front of severely eroding beaches, and have cultivated new sand, repairing beaches back in two to three years. These methods are the most effective ones for restoring beaches and protecting low-lying islands and coasts from erosion and global sea level rise.

What is also astonishing is that we get coral growth rates that are 200 to 1,000 percent faster in the electrical field, and we see up to 1,600 to 5,000 percent higher coral survival after severe heat stroke. Moreover, the benefits apply not only to corals, but also to all organisms in the surrounding areas, including oysters, clams, soft corals, sponges, fishes, seagrass and salt marshes. As a result, we keep marine ecosystems alive in places where they would die, and repair new ones in a few years in places with no natural recovery.

The Global Coral Reef Alliance works closely with local coral reef management groups all around the world in our Coral Arks Program. Our goal is to maintain healthy populations of all reef-building coral species so they can survive the stress that lies ahead. In Bali alone, we are now growing around 80 percent of all the tropical coral families (“genera”) and about half of all species. But many more Biorock Coral Arks are needed all around the world, wherever there are groups committed to long-term coral reef management. Around 400 or more Biorock reef structures have been built in more than 20 countries, with the majority in Indonesia.

For transforming an area barren of corals and fishes into a pristine reef swarming with huge fish schools, the Karang Lestari Biorock Coral Reef Restoration Project in Pemuteran, Bali, Indonesia, was a recipient of the United Nations Equator Award for Community-Based Development, and awarded the Special United Nations Development Programme Award for Oceans and Coastal Management at the UN Conference on Sustainable Development in Rio de Janeiro in 2012. 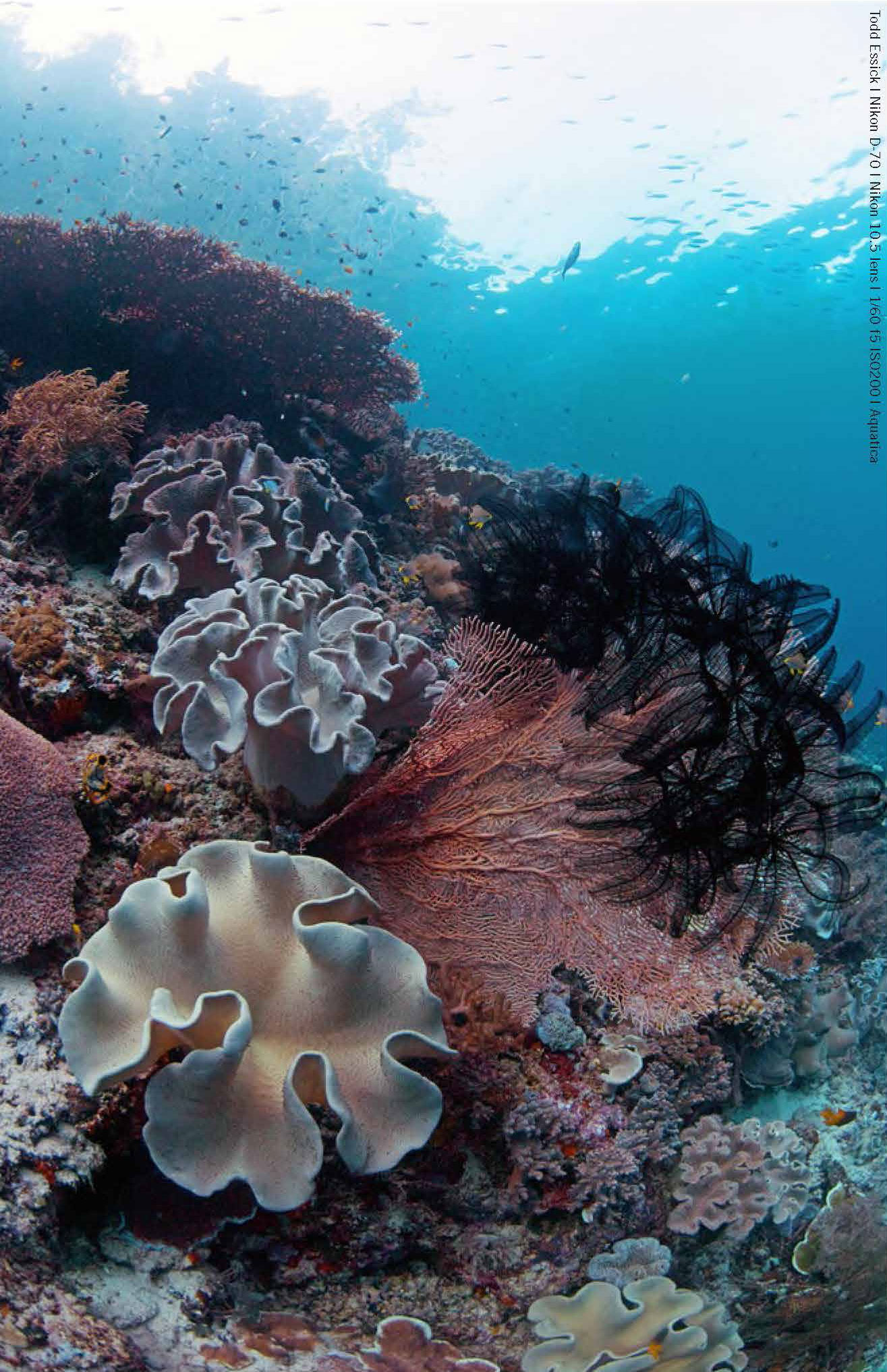 These projects are eagerly supported by local fishermen, who watched in astonishment as a barren area was restored, and as huge schools of fish first moved in and then spread to nearby reefs, providing the fishermen with larger fish of greater abundance and diversity. Pemuteran fishermen are very proud of their results. They want all other fishing villages to follow their example!

In the Philippines, where some of the last remaining coral reefs were devastated by Typhoon Haiyan, we worked closely with the Coral Triangle Conservancy to restore coral reefs in village-managed Protected No Fishing Zones in the Calamianes Islands, where 80–95 percent of the corals were smashed to rubble by the typhoon. The goal is to bring back their fisheries, as we did in Bali. Biorock coral nurseries in the Philippines showed prolific new growth and healthy colours just four days after the typhoon struck, a ray of hope amid the devastation.

Coral reefs can be saved for future generations if we start growing Coral Arks wherever we can. The technology is now readily available to restore our damaged coral reefs, fisheries and beaches. Our efforts to use the power of the sun, wind, ocean currents and waves to grow coral reefs need to be increased a million fold if we are to continue to enjoy the bounty of the reefs. 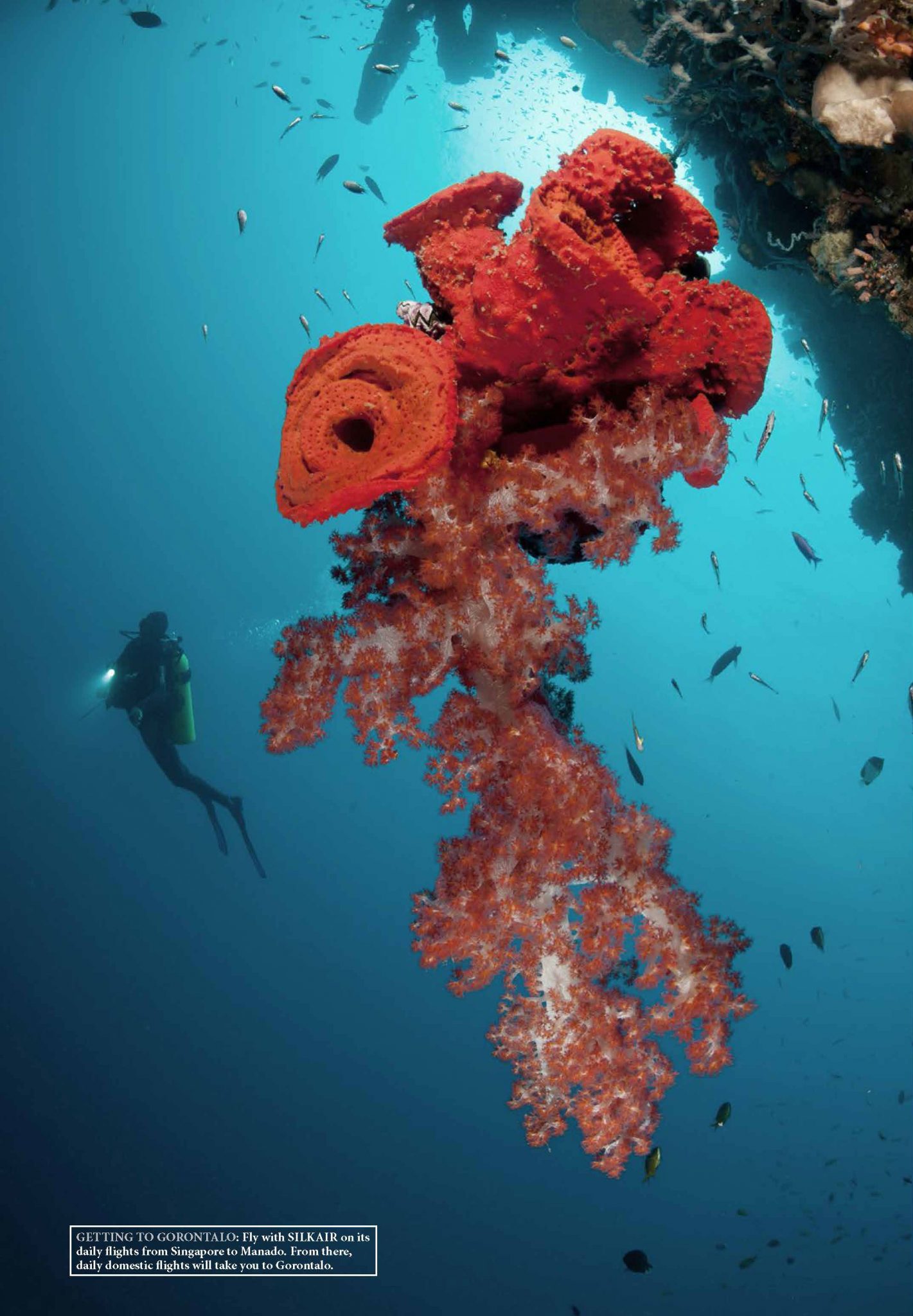 Gorontalo, Sulawesi, Indonesia: A diver looks on at a bright red soft coral Dendronephthya sp. and sponge hanging from the roof of a cave (Photo by Steve Jones)

Unfortunately, there is still little support for such efforts – no government anywhere is using the advanced technology that will be needed in the future. Governments and International Agencies claim that Marine Protected Areas can solve all coral reef and fisheries problems, even though they only work where prime habitat is being protected and fail elsewhere. They claim coral reefs are “resilient ecosystems”, so coral reefs and fisheries will bounce back from any damage. Thus, the right response is to do nothing and wait! These “conservation” efforts have largely failed to protect corals, and large-scale active restoration will be needed.

Read the rest of this article in 2014 Issue 2 Volume 131 of Asian Diver magazine by subscribing here or check out all of our publications here. 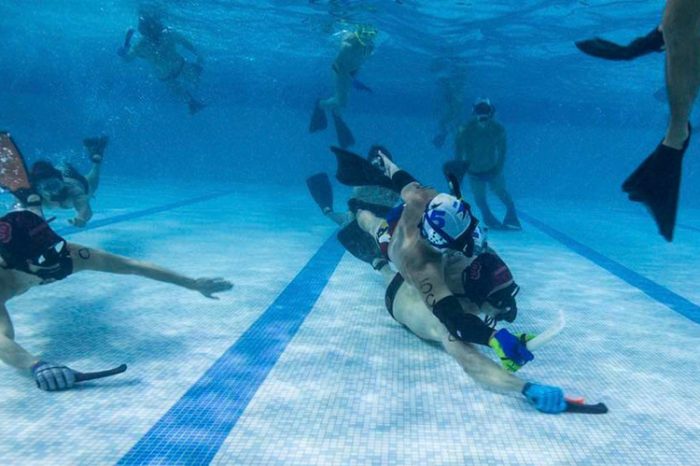 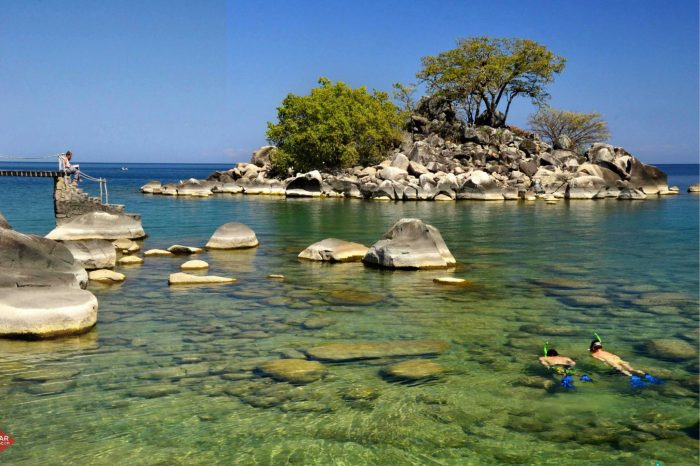 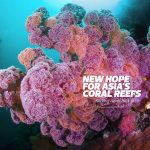