Megalodon: What We Know So Far

Ruler of the seas for roughly 25 million years, megalodon is thought to be the largest predator in vertebrate history. With the discovery of 18-centimetre-long teeth, palaeontologists have managed to brace together a few surprising facts about these amazing extinct sharks.

Finding big teeth may seem a foolishly optimistic lead, and many of these findings and predictions are still being debated, but there are a few things that scientists are definitely in agreement on. We bring you everything we know so far about megalodon: 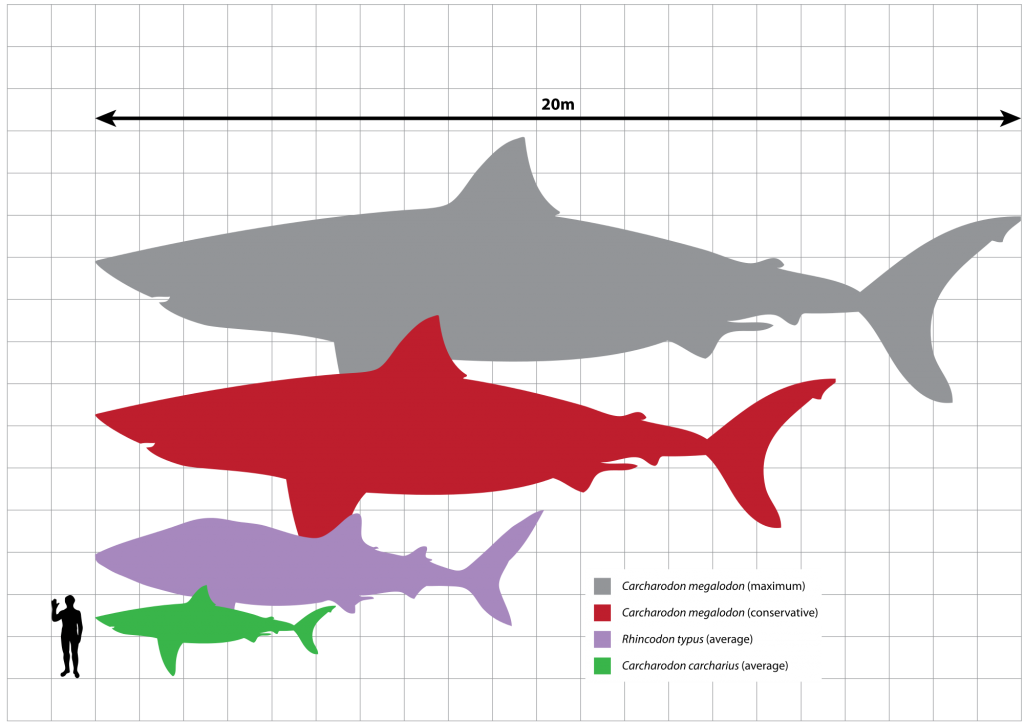 The average great white shark – arguably the apex predator of the modern oceans – can range in length anywhere between four to six metres. But estimates of the length of its larger cousin, megalodon, range from 12 to 21 metres, with the upper estimate falling just short of the ever-impressive blue whale, at 30 metres.

In some artists’ impressions, the gigantic fish has taken on the appearance of an oversized great white, with jet plane like pectoral fins, but some palaeontologists believe this to be an incorrect representation, and liken the creature to that of a sand tiger shark.

Megalodon teeth look like huge, puffed up, blackish triangles with a bulbous root and resemble that of the tip of a fictional dragon’s tongue. They have a rough exterior that gets smoother at the tooth’s finely serrated edges, and are set in massive jaws that pack an estimated 10,900- to 18,100-kilogram bite force, enough to comfortably snap steel. Great whites, by comparison, can generate an estimated maximum bite force of a mere 1,800 kilograms. 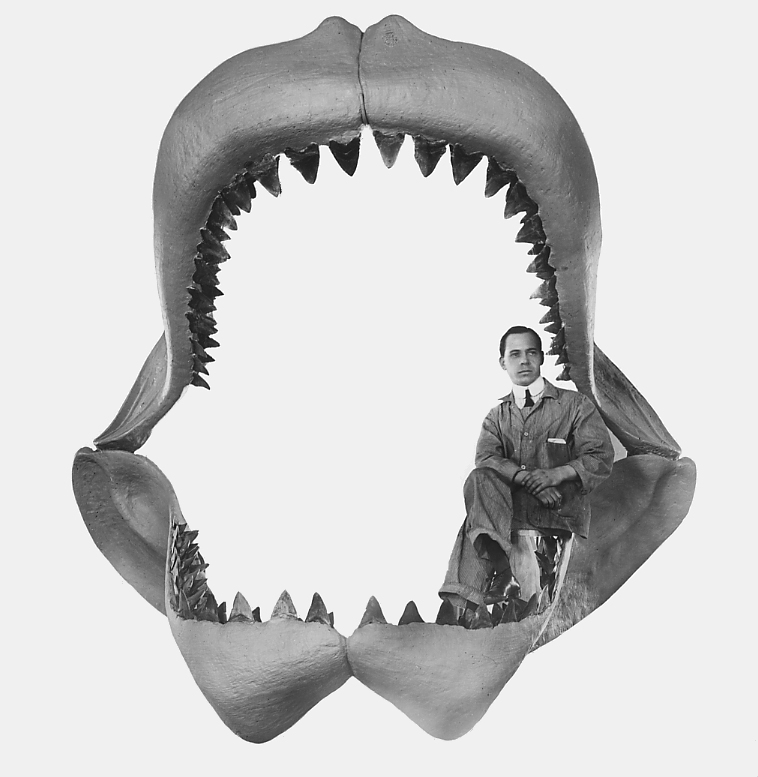 “They have a rough exterior that gets smoother at the tooth’s finely serrated edges, and are set in massive jaws that pack an estimated 10,900- to 18,100-kilogram bite force, enough to comfortably snap steel.” © Wikimedia Commons

Huge jaws require huge prey to fill them. It is thought that megalodon was a specialist whale eater. Over the years, many fossilised whalebones have been discovered with signs of bite marks from teeth that match those of megalodon.

In the late 1900s, palaeontologist Dr Bretton Kent examined the remains of a 9-metre-long prehistoric baleen whale that was supposedly attacked by a megalodon. It shed light on the way the ancient shark went about attacking its prey – focusing mainly on the tough bony portions which it would crush along with the whale’s fragile organs. When it wasn’t feasting on whales, megalodon fed on seals, sea lions, giant sea turtles, dolphins, and others.

2009 saw the discovery of a breeding ground for megalodon off the coast of Panama. It is only the second of its kind ever found. Experts collected fossils and compared them against other megalodon teeth that had previously been recovered. It was concluded that the teeth belonged almost exclusively to juvenile sharks. By studying the juvenile teeth, experts were able to determine the size of megalodon young, which they estimated to be around six metres – similar in size to large great white sharks.

Extinction – The many theories

No, despite fragmented tales from fishermen or 12-second YouTube clips of oversized ocean monsters, megalodon does not still exist. So what could have driven the world’s greatest predator to extinction? The most widely accepted theory is that the warm, shallow seas where megalodon hunted dried up and disappeared. As the global climate cooled at the start of the Ice Age, more and more water was locked up at the poles, and caused sea levels to drastically drop. This erased many of the shallow coastal seas where megalodon resided.

Another theory suggests that megalodon was either starved or frozen into extinction. Only being able to live and hunt in warmer waters, as the whale population moved into colder waters, the sharks had to remain in the warmer seas and thus starved to death.

Megalodon will forever remain a hotly disputed mystery. But as ocean exploration develops, and humans journey deeper and further into the wide unknown of the open ocean, further evidence of prehistoric predators may come into view and one day answer our pending questions. 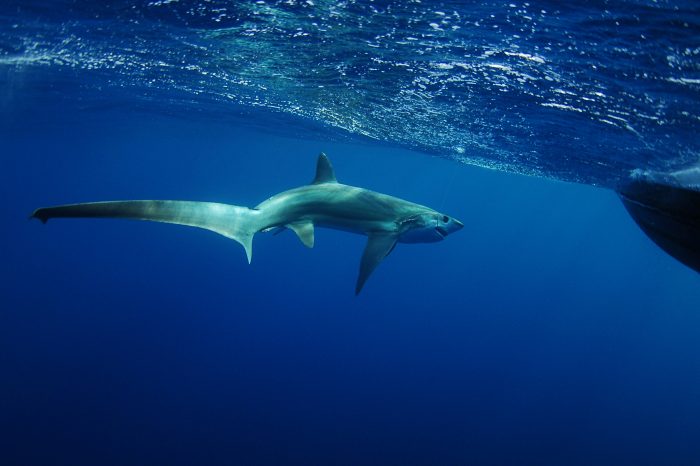 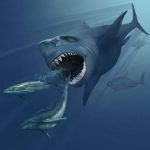 Megalodon: What We Know So Far