Kurt Amsler has photographed many spectacular and unique underwater events over 45 years, but witnessing the birth of a sperm whale calf was the single most powerful encounter of his life 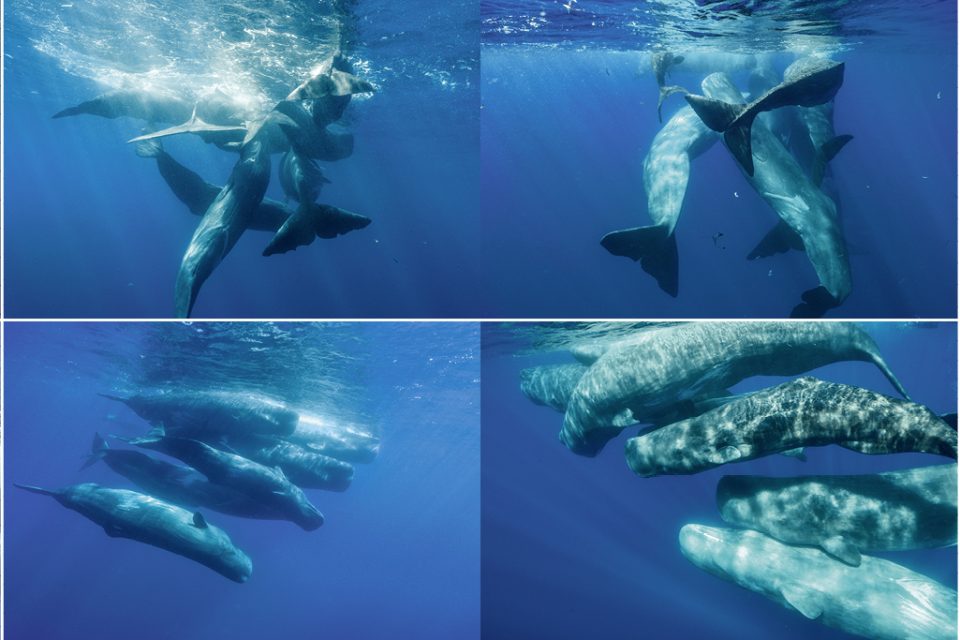 Text and images by Kurt Amsler

American whalers came to the Azores, a distant 1,564 kilometres off the coast of Portugal, in the early 19th century. Although they did not initially operate in these waters, the islands were used for provisioning and supplementing crews with young men from the archipelago. In time, Azoreans took up whaling themselves, establishing their own whaling stations along the coast.

Whaling in the Azores significantly declined in the 1970s and officially ceased with the International Whaling Commission (IWC) ban in 1986. Instead, a lucrative business now thrives where visitors hunt whales with cameras rather than harpoons.

Both technically and physically, sperm whale imagery poses some of the greatest challenges to the underwater photographer. In addition to being extremely shy, sperm whales use echolocation to detect sound and movement for up to several kilometres. To avoid scaring them away with engine noise and bubbles, boats must remain far from the whales, and freediving is the only practical way to approach them.

For five, long days we cruised the islands of Faial and Pico in the Azores. Nine hours a day in a small boat gets extremely tiresome, but it is a necessary experience in order to gain close encounters with the magnificent giant sperm whales of the Atlantic. 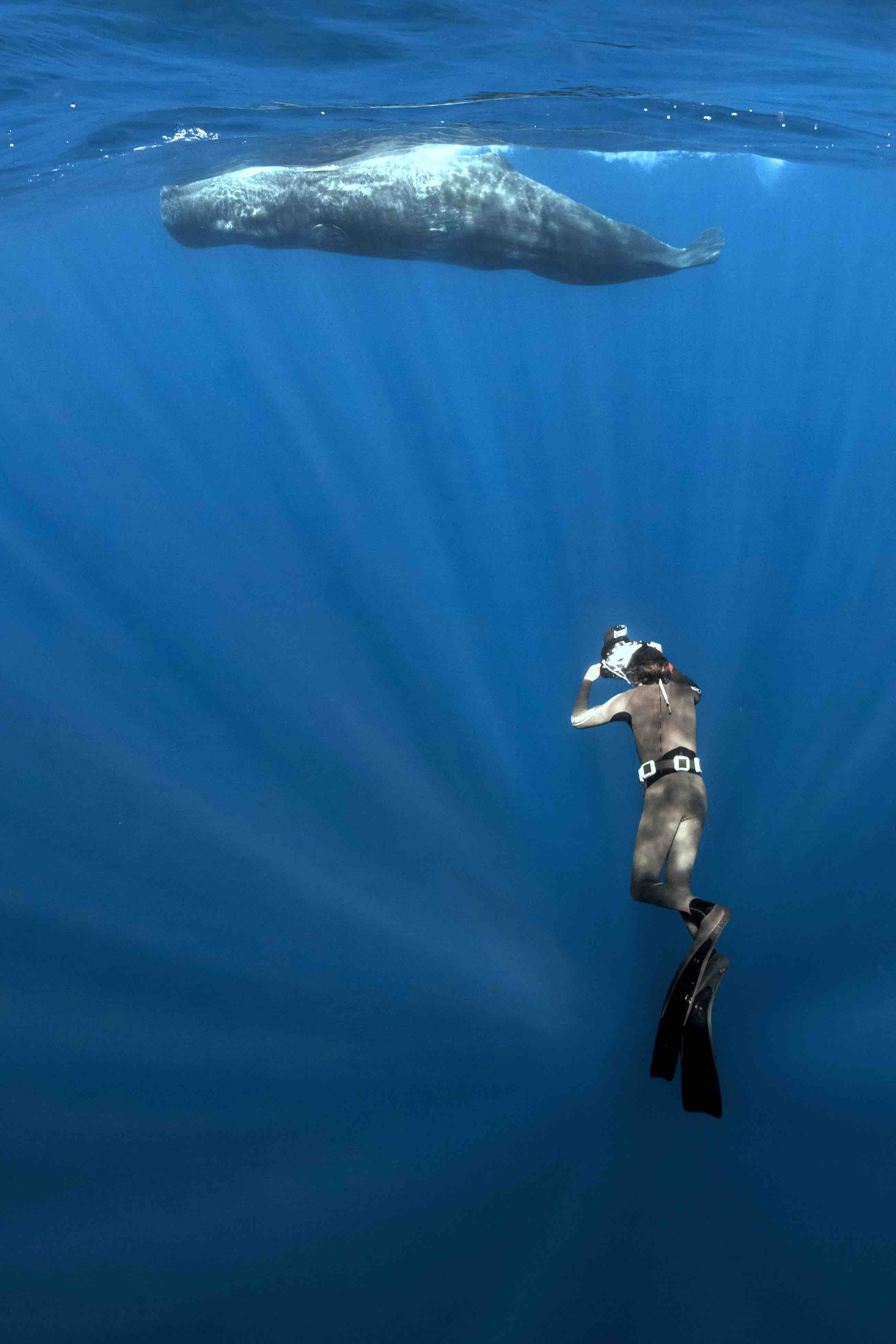 Freediving is the only practical way to approach sperm whales

The day started promisingly with three sightings and an underwater encounter to within about 14 metres. From a small boat like ours, it was not possible to see whales from the surface. Therefore, we worked with two vigias da baleia who watch out for whales from hillside observation towers, remnants from commercial whaling days. The boat’s radio suddenly crackled, and from the driver’s reaction I could tell it was a good message. A group of about six animals had been spotted about one nautical mile to the south.

Courtesy of twin 150-horsepower motors, we reached the spot quickly and there was our prize. The pod was swimming in circles very slowly, which was decidedly unusual behaviour. We cut the motors to avoid scaring them away, and kept to a safe distance of about 150 metres. With a last look at the pod’s position, I gently slid into the water. 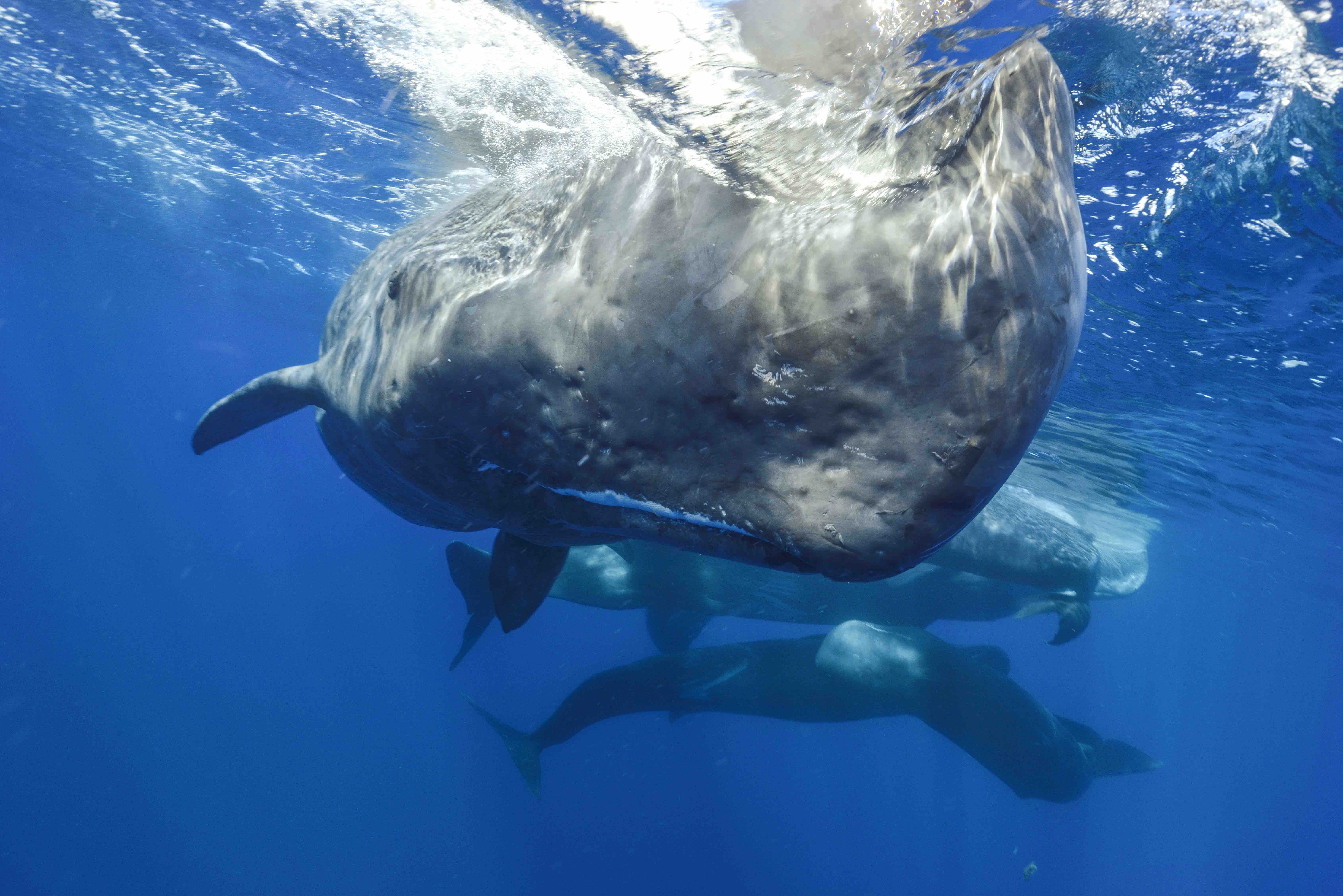 The mother’s massive head got bigger and bigger

For the first 80 metres I swam as fast as possible, scanning the blue to get a glimpse of the animals, but there was nothing but a big murky cloud. I soon realised that the cloud was blood, which appeared greenish because of the loss of red light underwater. This explained the pod’s strange behaviour. I thought they must be watching over a wounded member. 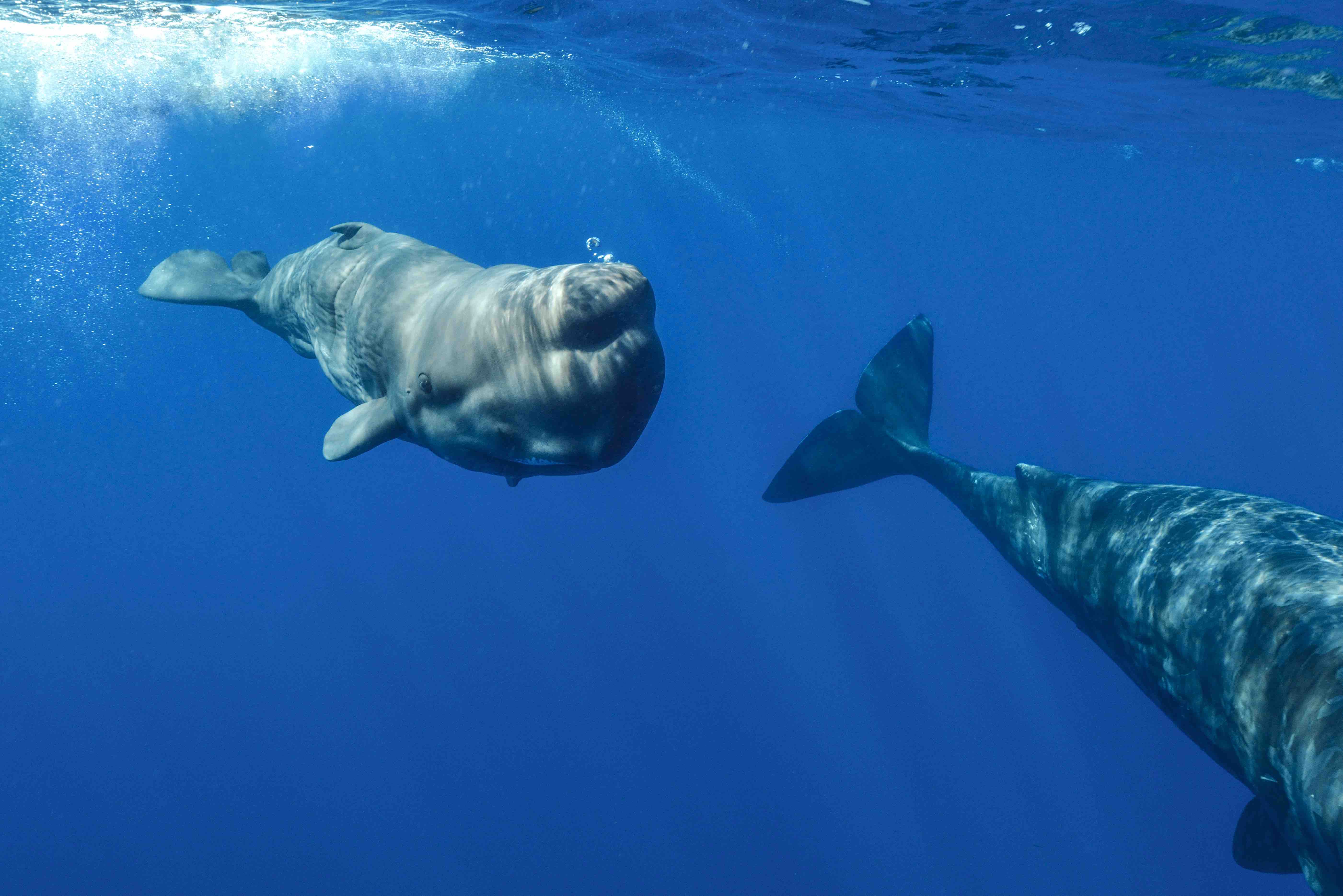 Soon the calf could swim independently for short distances

Female sperm whales are famously social. They form networks with their young and live in groups of 15 to 20 animals. Sexually mature males leave the pod and form associations with older males but travel alone. I assumed, correctly as it turned out, that this was a pod of females. As the whales’ communication sounds intensified and I got nearer, I could discern the group about 30 metres in front of me, huddled just below the surface. But with the sun directly in front of me it was difficult to see exactly what was going on.

I descended to about 15 metres to pass carefully beneath them. My descent revealed that my initial assessment was wrong. There was no wounded animal;  it was a mother giving birth. The placenta and pieces of skin were floating in the water around the calf, which had left the womb only seconds earlier.

For the rest of this article (Scuba Diver 2016 Issue 6 No 9) and other stories, check out our past issues here or download a digital copy here. 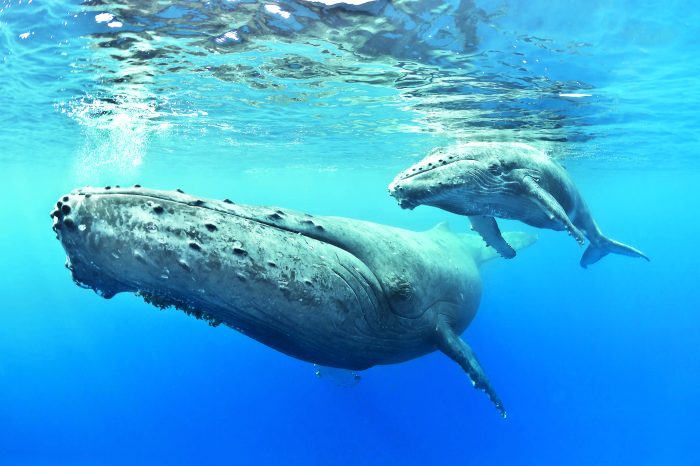 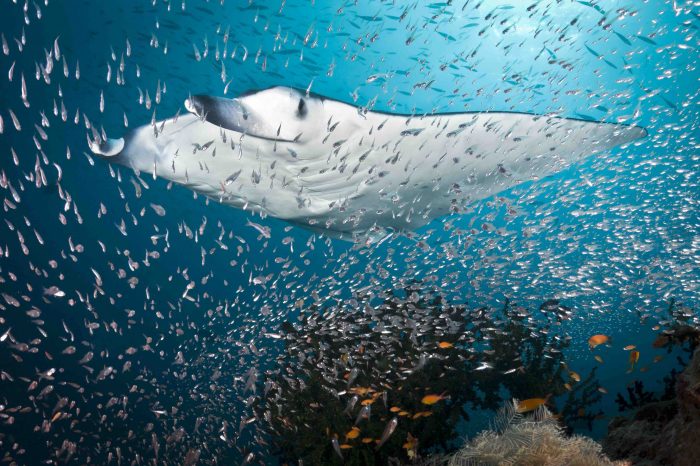 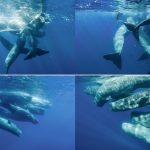