Nature is full of some wonderful surprises – and some rather weird ones. This piece of news definitely falls into the latter category. We hear of parasites leaching onto their hosts, but rarely do we hear of them controlling their hosts! It does happen though – Tocoplasma gondii can modify the behaviour of rodents and make them unafraid of cat urine (as you can imagine, they make a quick meal for felines!).

In 2015, another parasite was found to control their hosts – the eye fluke Diplostomum pseudospathaceum.

This parasite controls the host for the greater part of their life cycle.

Mikhail Gopko, from the Severtsov Institute of Ecology and Evolution in Moscow, made the initial discovery upon studying young rainbow trout that had been infected by young eye fluke.

He found that the trout were far less active and so less likely to be caught by dip-nets. This lack of activity – playing it safe, as it were – was certainly advantageous for the parasites since they were reliant on their hosts’ survival.

In an interview with New Scientist, Gopko noted that the parasites were “too young and innocent to infect a next host”.

However, as the parasite gets older and becomes ready to move onto the reproductive phase of its life cycle, it begins to exert a more active control over the fish. Rather than the initial dormant behaviour, the fish ascends to the waters’ surface and begins to swim a lot faster – catching the eye of predators.

For the study, Gopko and the team simulated bid swoops over the fish. All the fish froze, as was expected because it is a natural response. However, those fish that had been infected resumed swimming much faster than their uninfected counterparts.

This is all apart of the parasites’ plan – to make the fishes an easy target for birds. This is because the parasites reproduce within birds. Their eggs are then shed in a bird’s faeces.

Following from birth, the young eye fluke seek out more hosts, starting with snails, within which they multiply, and then onto fish. They will penetrate a fish via the skin, and force their way towards the eye. It is here that that they can exert an influence on their hosts behaviour.

Alas, as with much of nature, we have no idea how they do this!

A stomach-churning example of a parasite buried into the eye of a fish (a freshwater common bully, native to New Zealand) © parasiteRP: 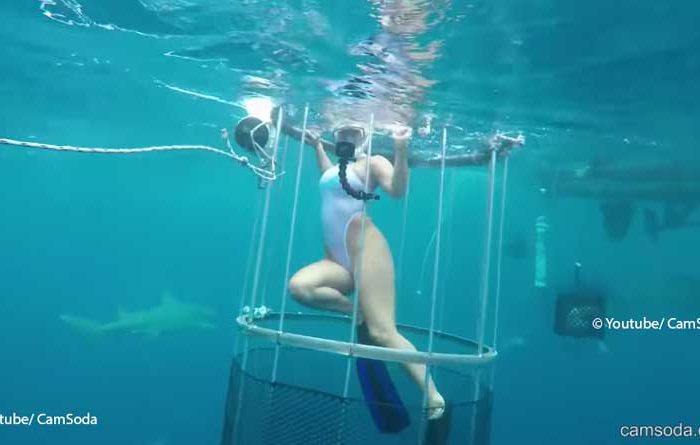 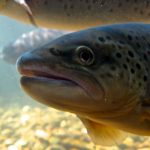