Dr. Paul Sikkel on the parasites benefiting from the ravages of climate change 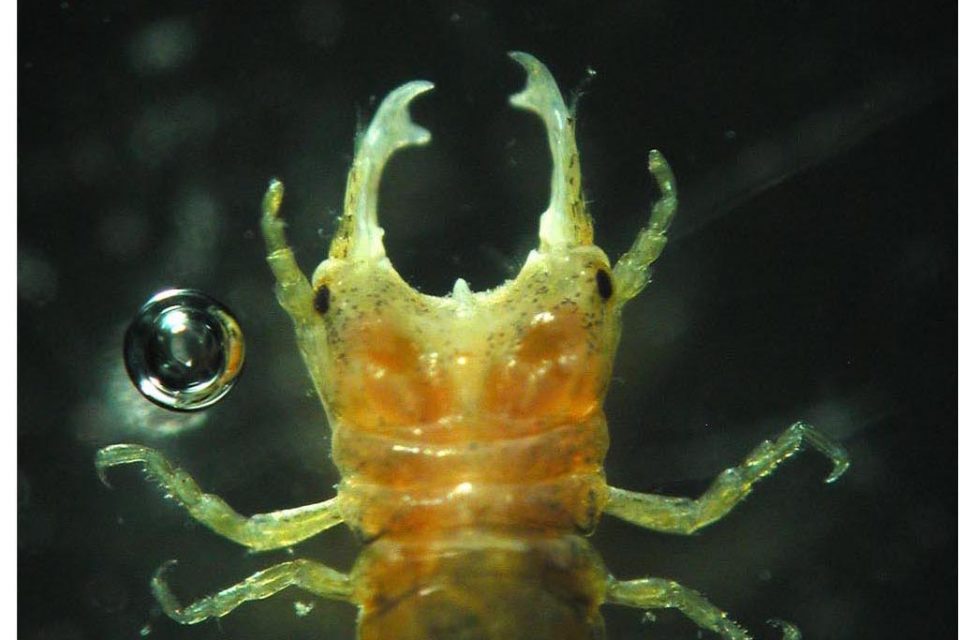 Like so many divers and marine scientists of my generation, I was inspired by watching countless hours of The Undersea World of Jacques Cousteau: Whales, sharks, colourful coral reef fishes, and brilliant coral reefs! My first snorkelling experience came in seventh grade when I enrolled in a freediving course at the local YMCA in La Canada, California. After that class, I knew that my professional future belonged to the ocean. I received my open-water scuba certification at age 16, and my divemaster and instructor certification at age 21. I went on to complete Bachelor’s, Master’s, and Ph.D. degrees in biology and marine science. Like the vast majority of divers, my focus when in the water was on the big and the spectacular – things that were easily seen.

My perspective changed radically when in 1997, I observed damselfish on a coral reef interrupting spawning to visit cleaning stations at dawn.

As many divers know, cleaner fishes and shrimps remove parasites from larger fishes. Broadly known as cleaning symbiosis, these interactions occur at stable locations on the reef known as “cleaning stations” that are easily identifiable to divers and to fishes that visit them. Since this chance observation, the primary focus of my research has been on the tiny things that make their living by consuming parts of larger organisms such as fishes – parasites, some of which are eaten by cleaners. Because parasites are difficult to see, they are typically ignored by most divers and even most scientists. Yet, they represent something of a smaller majority – over 50 percent of the living organisms on coral reefs. Every living thing that is visible to a diver is habitat for parasites, and even many parasites have parasites! 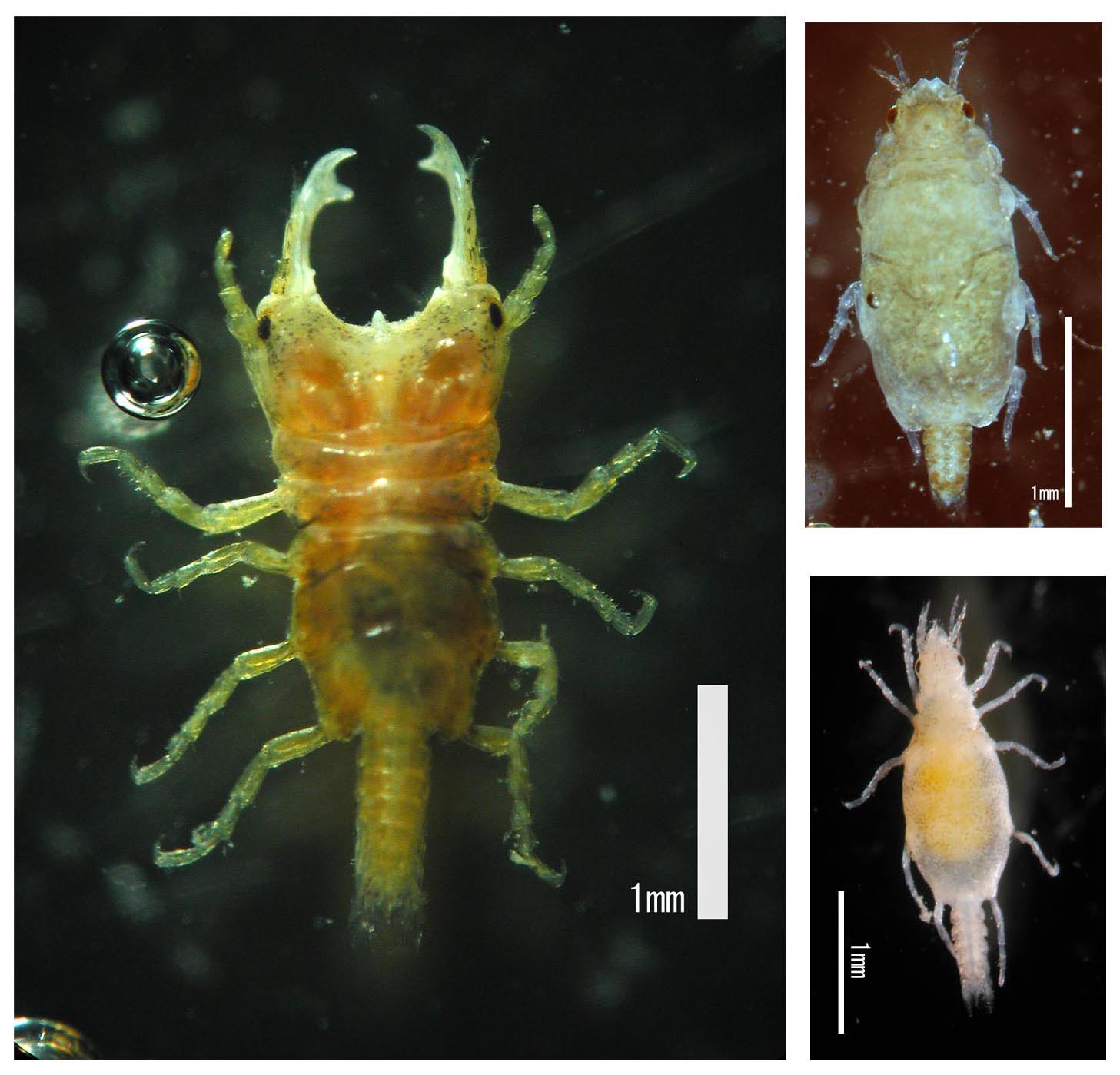 Gnathiids are tiny, but under a microscope they can be appreciated for the complex organisms that they are © Y-zo/ Wikimedia Commons

The ticks of the sea

If one opens the gut of a cleaner fish, what stands out is the large numbers of a particular kind of parasite called a gnathiid isopod. In fact, larger cleaners such as the cleaner wrasses that are so common in Asian and Australian reefs can eat over 1,000 of these parasites each day.

Gnathiids are very similar to ticks and mosquitoes on land – the “ticks of the sea”. Like ticks and mosquitoes, gnathiids attach to their host long enough to secure a blood meal. It is during this feeding stage that they can be eaten by cleaners. After their blood meal, they drop off and hide in the reef, digesting their meal and molting to the next stage, and then feeding again.

This continues until they have reached adulthood (only juvenile gnathiids feed on fish blood), when they do not feed, but reproduce, then die.

Gnathiids play a major role on coral reefs. The irritation they cause their host fish influences the behaviour of coral reef fishes such that they increase their interaction with cleaners. Large numbers of gnathiids can even kill adult-size fish, and a single gnathiid can kill settlement size fish.

When we first began our parasite studies, we were shocked and amazed at how many gnathiids we caught. Often hundreds in a single trap covering only a single square metre of reef. In comparison, our Australian colleagues, working at the then pristine reefs off Lizard Island, on the Great Barrier Reef (GBR), were catching far fewer and they too were amazed at how many we were able to catch. Upon some reflection, we realised that a major difference between our reefs and theirs was the amount of live coral. Our study reefs had been heavily damaged and had very little live coral. In contrast, theirs included a high degree of live coral cover. Might coral cover influence gnathiid parasite abundance? In laboratory experiments, we discovered that live coral did indeed eat gnathiids, and that, given the choice, gnathiids avoided live coral. In contrast, gnathiids loved to hide in dead coral. Field sampling on a single reef in a marine reserve in the Philippines has also revealed a potential link between gnathiid abundance and live coral.

One of the most depressing experiences of my life as a diver was witnessing the aftermath of the mass bleaching event that occurred in the northern GBR in 2016. As fate would have it, we had just received funding to collaborate with our Australian colleagues on a comparative study on the factors that influence gnathiid isopod populations, comparing the relatively pristine GBR environment with other more heavily impacted environments. Now, our GBR sites were themselves heavily impacted reefs.

The reefs are our responsibility

As most divers know, coral reef environments are very stable environments, and the creatures that live there, especially the corals, are not well adapted to major changes. While Australia and local governments of many islands in the tropics where coral reefs exist have implemented conservation measures to help protect the reef from local factors such as runoff, what is arguably the biggest threat to coral reefs – climate change – is beyond their control.

Mounting evidence points to human-produced greenhouse gases as the primary driver of current climate change, and thus ocean warming and coral bleaching. However, most such gases are produced by industrialised countries that themselves are not surrounded by coral reefs, and it is from these same countries that most divers visiting coral reefs live. This is a clear example of what, in legal circles, is known as “transboundary harm”. Thus, as divers who love to enjoy and study life on coral reefs, we need to carefully consider the transboundary harm caused by our lifestyle and how to reduce it, and lessen the impact on coral reefs and the organisms and people that depend on them.

Dr. Paul Sikkel‘s mission is to be a voice for the life of the seas and the people who are working to save them.

This article was published in Asian Diver’s Climate Change Issue 1/2017 – Read up on the very real phenomena happening right now in our oceans, and discover some of the exciting research that brings hope of redemption. 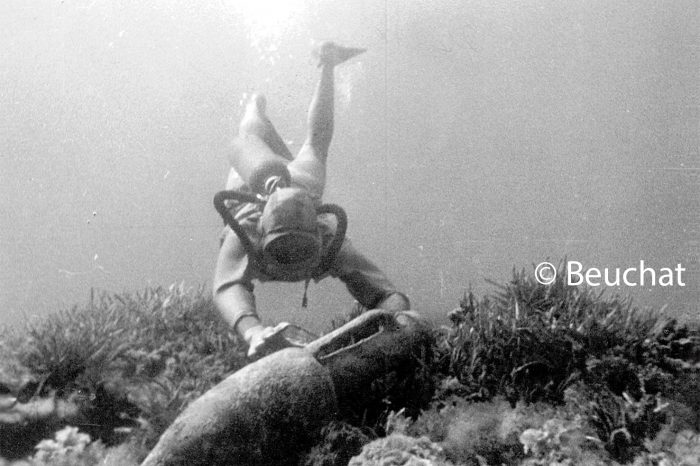 Pioneer of the Week: Georges Beuchat 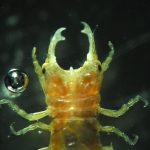