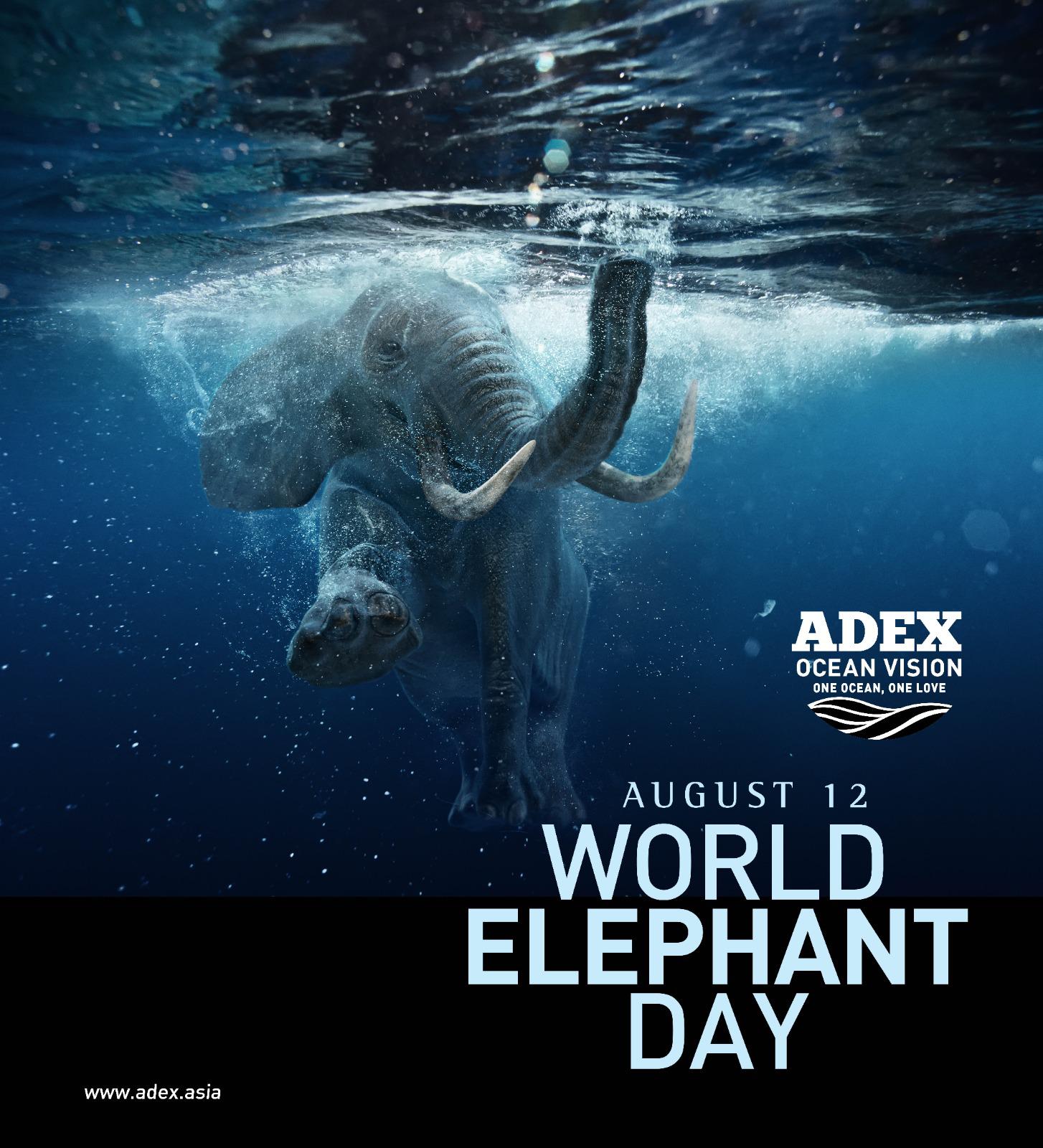 On August 12, 2012, filmmaker Patricia Sims and the Elephant Reintroduction Foundation launched the World Elephant Day to bring attention to the urgent plight of the dwindling global elephant population.

Ten years later, #WorldElephantDay remains as a hashtag that annually exceeds billions of social media impressions and has become a gold standard for international social-awareness days.

World Elephant Day also serves as an important reminder that Mother Earth is home to so much diversity of life. Over a century ago, the African elephant population saw numbers as high as 5 million and the Asian elephants were 200,000 strong. Now, the populations have declined drastically by more than 62%. The increased predations, ivory trade and loss of vital habitats in recent years have driven elephants to the brink of extinction.

The magnificent creatures, sometimes known as “ecosystem engineers”, have an incredibly profound impact on the local ecosystem. The dynamics and the movements of the elephants create pathways in densely forested habitats that allow passage for other animals.

While many would associate the big elephants with savannah plains and thick jungles, did you know that elephants are excellent swimmers? 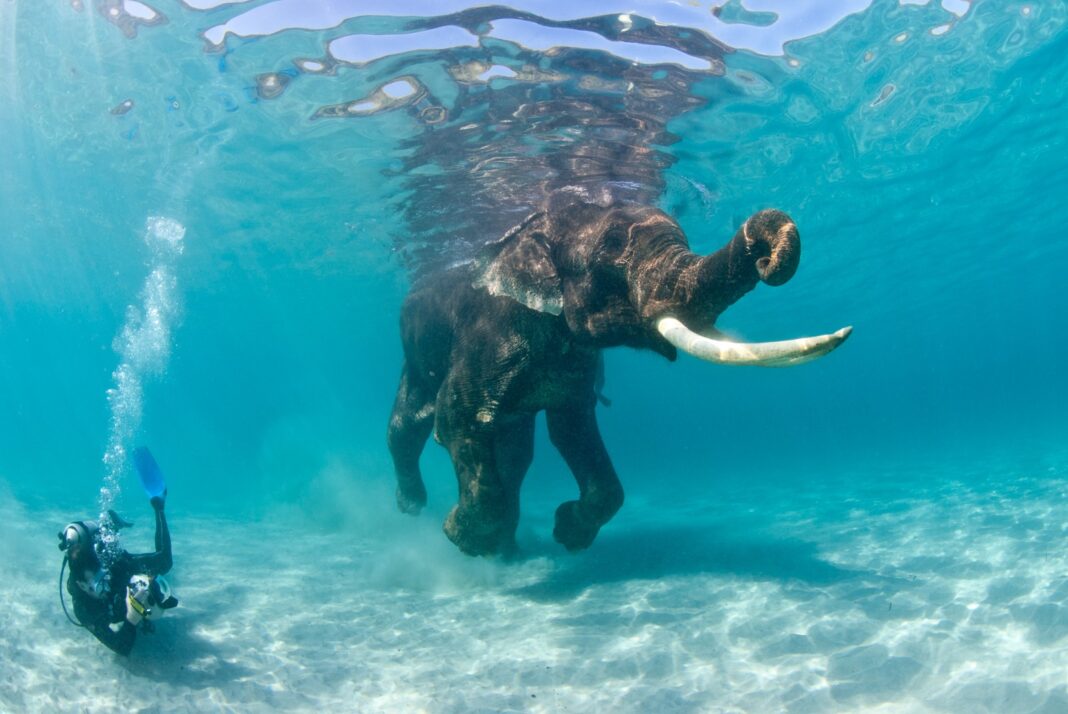 Born in southern India around 1950, Rajan the swimming elephant became internationally acclaimed for his willingness to pose for underwater photographers, as he propelled through the ocean with surprisingly graceful gliding strokes.

Long before he made his name, the gentle giant began his journey as a young adult to perform hard labour in the logging industry in the remote Andaman Islands. At that time, with the limited infrastructure on the islands, the most efficient and cost-effective way to transport elephants was making them swim. Therefore, swimming elephants like Rajan were born.

Somewhere between dutifully hauling logs and swimming from island to island, Rajan found the love of his life. While elephants are known to have fleeting affairs, this was not the case for Rajan and his female partner. They were seen together frequently over the years. Sharing their love of swimming, the two lovebirds can often be seen enjoying taking a dip in the ocean together after work.

The pair lived happily together for several decades, until a few years ago the female was bitten by a cobra and succumbed to complications. Her death proved too much for Rajan to bear. Rajan spiralled into a deep depression for more than a year, and his grief slowly made him less and less engaged in his duties. In that state, combined with the logging ban by the Indian Government, Rajan, along with many other elephants, was deemed useless to his employers and their future became bleak.

Luckily, Tarsem Singh, a movie director, took notice of Rajan the swimming elephant and cast him in the 2006 Hollywood film The Fall. It was this film that brought him to the idyllic island of Havelock, where the job scope and environment change reinvigorated him and brought his former self back.

After filming, his owners intended to ship him back to the mainland, which would likely put him through a treacherous journey of drudgery and captivity. This was, unfortunately, the fate of many jobless elephants, who were shipped to the mainland temples and often died in a year or two.

Fortunately, the owners of Barefoot Resort, who had been looking after Rajan on Havelock, intervened to keep the beloved jumbo. As Rajan’s previous owners demanded a huge sum in exchange, Rajan raised funds by swimming with divers, photographers and filmmakers.

With a few sessions each month, he finally raised enough money to earn his freedom and retired from underwater modelling in 2014. Since then, he is often seen wandering in the forests near the resort, enjoying his well-deserved retirement while entertaining islanders and visitors.

Rajan the swimming elephant lived a full life, passing on at a ripe old age of 66 in 2016. 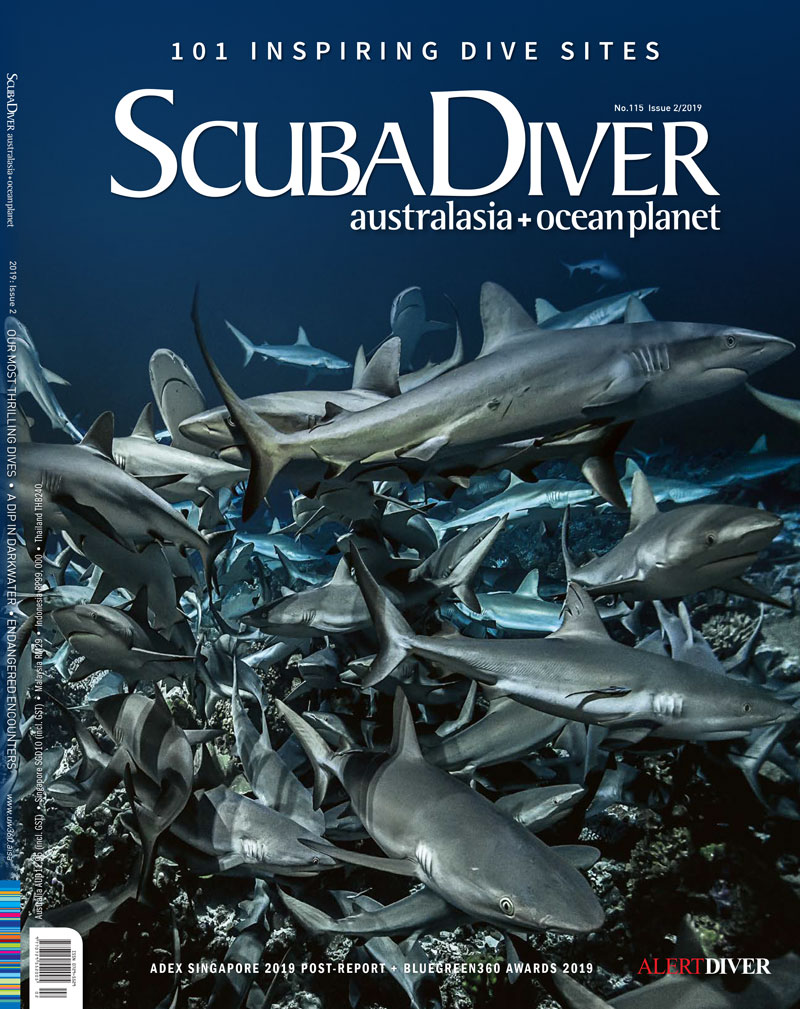 For more stories and photographs from the issue, see ScubaDiver Issue 2/2019 No. 115. Check out the latest issue of the ScubaDiver Magazine coming to shelves soon, or reserve your copy by emailing marketing@asiangeo.com. 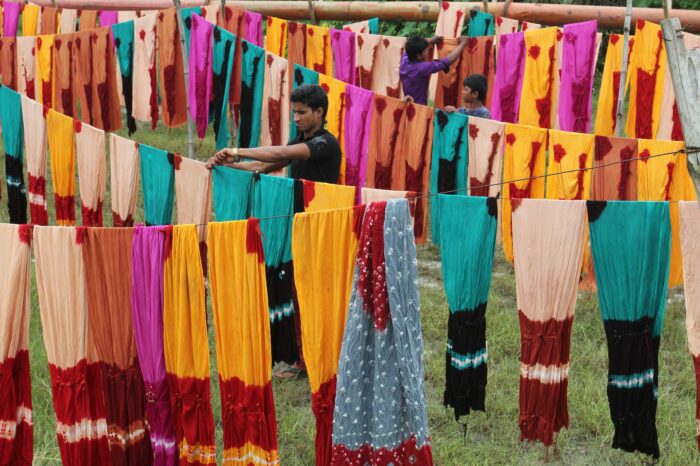 The social distance between you and your clothes 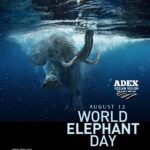