Dive in with James Jung as he takes you inside the Black Hole in Palau, a chamber also known as the Cave of Doom (Text by James Jung, Photo by W.Alker/Westend61/ Corbis) 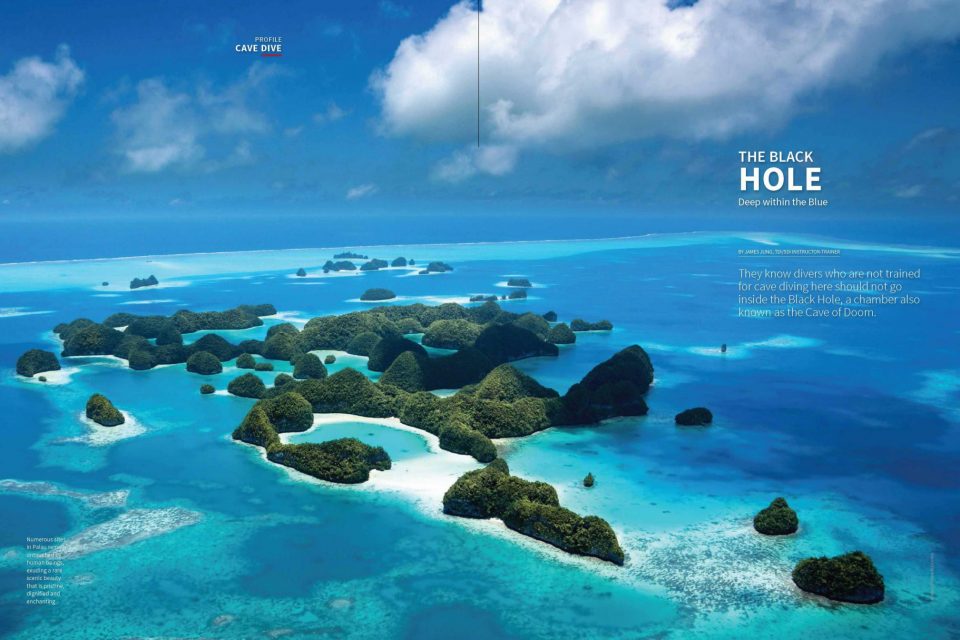 BEYOND the 2,300 islands of untouched Palau, lies the famous Black Hole.

The journey begins at Rock Islands. Divers who have done Palau may recollect days where sky and sea merged and dive sites were immersed in cobalt blue. Past the thousands of islands of untouched Palau, lies the famous Blue Hole. It is considered one of the best dive sites in this island paradise.

Situated south of Ngemelis Island, the Blue Holes are four vertical shafts that open on top of the reef into a huge cavern. Popular with snorkellers, divers and underwater photographers, the site is famed for the spectacular rays of sunlight that penetrate through the openings into the blue water below. 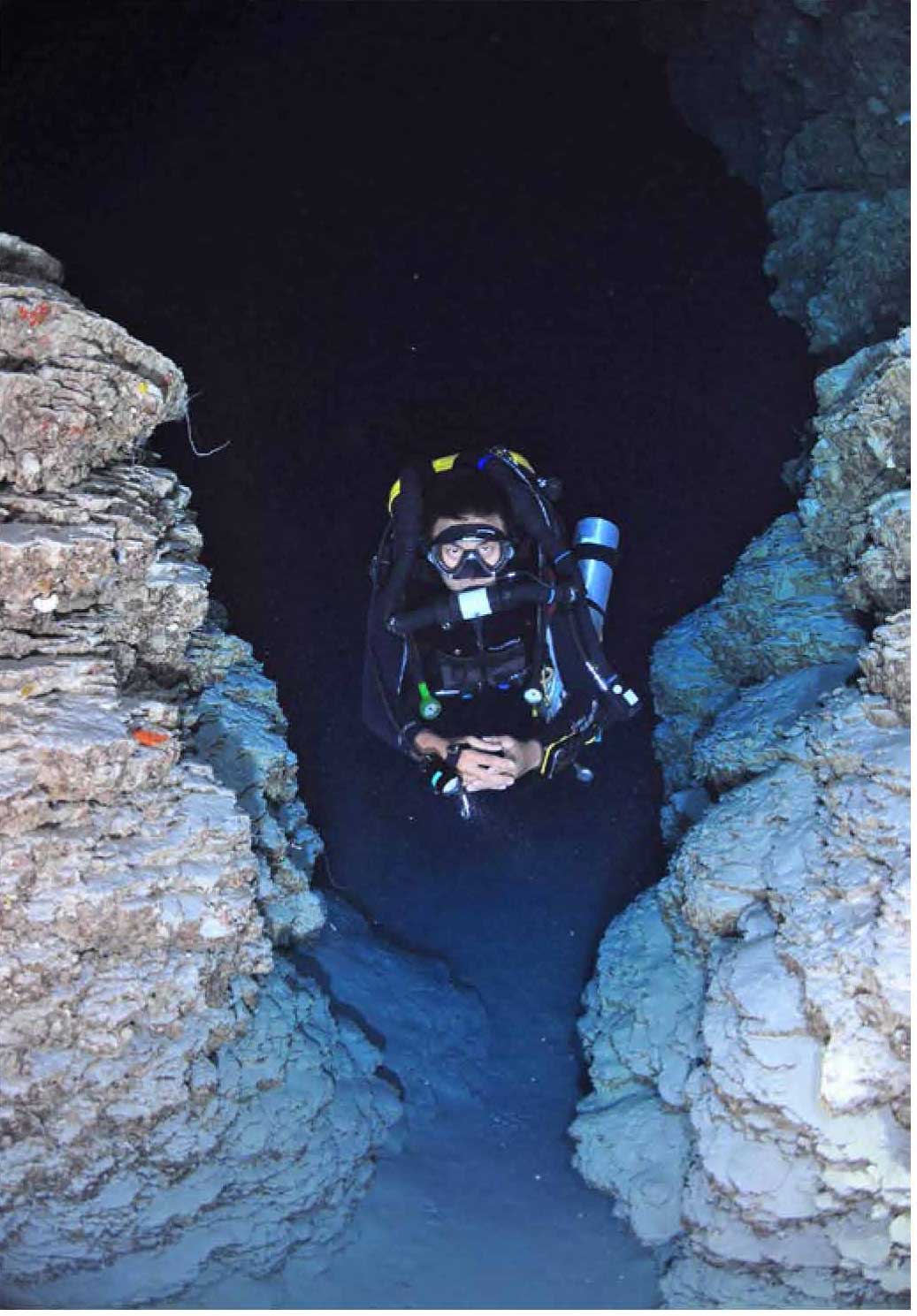 The Temple of Doom is unequivocally a dive for only the qualified and experienced, for once through the small entrance, there is no direct access to the surface (Photo by .W.Alker/Westend61/ Corbis)

However, if you go further into tek terrritory, beyond the blue, there is Palau’s Black Hole. While little detailed information about the cave exists, there are various unconfirmed tales of fatal accidents that took place within, earning this magnificent expanse names such as “Death Hole” and “The Temple of Doom”. As such, the majority of divers have been deterred from exploring the fabled cavity, and there are likely only a few divers in Palau skilled enough to dive the Black Hole – those equipped with the proper knowledge, experience and equipment.

I made several attempts in 2013, but accomplished little due to a lack of tek gear and a support team. By 2014, I had started to set up a tek dive centre in Palau, complete with rebreathers, twin cylinders, deco cylinders, and more. I then tried again to unveil the clandestine black beyond the blue

I have to admit that the name sent chills down my spine. The horizontal topography suddenly changing to a sheer 70-metre drop; divers running out of air alone in the darkness – such tales have fed the rumours of death and doom. But the reality was bound to be different, and the stories only got me more curious, making me ever more determined to explore the cave – with the proper gear, of course.

INTO THE BLACK
Descending into the Blue Holes, we found a permanent line along the cave, as well as several arrows right in the middle of the cave, and we swam along the line to the end. Here, at a depth of 23 metres, just beside an Indo-Pacific electric flame scallop (Ctenoides ales), was the entrance to the Black Hole.

The opening to the Black Hole is very narrow – barely a metre wide – but beyond is an expansive, magical chamber. It measured about 15 metres wide and 24 metres high, leaving a ceiling-to-surface distance of 18 metres. A layer of fine silt lay on the bottom, at 42 metres. The cave seemed to be about 80 to 100 metres long. We found several small holes along the bottom covered with thick layers of silt that formed little mounds, but they were not branching caves. 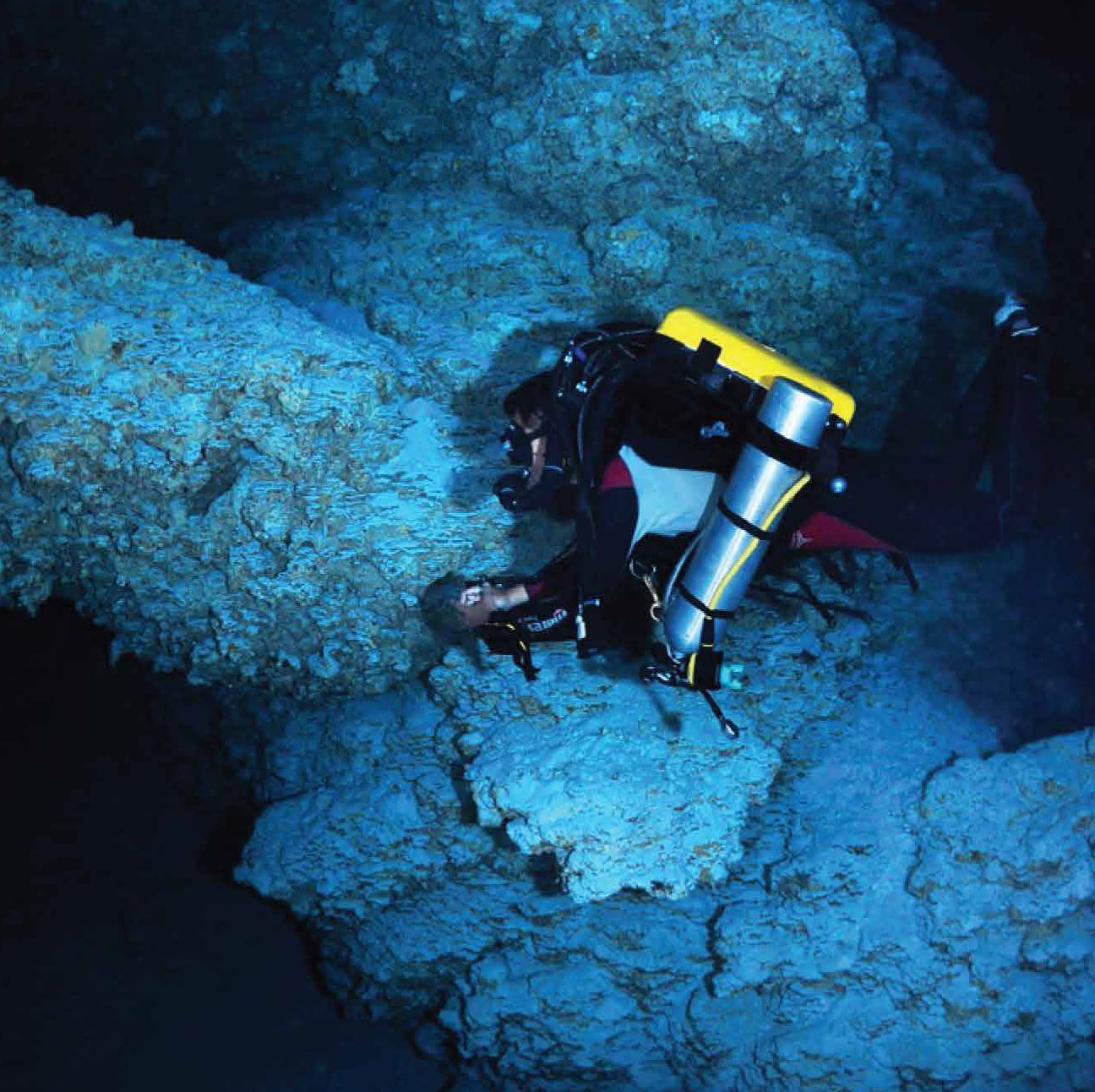 The Black Hole meanders southwest. The cave walls are covered in thick debris. The sand mounds on the bottom mimic a desert landscape, which then eventually leads to a floor resembling the topography of a canyon. What comes to mind is how all these would be perfect for wide-angle cave scenes. We found the remnants of two turtles: one was well preserved, the shape of its remains instantly recognisable; the other had left just a few bones as evidence of its existence.

Read the rest of this article in 2015 Issue 1 Volume 136 of Asian Diver magazine by subscribing here or check out all of our publications here. 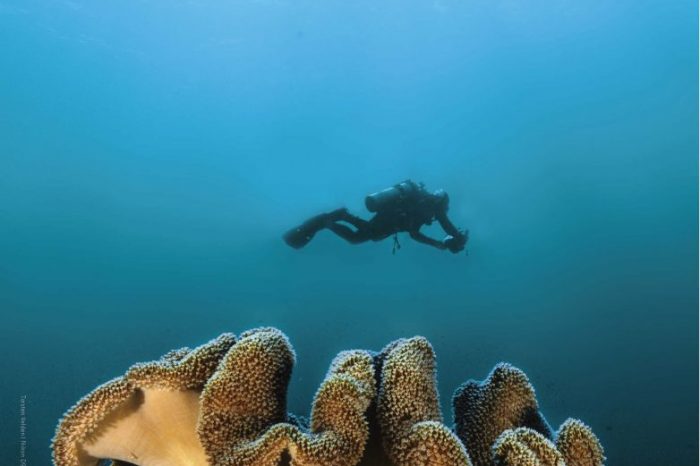 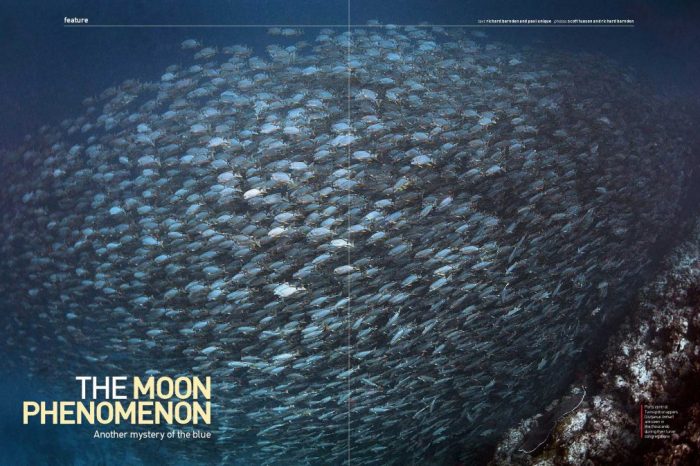 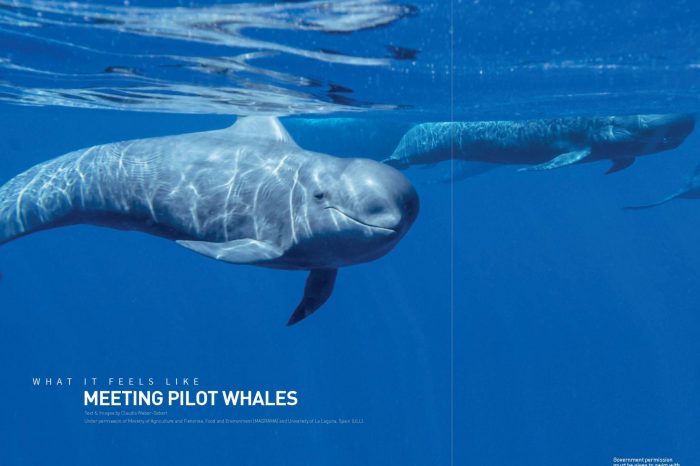 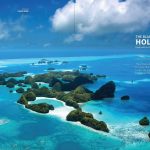