An addictive adventure to the HMS Hermes 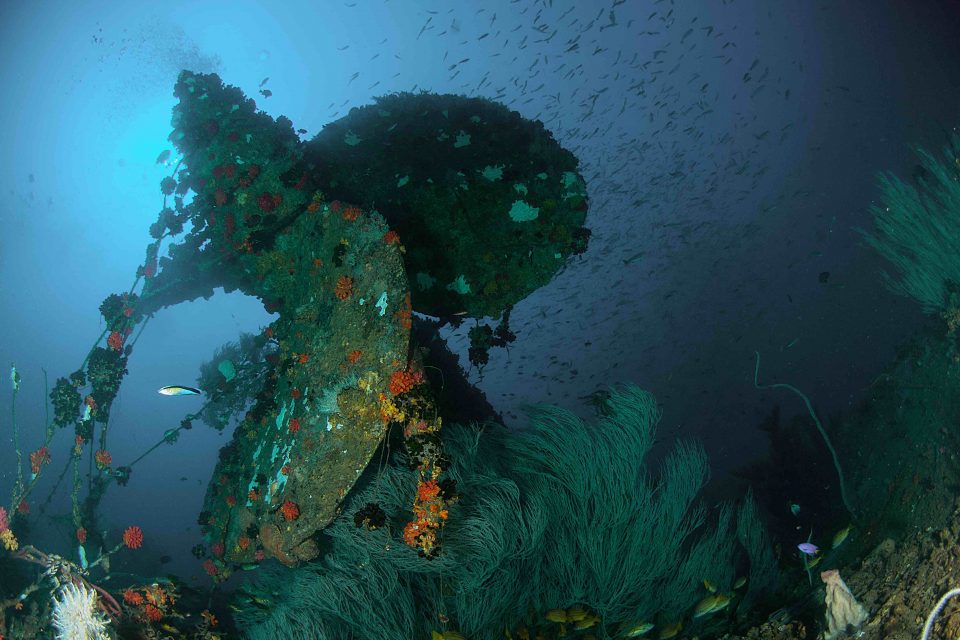 At 53 metres and beyond recreational depth limits, the world of the HMS Hermes is surreal. It is also a favourite site to explore for veteran tek diver and Asian Diver Field Journalist for Sri Lanka, Dharshana Jayawardena. We sink into the darkness of the Hermes and discover how it’s stuff dreams are made of.

The month of April 1942, at the height of World War II, was a pivotal moment for Ceylon, as the country was known under its British rulers. A massive Japanese invasion was imminent and the same sea/air strike group that lay devastation to Pearl Harbor, led by Vice Admiral Chuichi Nagumo, was now gathered southeast of the island, poised for a surprise attack.

Then, in what the famous wartime Prime Minister of Britain, Sir Winston Churchill later called “The most dangerous moment of World War II”, the Japanese unleashed a wave of air strikes over the east coast of the island on April 9, 1942.  One of their targets was the naval carrier group led by the HMS Hermes. The attack lasted only a few minutes, but Japanese VAL dive-bombers scored 40 direct hits on the defenceless carrier, causing it to sink within 10 minutes. Over 300 sailors died in the attack.

Today, the Hermes is one of the deepest dives and one of the best dive sites in Sri Lanka, lying 10 kilometres off the idyllic shores of Batticaloa, an easternmost town that was ravaged by three decades of war and the catastrophic tsunami of December 2004. The journey to Batticaloa can be arduous, often requiring a gruelling eight- to 10-hour drive through winding roads, thick jungles, fiercely inhospitable and uninhabitable bush country, and countless security checkpoints. Yet the trip is almost as exciting as the destination, because brief detours can be made to two wonders of the ancient world: the magnificent rock fortress of Sigiriya and the ruins at Polonnaruwa. 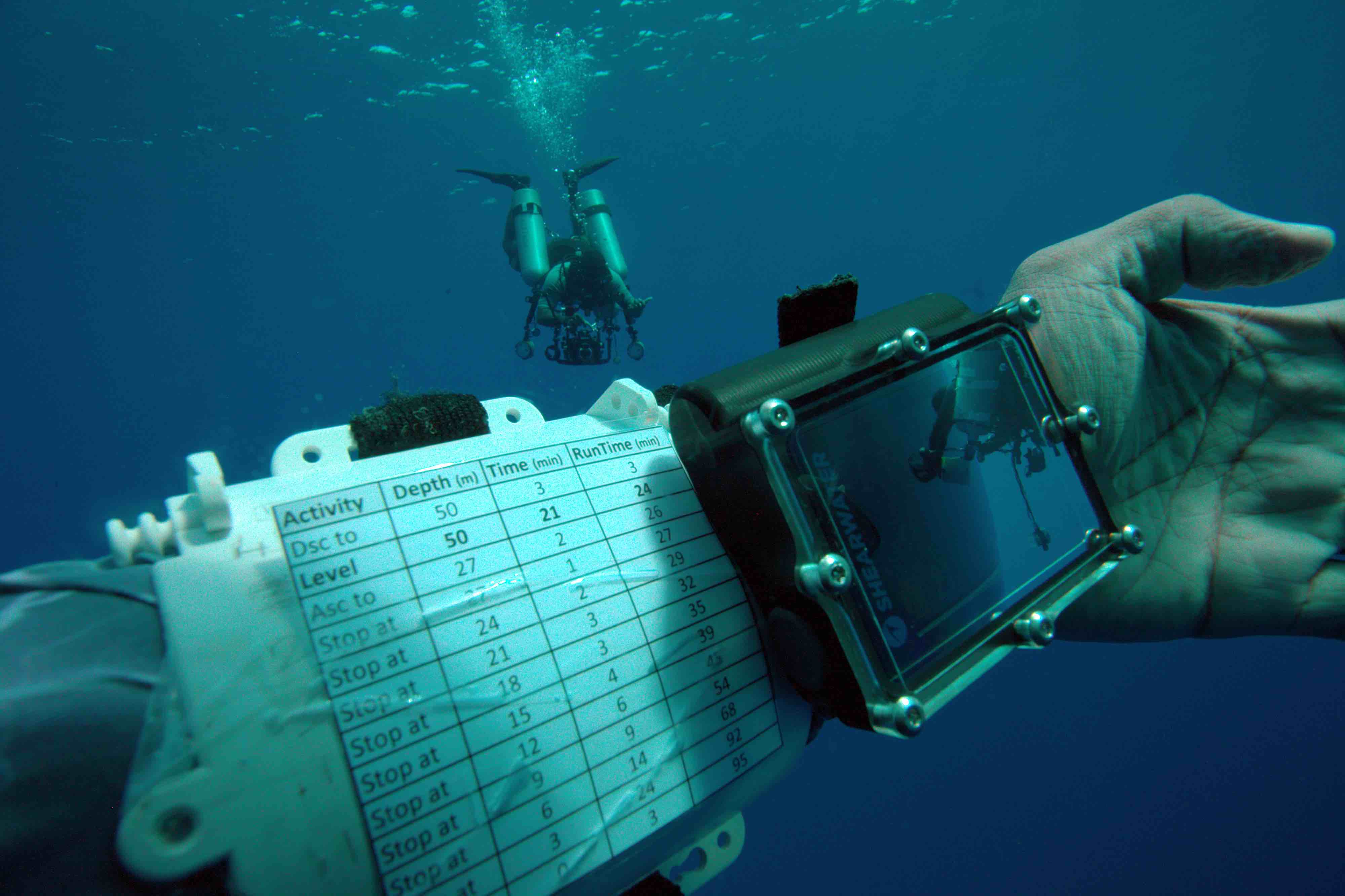 A typical dive plan to the Hermes is 25 minutes at the bottom with a primary dive computer, a backup computer and a plan on wrist slate as the third backup in case of computer failure

At 53 metres deep, beyond recreational depth limits, the world of Hermes is surreal and dream-like. It is a mysterious shadow world of low light, with ominous-looking structures that loom over the seascape. Because of challenging conditions, it is a dive only for tek divers. While trimix is the best gas option to explore the Hermes, especially if you are new to tek diving, it is also possible to dive with air, especially if you have experience in deep air-diving.

The conditions can vary at the Hermes, depending on the month. A strong colder-water current can be experienced at depth and fighting against it can really impair the judgment of a diver because of severe narcosis when air-diving. Because of the currents and the size of the ship, it is sometimes impossible to get back to the anchor line, so divers should be prepared for a drifting ascent during the long hour of decompression. Given that this is a remote location with scant access to medical help and hours away from a decompression chamber, it is certainly a dive requiring immaculate planning, proper procedures and safety equipment.

When it sank, the Hermes tipped over and came to rest on its flight deck, partly propped up by the “island” or superstructure. At 183 metres long, the wreck is huge and requires many dives to thoroughly explore it. The keel of the ship is at a depth of 48 metres, and like a magical white forest in a mythical land, the entire hull is covered with a beautiful outcrop of large black coral. At 53 metres, most of the upper deck is buried and beyond reach. Yet, to this day, you can see the great Bofors guns of the lower deck, anti-aircraft guns, the island superstructure, a huge propeller, and the massive caverns that once led to the lower deck. Also strewn across the wreck are unused anti-aircraft shells. While most of the wreck is largely intact, the bombing damage in some areas is so severe that it is impossible to ascertain at which part of the ship you are positioned. 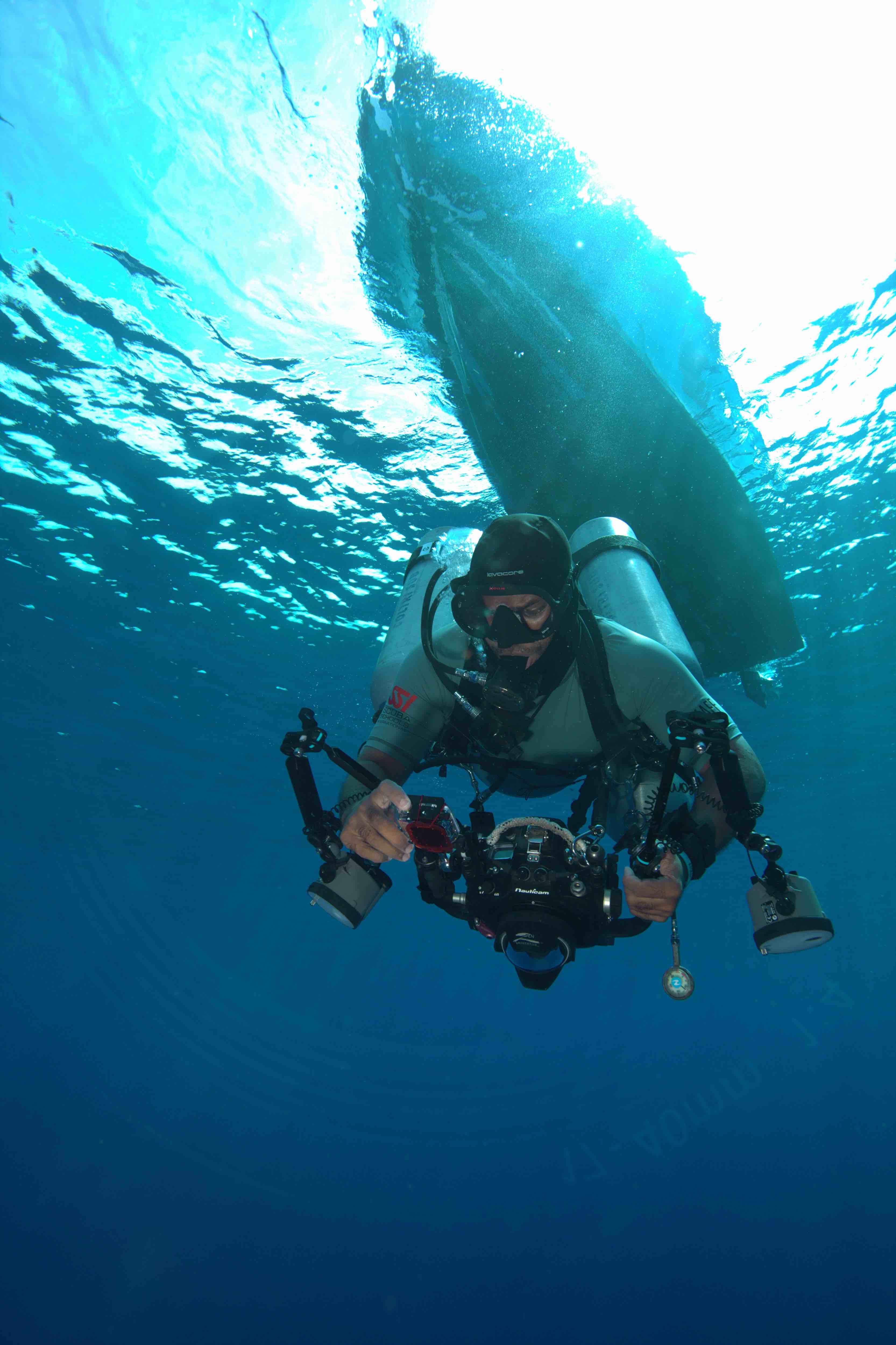 It is the teeming marine life at the Hermes site that sets it apart from many other dives in Sri Lanka. Here, especially during the months of August to October, sea creatures are in great abundance. Large potato cods peer curiously through the black coral at intruding divers. Massive shoals of mangrove and bluestripe snappers congregate over the keel like large rain clouds. Solitary great barracuda, packs of huge dogtooth tuna and giant trevally join this melee by hovering around the ship and waiting for an opportune moment to pounce on an unsuspecting victim. The Hermes, it seems, is the theatre for an eternal ballet of life and death between predator and prey. Sometimes, even bigger pelagics such as sailfish and passing Bryde’s whales can be seen.

For the rest of this article (Asian Diver 2013 Issue 4 No 139) and other stories, check out our past issues here or download a digital copy here. 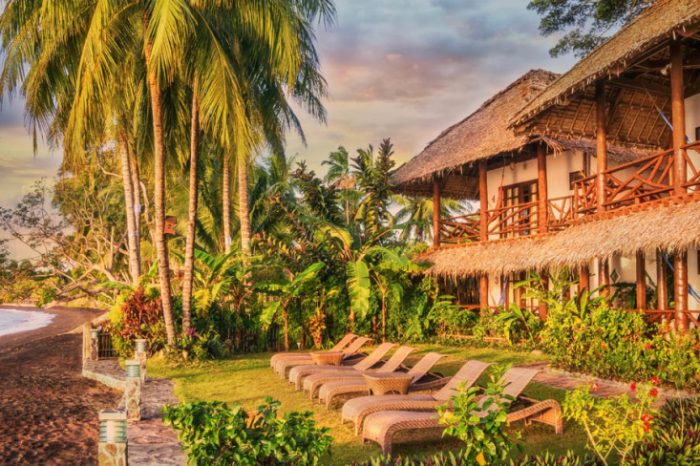 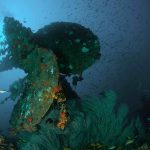