Diving in Iceland is unlike any other dive trip. Here, hot and cold water collide, creating pillars of life from the depths of the sea; ice freezes to a blue hue, trapping frozen waterfalls within. Welcome to the land of fire and ice!

Sixteen million years ago, in the northern-most region of the Earth, a land of fire and ice first appeared after a fissure in the Mid-Atlantic Ridge created a volcanic hotspot that gave birth to this landmass. Here, the North American and Eurasian tectonic plates meet, continuously diverging and expanding the land area by five centimetres each year. Active volcanoes, geysers, glaciers and geothermal areas populate the island. Because of its dramatic topography and geographical location, almost 80 percent of the country is uninhabited, with only 330,000 people living in Iceland today.

Inspiringly, all of Iceland’s energy is produced via geothermal and hydroelectric power, with 90 percent of households heated by geothermal water. The land offers plentiful natural resources that Icelanders have harnessed to produce renewable energy.

Iceland’s underwater sights are no less enchanting than its topside scenery. Flooded ice caves and hydrothermal underwater cones are just some of the unique dive sites that the land of fire and ice offers. 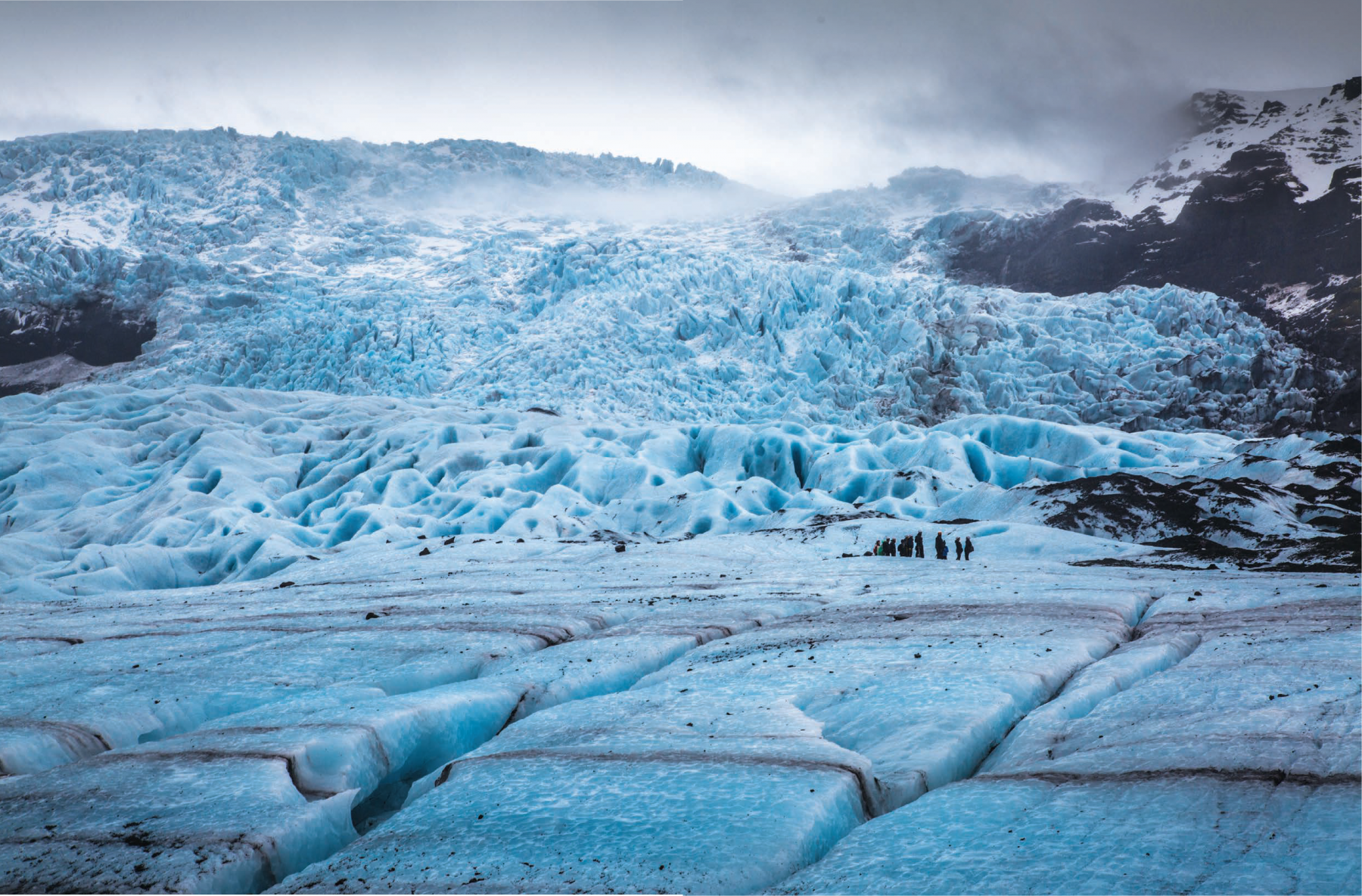 One-third of Iceland is covered with glaciers – bodies of densely-packed ice that accumulate over centuries from snowfall. Every summer, the glaciers undergo melting, and the meltwater forms rivers on the glacier surface that flow into the glacier itself. These rivers usually run from around April and freeze when the cold winter arrives in November. This leaves behind large caves under the glacier surface. In recent years, these caves have become a popular attraction for adventurous tourists, as their blue ice roofs are a mesmerising sight to see, especially when light enters.

Last April, when the glaciers began to melt and the rivers started flowing, Magmadive heard of a cave found high on the Langjökull glacier that had begun to flood, so we set off to see if it could be dived. The expedition itself would be difficult, with the cave at an altitude of 840 metres that was very difficult to access, especially with all of our dive equipment.

Stage one of the expedition involved getting from Reykjavik, the capital of Iceland – which is located   200 kilometres inland – to a snowmobile base elevated at 400 metres. To get there, we needed to use a “super jeep”, a modified vehicle with one-metre tyres that can be inflated and deflated while riding the rough terrain. We loaded the jeep and drove until we arrived at the foot of the glacier.

At this point, we unloaded all of the dive equipment onto sleds and strapped them in for the final leg of the journey. The sleds were attached to high-performance snowmobiles that allowed us to travel a further 10 kilometres up to an elevation of 840 metres, where we found ourselves at the top of the glacier.

We looked down into the entrance of the ice cave, where the water level could be seen 10 metres below. With no time to waste, we donned our drysuits and descended down to investigate before the actual dive. When we reached the waterline, we shone a torch into the water and were amazed to find it crystal clear. With the excitement building, we quickly returned to the surface to prepare for the dive.

To perform the dive, we adopted the standard ice diving practice of having a surface team and an underwater team. A surface line connected to the first diver’s harness was used, which was looped through and tied to the second diver. This allows the divers to decide how much line to let out and the maximum distance between them. The line is also used as a tool for communication: The diver feeding the line can communicate with the surface team through a series of different tugs.

Magmadive lead guide Kuba and I were the first to enter. As an underwater photographer, I was keen to be the first to see the cave in all its glory. As Kuba and I descended into the water, we were met by a tight passage that could only be passed through a single file. As we reached the end, the cave opened up and we could see straight into the clear water.

I had brought some pretty powerful, wide video lights, so I switched one on to light up the cave. Once on, I was blown away by the shear blue ceiling of the ice roof. We continued to swim to the widest and most open part of the cave, and reached the far end to find a frozen waterfall. At the start of spring, the snow on the glacier begins to melt and then freezes. Over time, this repetitive cycle creates a frozen waterfall inside the cave. It was incredible to see: the pure-white frozen column of ice surrounded by the blue ceiling of the cave.

After the second team had their turn, we packed the kit up onto the snowmobile and had a fun ride back to the super jeep. It turns out that drysuits are the perfect outfit for snowmobiling! 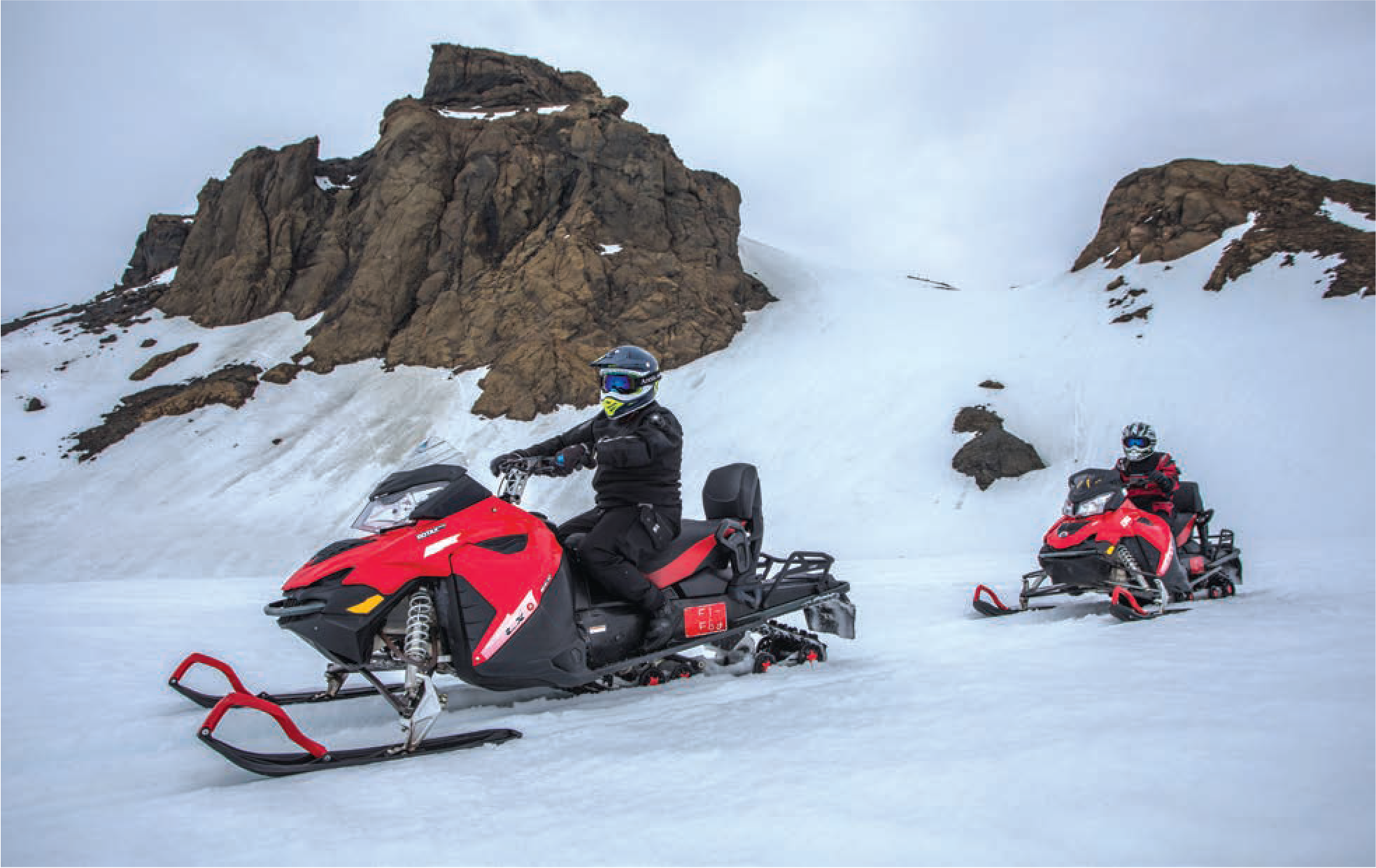 In the far north of Iceland lies a small village called Hjalteyri. The village is located on the shore of Eyjafjörður and is home to the famous dive site Strýtan, the world’s only hydrothermal cone that is within recreational dive limits. The Strýtan dive site was formed when warm, mineral-rich

fresh water was heated underneath the ocean floor and seeped into the ocean. As the mineral-rich fresh water wells up from the ground at a temperature of 80 degrees Celsius, the minerals coagulate upon contact with the cold ocean water, gradually building a tall cone of fragile limestone over the last 11,000 years. The cone itself starts at a depth of 65 metres and rises upwards to 15 metres below the surface. Thousands of litres of warm fresh water are still pouring out of the cone and you can even take off your gloves to warm your hands.

The area itself is home to a great deal of marine life including large schools of pollock, lumpsuckers, wolffish, cod and a wide range of nudibranchs and other macro life. To get to the dive site, a 10-minute boat ride from the shore is required. When entering the water, a short descent will take you to the top of the cone. Further down, thermoclines and haloclines can be felt as the hot fresh water mixes with the surrounding cold salt water of the ocean. This dive site has been carefully studied by scientists, as it is thought that the mixing of hot fresh water and cold salt water may have been the starting point of life on Earth. 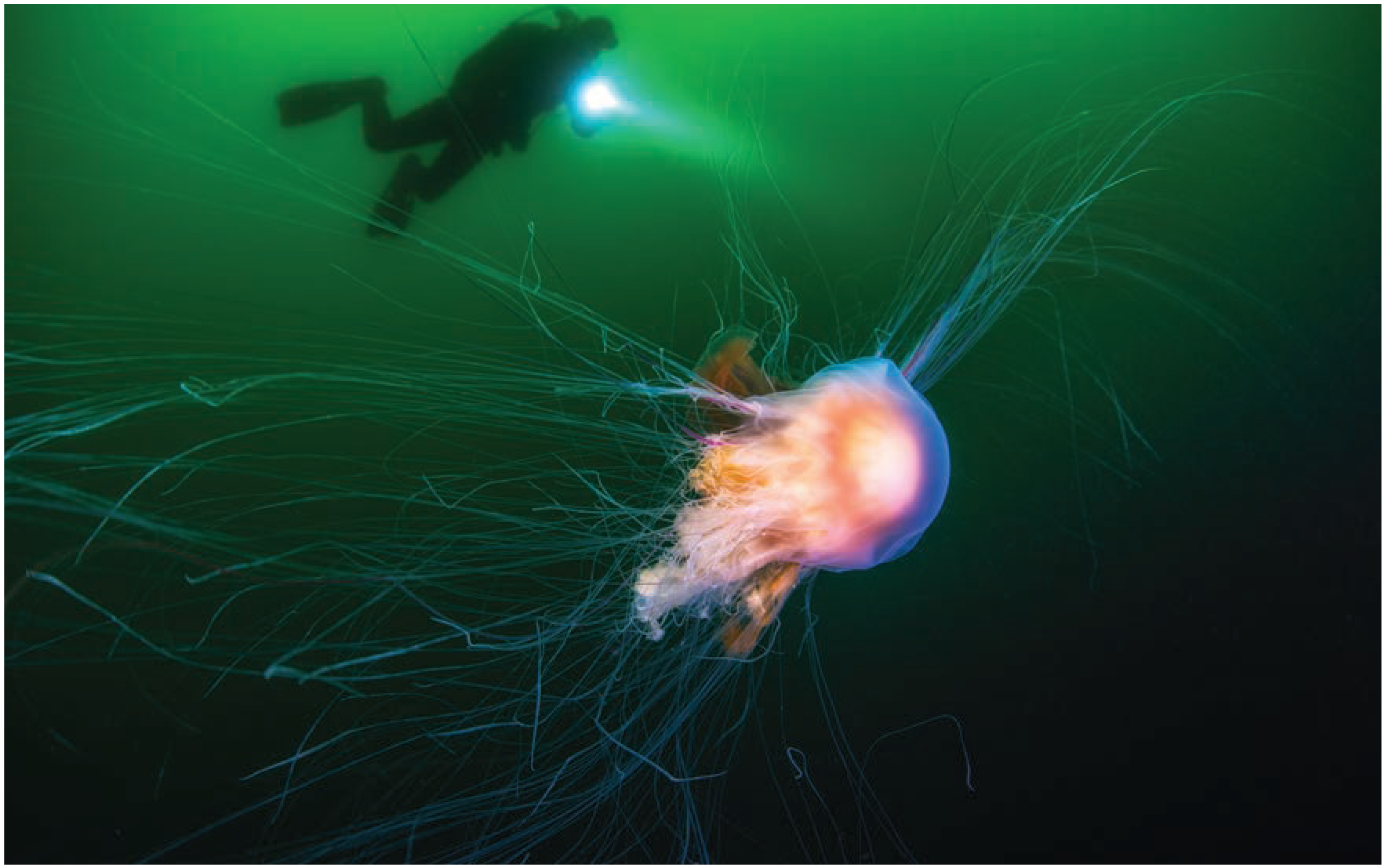 A jellyfish swimming in the waters of Strýtan

Read the full story and more by downloading a digital copy of Scuba Diver Australasia + Ocean Planet No.113 Issue 3/2018 here! And for a limited time only, get the best e-magazine deals at USD7.99 for 6 issues* (Usual rate: USD29.94) 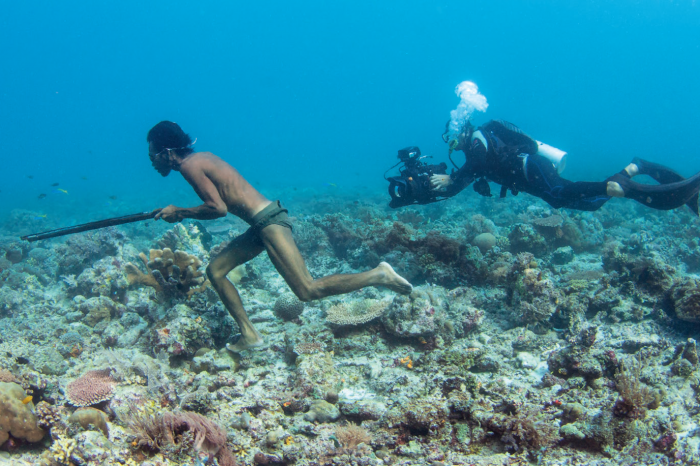