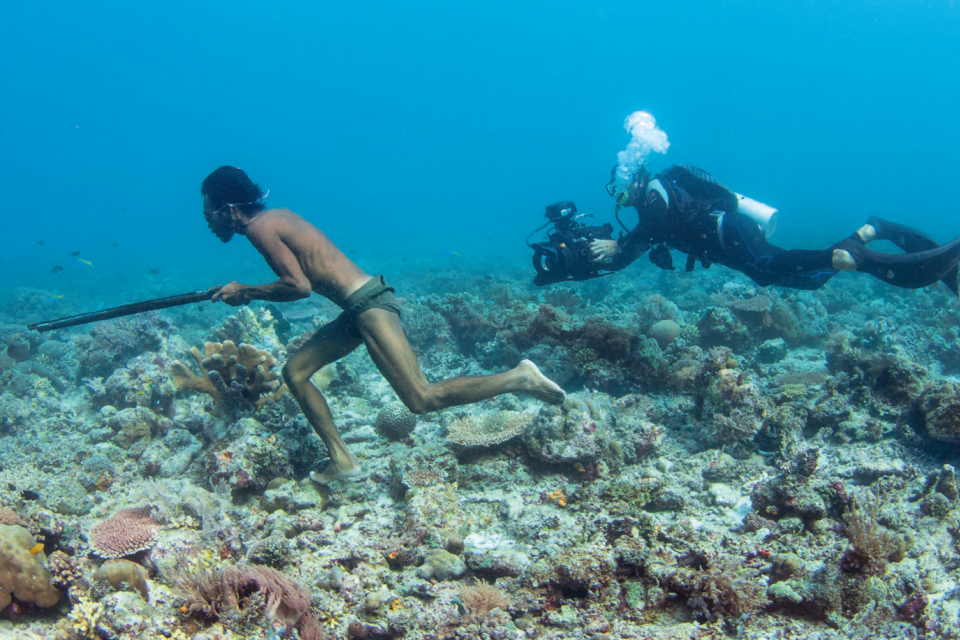 Whilst researching on the local Bajau Laut or ‘Sea Gypsy’ community for the upcoming BBC Human Planet series, I heard tall tales of local characters with seemingly superhuman traits; fishermen descending deep into the ocean on a single breath, hunting fish for over five minutes at a time.

However, after several visits and dives with the Bajau, it was clear these were just that: tall tales. That was until I met Sulbin. When we were first introduced, I was instantly drawn to his modest demeanour and shy, but welcoming smile. As he gathered his wooden goggles and homemade speargun from his simple hut on Mabul Island, off Sabah’s east coast, he seemed genuine, yet self-assured.

Sulbin headed straight out to a nearby reef, which instantly peaked my interest as I knew it lay in over 20 metres of water. This would be no easy “first-off freedive” in 5m–10m of water – depths the other well-known spear fishermen had taken me to. 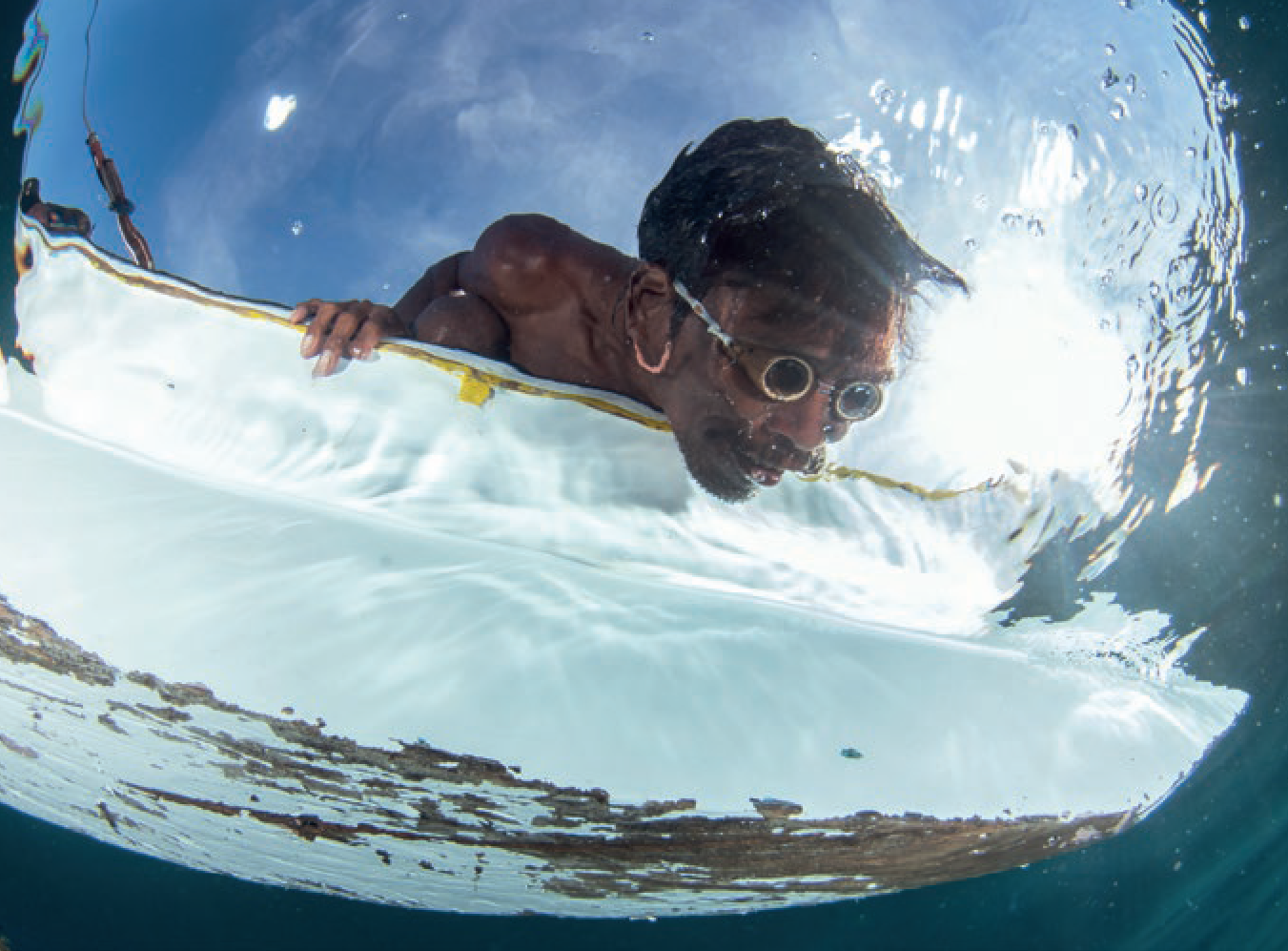 Bajau speardivers are colloquially referred to as the ‘sea gypsies’

He took a long last drag from his cheap cigarette and tightened his goggles. After a few deep breaths, Sulbin slipped below the waves. In full dive gear and a camera in hand, I followed Sulbin down to the reef floor. With his spear gun held across his chest, Sulbin began to walk along the reef with the grace and silence of a prowling lion. He was now negatively buoyant. As he walked amongst the coral, his eyes searched the usual reef residents for today’s family meal. Being close to the island and its myriad of fishermen, the reef had been under intense handline fishing pressure, unfortunately diminishing the selection of prized groupers and large pelagic fish.

As the minutes passed, Sulbin pushed on and I wondered whether this would be a fruitless hunt. Then, just as my dive computer showed Sulbin passing his third minute on a single breath, he eyed a pair of rabbitfish ahead. With not an ounce of fat on his muscular frame and his lungs squeezed by the surrounding water pressure, Sulbin raised his spear gun slowly and took a few more steps before firing.

The spear and flailing fish kicked up a puff of sand. As it cleared, Sulbin reached forward and picked up the spear and impaled fish. He then took one last look around before kicking off from the bottom with one foot, slowly swimming back up to the sunlit surface.

I ascended with him, incredibly impressed with what I had seen. We had found our Human Planet character. Over the course of the next hour, Sulbin made four more breath- hold dives with his spear gun and came back with two more reef fish: not a big haul in the scheme of things but enough to feed his family today. When asked how he feels entering the sea, Sulbin simply replied, “if I see fish then I am happy.”

My admiration for Sulbin grew – here was a man going to extraordinary lengths to take care of his family. It’s not a spiritual quest, but a matter of survival. When we congratulated him on his breath-holding and hunting skills, he smiled shyly and shrugged his shoulders.

Sulbin’s modesty and incredible freediving skills translated perfectly onto screen, with the image of him walking along the sea floor becoming a defining image for the Human Planet series. And personally, it was one of my proudest moments in film-making. 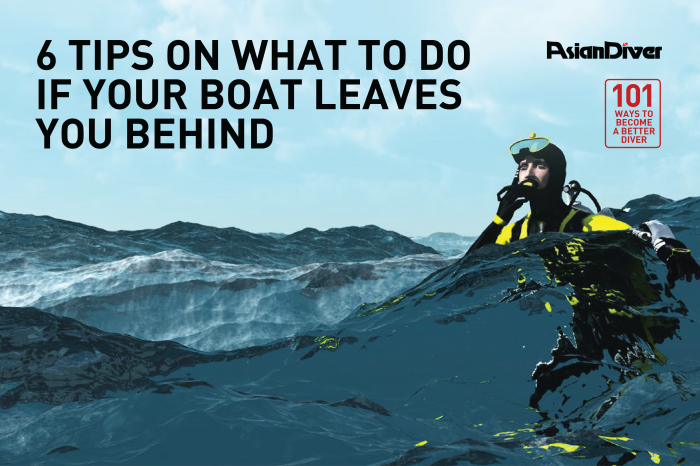 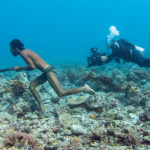