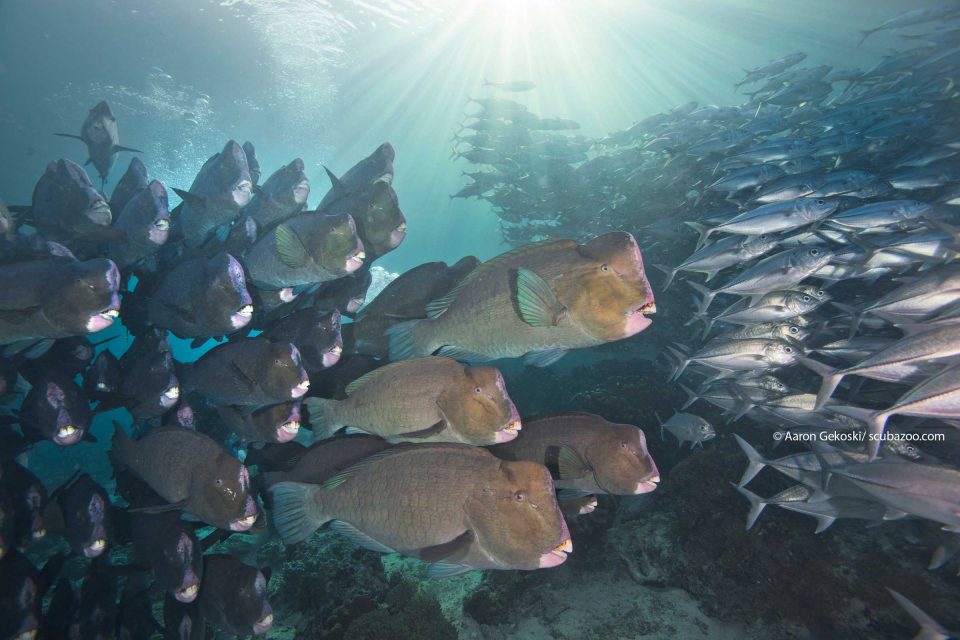 Far from being a regular explorer and alpha male, Aaron ‘Bertie’ Gekoski’s path into the world of adventure was not the usual one. He used to own a model agency in London, before he ditched his three-step skin care regime, “swapped one type of shark for another” and followed his dream to become “the next David Attenborough, but with gills.” Aaron is an award-winning environmental photojournalist and the current in-house presenter at SZtv, a new online wildlife channel by world-leading film/photography company Scubazoo. He is the presenter of the web series Borneo From Below, the newly released Borneo Wildlife Warriors, as well as two upcoming series – Indonesia From Below and Borneo Jungle Diaries. His goal is to bring conservation into the public domain through engaging and entertaining content.

I started diving nearly a decade ago and soon learned about the threats facing our oceans. This prompted me to write environmental articles for magazines and to teach myself underwater photography. It’s frustrating to see so many skilled shooters posting endless pictures of freedivers in flowing dresses. The camera is one of the most potent weapons ever invented – as photographers, we have the opportunity to use our skills for the good of the planet.

It was probably a backscatter-laden, poorly exposed shot of some coral… but I don’t remember!

I once did a show for Epic TV called Epic Selfie. The idea was to utilise a social media craze to raise awareness for shark conservation. My plan was to take the perfect selfie in front of huge schools of 50 to 60 blacktip sharks in South Africa.

As I attempted to take a selfie with a shark just next to me, mouth agape, a lady threw sardines at my head. One shark bit the buoy line just above me, whilst another was startled and had a nip at my strobe. It was the most insane thing I’ve ever done, and in retrospect, a little silly! But ultimately it showed that the sharks weren’t interested in me and aren’t the man-eaters they’re portrayed as in the media. And it was a successful stunt – the story went global and allowed me to speak in depth about shark conservation.
Also, not many people can say that they’ve photographed a nudibranch with two heads. This happened during filming for one of our first Borneo From Below episodes. A divemaster had spotted it three days earlier, but we never thought in a million years it would still be in the same place. That man has a serious set of peepers on him! You can watch our search for the weird critter on SZtv.

Cape Kri in Raja Ampat blew my mind for the sheer volume of fish. On a good day, Tofo in Mozambique is a mecca for megafauna, whilst Lembeh, Indonesia takes some beating for macro. Then again, a double tank of cow sharks followed by seals in Cape Town is rather pleasing. As you can probably tell, I have a problem choosing…

The site you’d most like to dive, but never have?
Many of the major players in underwater photography mention Misool, Raja Ampat, as their favourite dive destination. So that’s top of my list.

Aside from a double-bonced nudibranch, tongue-eating isopods weird me out – they’re so Machiavellian. I also loved photographing mouthbrooding cichlids in Lake Malawi, who suck up their babies at the merest whiff of a diver. It’s very tough to get close to them – it took me over 50 dives to get a usable shot.

Scubazoo’s photographers shoot with a Nikon D800 in Nauticam housing with Inon strobes. Lenses – mainly Tokina 10–17mm with 1.5x teleconverter, along with the 16–35mm, and both 60mm and 105mm macro.

Working on Borneo From Below was a reward for a lot of hard work as a photojournalist. We have produced several environmental ‘specials’ on the seahorse trade, plastic pollution and shark finning, which has received a lot of views. That was satisfying, particularly as conservation is often a hard sell in the media since it’s considered ‘uncool’ and depressing. We try and take complex issues and package them up into entertaining and educational shows. It’s a movement we’re calling ‘funservation’ at SZtv.

We’re currently in production for Indonesia From Below – it’s going to be an extensive two-year project covering the top dive sites in Indonesia. The aim is to take our From Below series worldwide.

Getting bent, particularly as it was after one of the best dives of my life – an inquisitive leopard shark covered in pilot fish, plus a mating train of blotched fantail rays, all in 40 metres visibility.

Underwater photography is an incredibly difficult discipline. Along with all the decisions you have to make topside (such as composition, lighting, focus and exposure), you have to consider a delicate reef beneath you, visibility, non-compliant divers with poor form and an animal that really does not want to be photographed. Oh, and add in the fact you might be 30 metres under the sea! It’s ridiculously challenging, so you need to spend hundreds (or even better, thousands) of hours in the water practising. Oh, and don’t think for a second you can make a living out of it! Only a handful of people – who have often been doing it for decades – make enough money to sustain themselves through underwater photography alone.
Is there any particular shot that you still want to get?
Later this year we have a liveaboard planned with National Geographic to a remote archipelago in Indonesia. We’re trying to film leatherbacks being hunted by locals with spears for a series we’re producing called On the Brink. It’s a film Scubazoo have wanted to make for two decades now, so getting hard-hitting images of this is the ultimate goal.
Website links:
www.scubazoo.tv
www.scubazoo.com
www.aarongekoski.com
www.facebook.com/scubazoo.tv
www.youtube.com/scubazootv 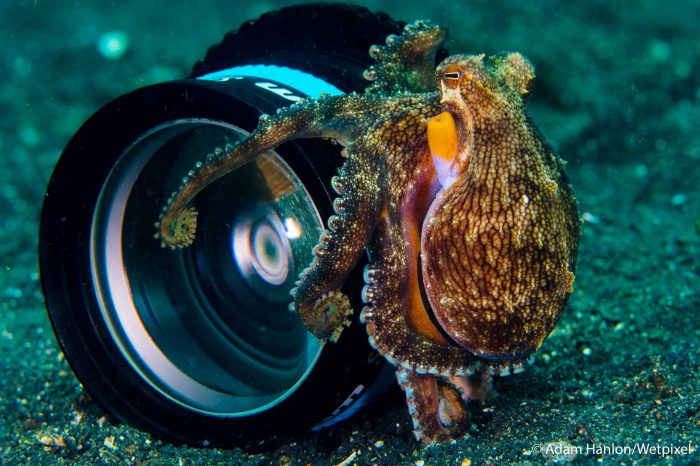 The SHOOTOUT: Round Two 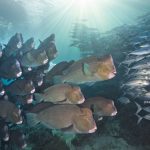