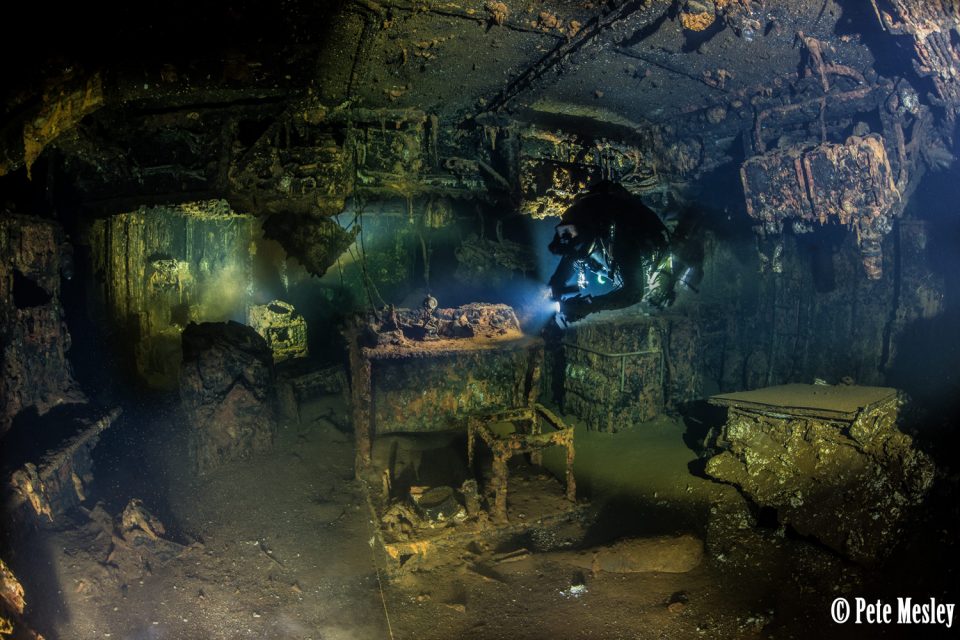 Pete Mesley has always loved the thought of diving below the waves. But it wasn’t until he was living in London, England, when a friend was heading out of the door to do a dive course, that the idea materialised. Pete saw the opportunity and asked if he could come along, and it only took the pool dive that evening for Pete to get hooked. This was June 1990, and Pete hasn’t dried out since! He became a dive instructor and soon made it his full-time career within the dive industry.

He moved to New Zealand in 1994 with his Kiwi girlfriend (now his wife) and got work as a training manager of a dive store. Pete was soon to become New Zealand’s first technical dive instructor and rebreather instructor, and later became an instructor-trainer in 2000, helping others become dive professionals. In 2005, he became self-employed and formed the company Lust4Rust Diving Excursions, taking people on wreck diving trips all over the world. To date, he has had the pleasure and privilege of diving some incredible locations in over 25 different countries. Underwater photography has long since been a major part of his business. It is also a passion for which he is constantly trying new ideas and techniques to make unique imagery.

I originally got into underwater photography because I was absolute rubbish at “spidge collecting” [artefact recovery]. I learnt to dive in the UK back in 1990 when spidge collecting was a common pastime for divers. It didn’t take long for me to realise that I was far better suited to taking pictures than recovering pieces of brass from the bottom of the ocean. And besides, I got invited on quite a few trips knowing that I wouldn’t recover anyone’s brass!

Difficult to say, really. Most of them were rubbish – underexposed, blurry, brown images of the English Channel. I do remember the occasional “dead man’s fingers” [a species of soft coral]. It is quite funny to look back over one’s archived images over the years and to see the progression. I almost cringe when I see earlier images, noting how bad I was, but it’s all through taking pictures, learning and bettering oneself that makes us get to where we are today. But I don’t think we ever stop learning how to better our shots. Besides, we are all our own biggest and harshest critiques. I just love looking at other people’s images and seeing how they have interpreted what they want in the image.

This image took a little over five years to make. I first got the idea in my mind as I entered through the top skylights of a well known wreck in Truk Lagoon called the Nippo Maru. The shot I had in mind was illuminating all the stairwells leading down into the bottom of the engine room. Visibility is normally not too bad in this area, but being a popular wreck everyone would make their way into this fantastic space inside the wreck. With that said, all the debris would be kicked up and the area would be reduced to 1-2m of viz within minutes. So it quite literally took me five years to get everything right. The image took six 15K-lumen lights and my camera secured to the ceiling – long exposure, multiple image stitching and hundreds of attempts to get it right!

This is impossible for me to answer seeing that each dive destination is totally unique in itself. So allow me to rephrase the question: “What are your most memorable dive destinations? By far, Truk Lagoon has some of the best dollar for dollar value wreck diving on the planet. Having over 1,500 hours diving experience in this area, I still get goose bumps thinking about diving there. The wrecks aren’t that deep so most of the time is spent penetrating the wrecks as opposed to sitting and decompressing on a line. These are true wartime wrecks, but mostly merchant transporters, so not many naval war ships. There’s also nothing quite as exhilarating as diving a fleet of battleships, aircraft carriers, submarines, and destroyers sunk by nuclear bombs. Bikini Atoll is probably one of the highest “bucket list” wreck destinations in the world, and quite rightly so. Known by many, dived by few, this truly is an amazing destination. Come to think about it, something completely different is diving 158-year-old wooden schooners sunk in the Great Lakes in the US and Canada. These wrecks are all sitting completely bolt upright and were sunk by no act of war, just bad weather. And when I say they are in a pristine, immaculate condition, that would be an understatement. You could quite literally float these wooden relics, put a sail on them, and they would sail the waters again! Well, maybe not quite, but you get the picture. Probably one wreck that stands out amongst the crowd is HMHS Britannic. Sister to the Titanic, this elegant lady is certainly not only one of the most historic wrecks in the world, but also the most picturesque. Having completed over seven dives on her over two expeditions, it is this wreck that holds some of my greatest memories.

There are many wreck destinations that are on my “hit list” – Croatia, the Baltic Sea, Norway, Jutland, and so forth. But I guess one of the highest bucket-list dive destinations has to be Antarctica. It is one of the last wildernesses and to photograph icebergs would be a dream come true.

The weirdest sight I saw while on a dive was while diving the Poor Knights Islands, New Zealand, some years ago. I came across a giant ball of what we later found out to be arrow squid eggs. At first we thought it was giant squid eggs, but tests showed it to be arrow squid. It was a 3-4m diameter ball of jelly with millions of larvae inside the ball. Truly a spectacular sight.

At the moment I use a Nikon D810 camera with Sigma 15mm lens in an Aquatica housing with 8-inch dome port. When I use strobes, I have Inon Z-240’s, but I don’t use strobes that much these days. I prefer to use off-board lights and currently use 15K-lumen Big Blue lights.

The highlight of my career was when I was asked to be a part of a National Geographic Expedition to dive and photograph HMHS Britannic in 2009, which consisted of a team of 10 technical divers from all over the world. This was without a shadow of a doubt the best, most memorable part of my career.

The lowest point was the exact same trip to Britannic. It was this trip that I lost my good friend, Carl Spencer, who was the expedition leader of the trip. Carl died tragically while conducting a 118m dive on Britannic. His loss still cuts deep within the diving community and to this day all that knew Carl carry fresh emotional scars of his loss.

Once you know the basics of photography, try and find your own style. There are many rules in imagery – rule of thirds, three elements to an image, and so on – but at the end of the day, take something that looks pleasing to your eye. Forget about the rules and just say to yourself, “How do I want to showcase this image?” It is easy to look at other people’s images and copy them and replicate a shot. This is fine, only if that’s all you want to do. But try to see the image through your own eyes and take the shot that pleases you, making it your own. And don’t forget to try new things, experiment with off-board lighting, ambient light, etc. And have fun!

Absolutely! I have a list of many, many images that I am constantly trying to achieve. It’s what brings me back to dive sites many times. When I am in the water, all I want to do is, in a shot, portray the essence of the scene. To capture an image that best depicts the subject. For example, wreck diving plays a massive role in my interest for diving, so when I take a shot of a wreck, I want to showcase what stands out in that wreck. Is it an amazing engine room? Or a majestic bow, or cargo of 500lb bombs racked up in the holds? I spend countless hours thinking how I will get the shot I want. Then I try, try again, and again, till I get the shot. If I don’t get it on the day, this will keep me wanting to come back. For more information on Pete’s trips and imagery go to www.lust4rust.co and www.petemesleyphotography.com. 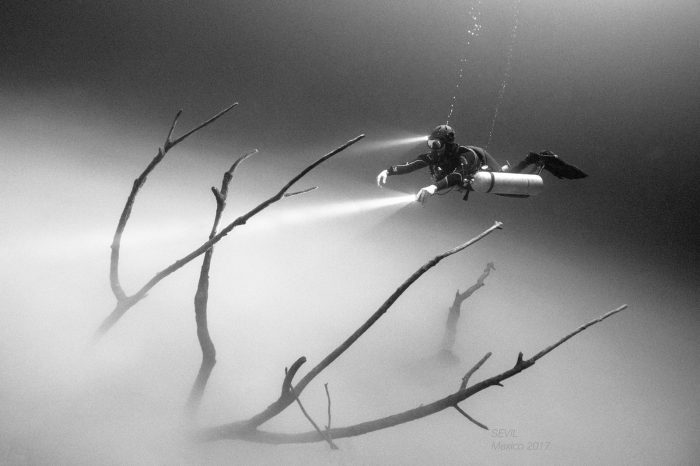 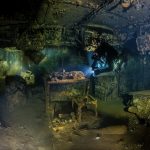