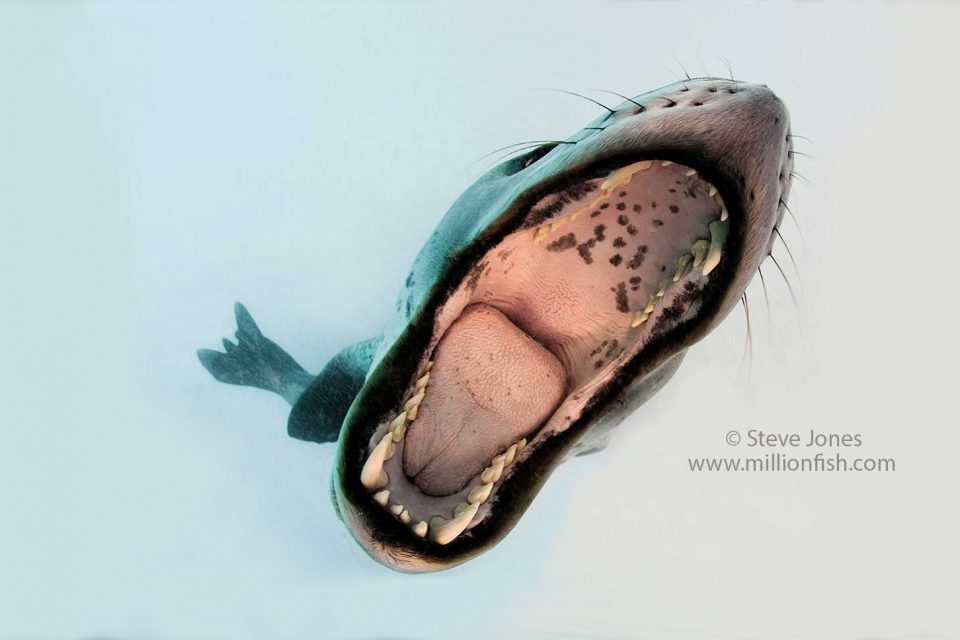 Award-winning underwater photographer and journalist Steve Jones has created a body of work that has been featured the world over. A career spanning over three decades, Jones and his camera have captured the might of the colossal battleship wrecks in the deep north Atlantic, documented sub-zero encounters with apex predators in the polar regions and fought the strong currents to record the stunning seascapes in Southeast Asia. A Blancpain Edition Fifty Fathoms photographer and a member of the Ocean Artists Society, Jones and his imagery and researched writing has painted a unique light on the world below the waves. UW360 Editor, Oliver Jarvis, caught up with the man to hear more on his fantastic career and imagery: What made you want to become an underwater photographer?
I’ve had a fascination with the natural world since I was a child and I started taking pictures at a very young age. I got my first SLR at the age of 12, an Olympus OM-10, then learned to dive at the age of 14. It was a natural progression to want to take a camera underwater and combine these two passions.

Your first underwater shot?
I took my first underwater pictures on Panorama Reef in 1992, when working in the Red Sea as a diving instructor. My first underwater camera was a Nikonos III and later as my skills progressed, I housed a Canon EOS 5 film camera in a SEACAM housing. Due to my interest in photography I often found myself assisting visiting professional photographers and it was whilst working in the Maldives that I got my first publishing break, when in 1996 renowned German magazine Unterwasser published my work. I’m really happy to still regularly contribute to the magazine 21 years later!

The story behind your most memorable underwater shot?
I’m lucky to have spent thousands of hours underwater and I’ve had countless “wow” moments over the years, but one that stands out was in the Maldives in 2004. I’d been diving regularly in a location on the outer edge of one of the Atolls where there are often whale shark sightings, but in three weeks of concentrated effort I’d had no success. It was my last dive of that visit, I’d been in the water over 60 minutes, was low on gas and hadn’t taken a single frame of the 36 exposures in my Nikon F100! I saw a large ball of fusiliers in the blue, so swam out to get a few pictures to close the trip off. As I was looking through the viewfinder the ball of fish parted like a curtain and the sky went dark as a huge shape swam through the centre. It was a whale shark! My favourite image from the set made the cover of a number of magazines around the world.

I’ve had many other similar moments over the years. Being literally face to face with the mighty leopard seal during the Elysium expedition to Antarctica in 2010 is still etched in my memory. Another would be looking up from the seabed at 72 metres and seeing the bow of the Justicia towering above me, the second largest ship sunk in World War 1, lost off the coast of Ireland.

Where is your favourite dive destination?
It depends on what I’m looking for. I photograph both wildlife and wrecks, having an interest in history as well as the natural world. For marine life, it has to be Indonesia. I love the colourful seascapes, the variety of critters, and the diversity of the country itself. For wrecks, then Malin Head in Ireland, where you can find huge ocean liners, super dreadnought battleships and transports covered in Sherman tanks in the exposed North Atlantic. The diving there is so exciting!

The site you’d most like to dive, but never have?
Cocos and Galapagos have to be my top two bucket list destinations for wildlife. I am on assignment in Cocos this year and I am so excited about it! Despite photographing many wreck destinations, I’ve yet to visit Truk or Bikini.

The weirdest thing you’ve seen underwater?
I could describe animal behaviour but I don’t consider it weird, it’s just fascinating. What is weird is humankind’s ongoing mistreatment of the oceans. I can’t comprehend how a supposedly intelligent species can be so disrespectful of the planet that it lives on, our one and only home. That is most definitely weird!

What camera equipment are you currently using?
I use a Nikon D4 as my main camera with my old D700 as a second camera. Both are in SEACAM housings, whom I’ve been with since 1995. My strobes are SEACAM S150D’s and I also have some Inon Z-220’s. For continuous lighting on wrecks I use Orcalights, which are massively powerful LED lamps. I use a whole range of lenses, but my go to wide angle lens is a SEACAM converted Nikon RS 13mm fisheye. I love this lens, especially for low light deep wreck photography as it is so sharp even at F2.8, yet very compact and unobtrusive. Other wide lenses I often use are the Sigma 15mm fisheye and the Nikon 16-35. I also use teleconverters with the Sigma if I want to force the perspective on an image. The 60 and 105mm are my go to macro lenses.

What is the highlight of your career?
My encounters with marine life all over the world are definitely the highlight. From an achievement perspective, I’d say being selected as a Blancpain Edition Fifty Fathoms Photographer. I was one of the four photographers in the 2015 Edition and within that series I’m in the company of some of the legends that have inspired me for my entire career.

Have you any advice that you’d like to give aspiring underwater photographers?
Respect the environment and the oceans’ inhabitants, no matter how small they may be. Photography is a means to communicate the beauty and value of our marine world to those not fortunate enough to see it and as ambassadors of the ocean, our own code of conduct needs to be exemplary. Master your diving skills – have buoyancy control that is second to none. Master your technical skills, particularly your understanding of lighting, then practice constantly even on mundane subjects and also above water at every opportunity. Then allow your own style to flourish through your imagery.

Is there any particular shot that you still want to get?
Oh, I think when there are no more shots left for me, I’ll stop! I’m always thinking of different ways to create imagery, whether it’s new subjects or different ways to photograph the familiar. 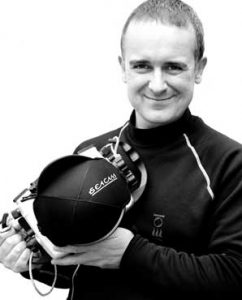 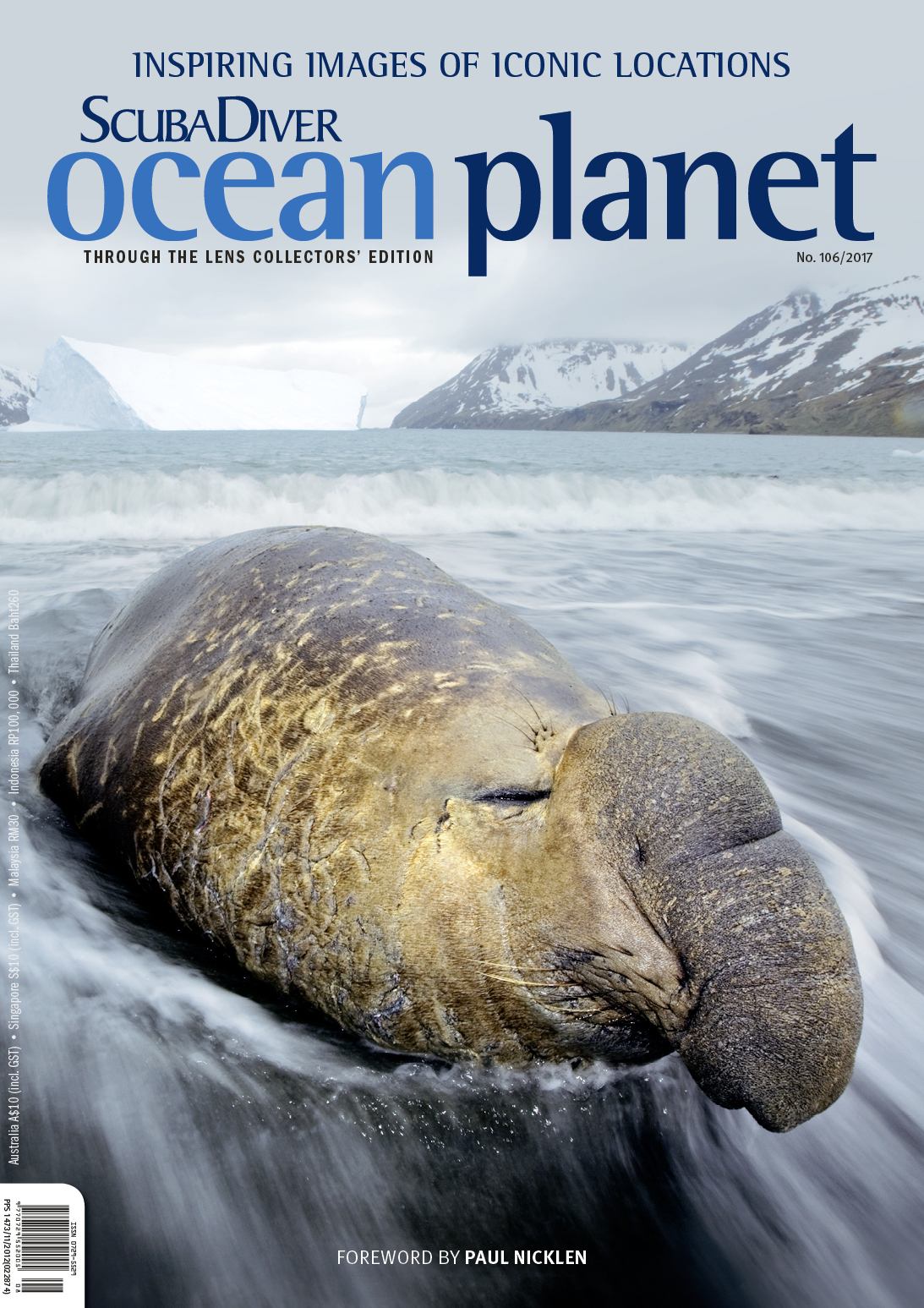 Read more about it here! 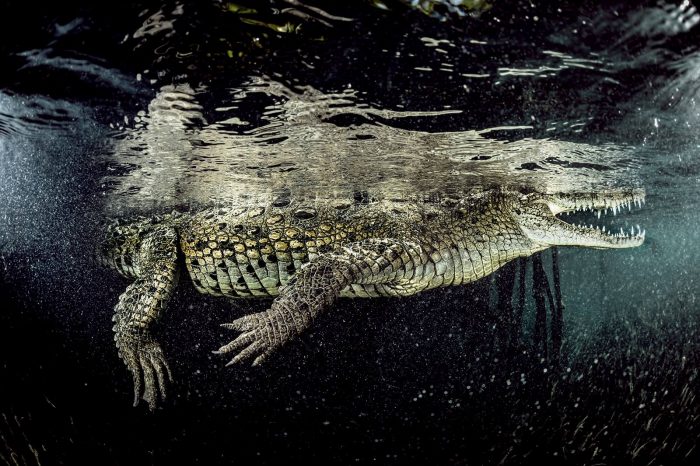 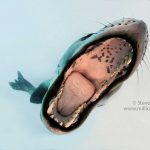