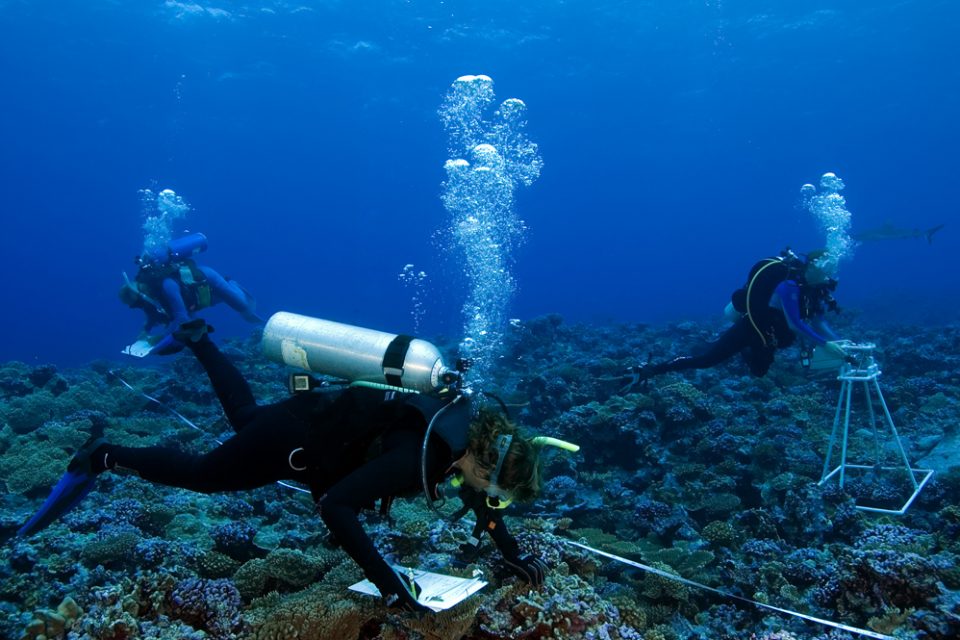 Apple obtained her PhD from The Chinese University of Hong Kong in 2016. As part of her research, she has completed more than 800 dives observing coral spawning, recruitment development and changes in coral diversity in Hong Kong. She has successfully developed the use of coral sexual reproduction for coral restoration in Hong Kong, with the first coral juvenile raised now 4-years-old. Throughout the years, she has been invited to speak for over 30 public seminars on marine and coral conservation for various organisations, including schools, green groups, and government departments. I have also been involved with Reef Check Hong Kong as team scientist since 2008. She is currently a lecturer at The Chinese University of Hong Kong.

Amanda Vincent has a PhD in marine biology from the University of Cambridge and was Darwin Senior Research Fellow at the University of Oxford from 1994 to 1996. She is considered the leading authority on seahorse biology and conservation, and in 2000 was named a Pew Fellow in Marine Conservation. She also serves as lead scientific advisor and chair of the seahorse working group for CITES.

Rose holds a B.S. in Biology and a M.S. in Aquatic Biology, possessing a wide variety of experience in the biological sciences such as bioacoustics research, exhibit construction, science writing, teaching, public presentation and aquatic animal husbandry and breeding. She is a photographer and lover of all things aquatic and is currently working as the science editor and principle writer for Ocean Geographic Magazine, while being the managing editor of Ocean Geographic Explorers.

Dr Chin has been working in coral reef management and research since the 1990s. He is currently based at James Cook University, Australia, where he works in fisheries research, specialising in sharks and rays. He is currently working on the connectivity and management of hammerhead sharks to support Australia’s actions and reporting obligations required under international conventions and is the founder and Programme Director of Shark Search Indo-Pacific.

Judi Lowe is a marine science PhD candidate at Southern Cross University, New South Wales, Australia, with an unusual background. Using her experience as a diver, accountant and international lawyer, Judi’s research takes a fresh approach, solving practical, real-world problems in the conservation of coral reefs, fish and the marine megafauna we love to dive with.

Before Karenne joined NParks in 2013, she obtained her PhD from the National University of Singapore, where she developed diagnostic tools for coral reef monitoring and management. Karenne subsequently worked at NUS to study the impacts of anthropogenic activities on coral reefs, before moving onto coordinating coral reef monitoring efforts in the Southeast Asian region. Her current work at NParks covers issues related to the management and conservation of Singapore’s coastal and marine environment and the biodiversity they support.

Dr Neo is a marine biologist working at the St. John’s Island National Marine Laboratory. She graduated from NUS with a B.Sc. in Life Sciences (2009) and Ph.D. in Marine Ecology (2013). Her passion to save the giant clams led to the genesis of two restocking programmes in Singapore, with the aim to breed and raise young clams for putting back onto our reefs. She is a recipient of the World Future Foundation Ph.D. Prize in 2014 and the L’Oréal For Women in Science National Fellowship in 2015. In 2017, Dr. Neo was the only Singaporean selected for the TED Fellow Class of 2017.

Dr. Gerry Allen is an American-born Australian ichthyologist. In 1971, he received a PhD in marine zoology from the University of Hawaii. Allen wrote his doctoral thesis on the systematics and biology of the anemone fish. In 1997, Allen worked as a science team leader for Conservation International, undertaking coral reef fish surveys in Papua New Guinea, Indonesia, and the Philippines until 2003. To date, Allen has written 33 books and about 400 scientific papers. In 2003, he received the K. Radway Allen Award from the Australian Society for Fish Biology for his outstanding scientific achievements in the field. He has mapped and analysed the distributions of all Indo-Pacific coral reef fishes.

Dr. Chan has broad interests in ecology and biodiversity in coral ecosystems. Under the support of two collaborative research fund (CRF) projects (funded in 2009 and 2015), he starts to work on coral ecosystem-related research, especially on the investigations of ciguatera fish poisoning (CFP) in live tropical reef food fishes. One of his research focuses is on evaluation of adverse impacts of CFP- related toxins on coral reef fish and hence coral ecosystems. Dr Chan has extensive experience in development and implementation of scientific diving systems. He is a certified Open water SCUBA diver instructor, a Public Safety Diver Instructor, a Scientific Safety Diver Instructor and a Technical diver.

Dr Mark Erdmann is the Vice President of Conservation International’s (CI) Asia-Pacific marine programmes. As a coral reef ecologist, Mark recently moved to New Zealand, but spent 23 years based in Indonesia focusing on marine biodiversity research and conservation. During this time, he launched and directed the Bird’s Head Seascape initiative for over a decade, developing it into one of CI’s flagship marine programmes globally. He also discovered over 100 new species of fish and mantis shrimp and published over 140 scientific articles and four books.

Arauz founded the Costa Rican organisation PRETOMA in 1997. When he stumbled upon the shark finning issue, he initiated a campaign that catapulted his organisation into the international marine conservation arena. He has received prestigious awards, such as the Whitley Fund for Nature Gold Award (UK, 2004), the Goldman Prize (US, 2010), and the Gothenburg Award for Sustainable Development (SE, 2010). He currently serves as International Marine Conservation Policy Advisor for Fins Attached Marine Research and Conservation. 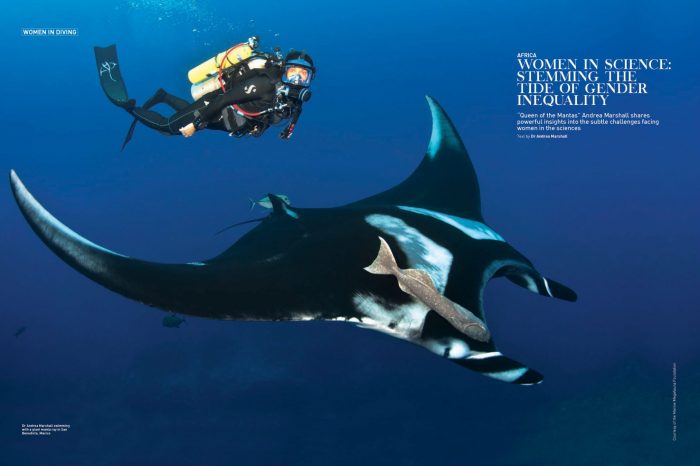 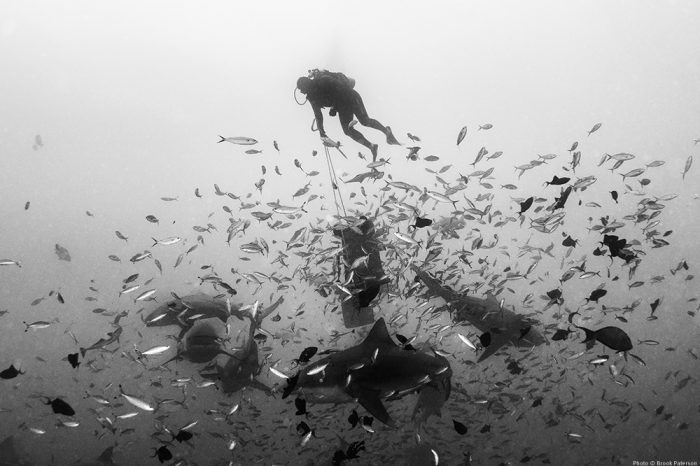 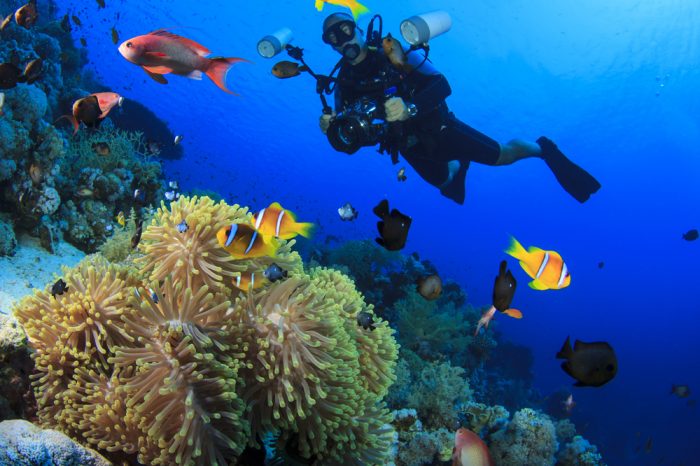 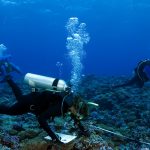