For the first time ever, coral researchers have captured the specific behaviour of a coral as it’s bleaching – and the timelapse footage appears extremely violent.

A team of scientists from QUT in Australia used a combination of microscopes, digital cameras and smart tablets to record close-up, detailed timelapse videos of a coral species’ physical reactions to heat stress. Stress that some coral are currently experiencing as our oceans continue to warm.

Researchers Brett Lewis and Dr Luke Nothdurft from the QUT team, simulated rising sea surface temperatures and placed specific corals into controlled waters to see how they would respond in different environments. To find out more about these experiments, and more of the team’s studies, we spoke to Lewis about his timelapse work and what this means for scientific research:

Why did you start filming time lapses of coral life?
Truth was we were just playing around with a trial UV florescence microscope, seeing what it was capable of and how we could potentially apply it in our research. It peaked our interest, and before you knew it I had 10 or so cameras all designed to take different variations of timelapse videos: different angles, different magnification, different quality etc. Videoing these animals in such detail and over long time-frames allowed us to see a world that had rarely been documented due to the hostile conditions for equipment on reefs. It grabbed our imagination.

Recording your first timelapse video, were you surprised to see how active coral could be?
Absolutely. The first video we did was of a juvenile coral eating a shrimp. Simple, but it was so great to watch what normally could take quite a while, or be impossible to catch in the wild, up close like that.

Like a scene straight out of a Sci-Fi movie, this Acanthastrea coral viciously devours a shrimp that it has been fed.
Source: marineQUT

How do these timelapses benefit scientific research?
What we can do with the timelapses is speed up and document activities that are impossible to see on reefs due to the restrictions they place on equipment and on divers. This opens up a whole new way to understand and discover, and potentially help maintain healthy coral reefs.

Though I will also say, on top of this, and arguably just as important, it creates a visual medium in which we can communicate science with the general public in a way that grabs their attention, their imagination. It lets the public engage with the science and our reefs is such a simple way and if the public engage in the science, in the evidence, then we can keep our oceans healthy. It’s crazy how many people didn’t realise coral were animals until they watched our video.

What is the most surprising find, or encounter, you’ve witnessed when filming a coral timelapse?
Well, I can’t talk too much about some of our discoveries, as they’re not quite published yet, haha. But I have to admit, the aggressiveness at which the coral actually expelled the algae was pretty crazy. We never thought it was ever going to be so violent, I mean the coral looks in pain. I think a lot of people just thought it was a passive process, that it just breaks down on a cellular level, and leaches from the coral. Boy, were they wrong.

Coral bleaching, and coral reef die off is a global concern for scientists, and a key symptom of climate change and the rising ocean surface temperatures. This research highlights the behaviours coral employ during bleaching that was induced by increases in water temperature.
Source: marineQUT

What photography equipment do you use?
We are on a bit of a shoes string budget so to speak, so we use a multitude of things. First and foremost we use dinolite portable microscopes that we have attached to a computer or surface pro. These vary in quality and magnification but all serve a purpose. On top of this, we use an Olympus OMD with macro lense, AV cord and battery pack. We also use tablets to record basic information.

How important is it for people to understand the role that coral plays in the ocean?
So, so important! Our reefs feed our oceans. They produce shelter at some point for almost a third of the pacific oceans animals. They are breeding grounds, food supplies, shelter and protection. If corals continue to struggle in this changing environment, we may lose global reefs, and all the animals that rely on them. This would be nothing short of catastrophic for the environment and just as importantly global economies. I mean, the Great Barrier Reef (GBR) here in Australia indirectly and directly supplies 60% of Queensland’s regional employment and six billion to the GDP. That’s a lot of people, and a lot of money.

Through filming, have you noticed any distinct changes directly caused by climate change (loss of coral/marine life)?
I haven’t. Our research looks more at the responses to climate related stress; like sediment overtopping and damage from storms, thermal and irradiance induced bleaching etc., and how coral act to mitigate these stresses.

Corals live in dynamic and environments that are under regular threat from tropical storms. One danger reefs face from increasing storms is sediment over-topping. This is where debris is deposited via the powerful waves and strong currents that are a result of strong atmospheric events (Storms). This over-topping can directly damage the coral tissue or, as coral require light for photosynthesis, over-topping can block out this light and cause dangerous photoinhibition. Leading to eventual tissue loss or coral bleaching. This video shows how coral used ‘pulsed inflation’ to master these natural threats.
Source: marineQUT

Could you briefly explain what we are witnessing in the “Coral Fight” video?
For six hours we observed two corals commonly found on the GBR, one is known as a Symphyllia (left) and the other a Favia (right), that have come in contact with each other. Corals competing for space on a coral reef will resort to aggressive behaviours, which often end in cannibalism of the in order to preserve their territory and ward off potential competitors.

What we observe here is the two corals, once they have detected each other, inflate their tissue and extend organs known as mesenterial filaments. These organs act like mobile intestines, they are extruded though the corals tissue and onto the adjacent coral.

This is where the filament begins digesting the other coral. These filaments also use a barrage of nematocysts (toxic), just like jellyfish use, to damage or slow down the opposition.
But some are better at it than others. The Symphyllia not only uses the mesenterial filaments it also inflates its tissue, that’s filled with millions of nematocysts to completely suffocate the other coral in mucous and nematocysts that will eventually melt away the Favias tissue. It’s safe to say the Symphyllia won. 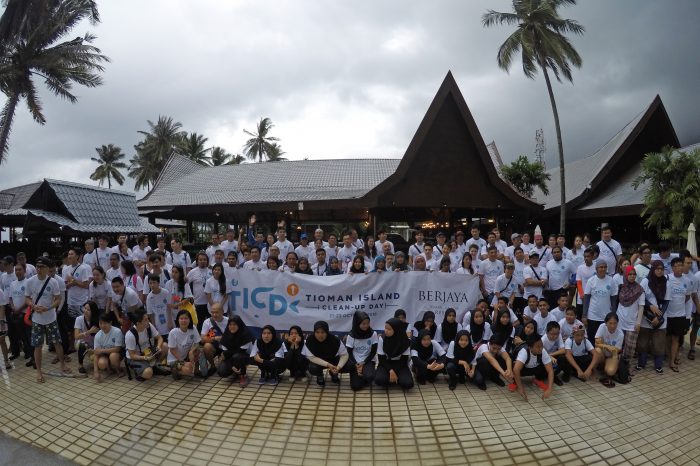 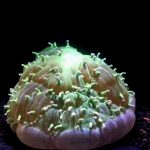