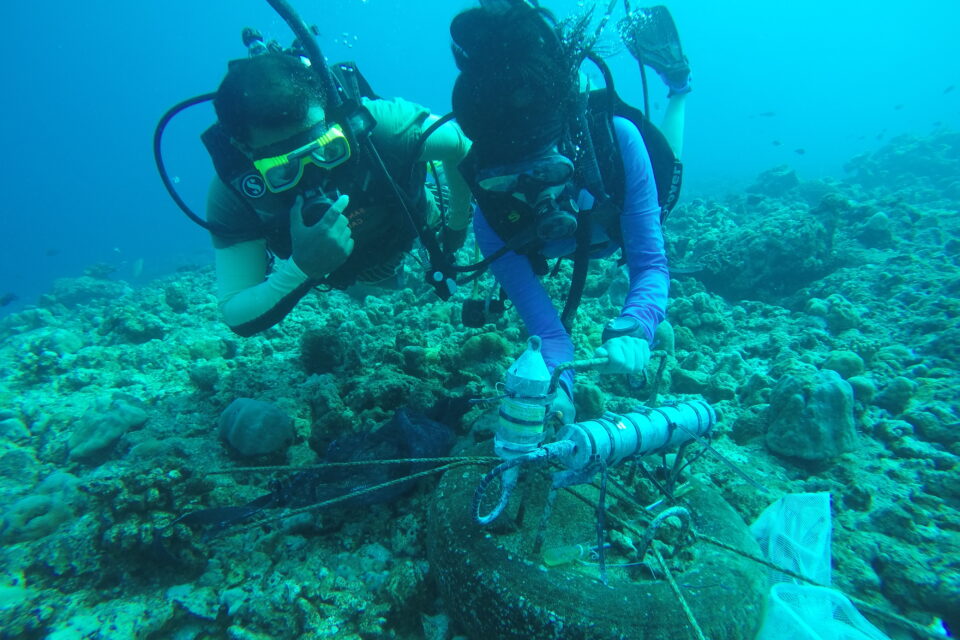 Scientists have recorded blue whale songs for the first time in Indian waters near the Lakshadweep Islands off the coast of Kerala.

In 2019 in Lakshadweep, Divya Panicker was deeply absorbed in listening to recordings retrieved from underwater sound recorders when she heard the low cries of a blue whale over the cacophony of a rooster.

Blue whales were found to be present in Lakshadweep waters from late 2018 to early 2020, based on recordings of their acoustics released during that period in Marine Mammal Science – with a peak period in April and May 2019. 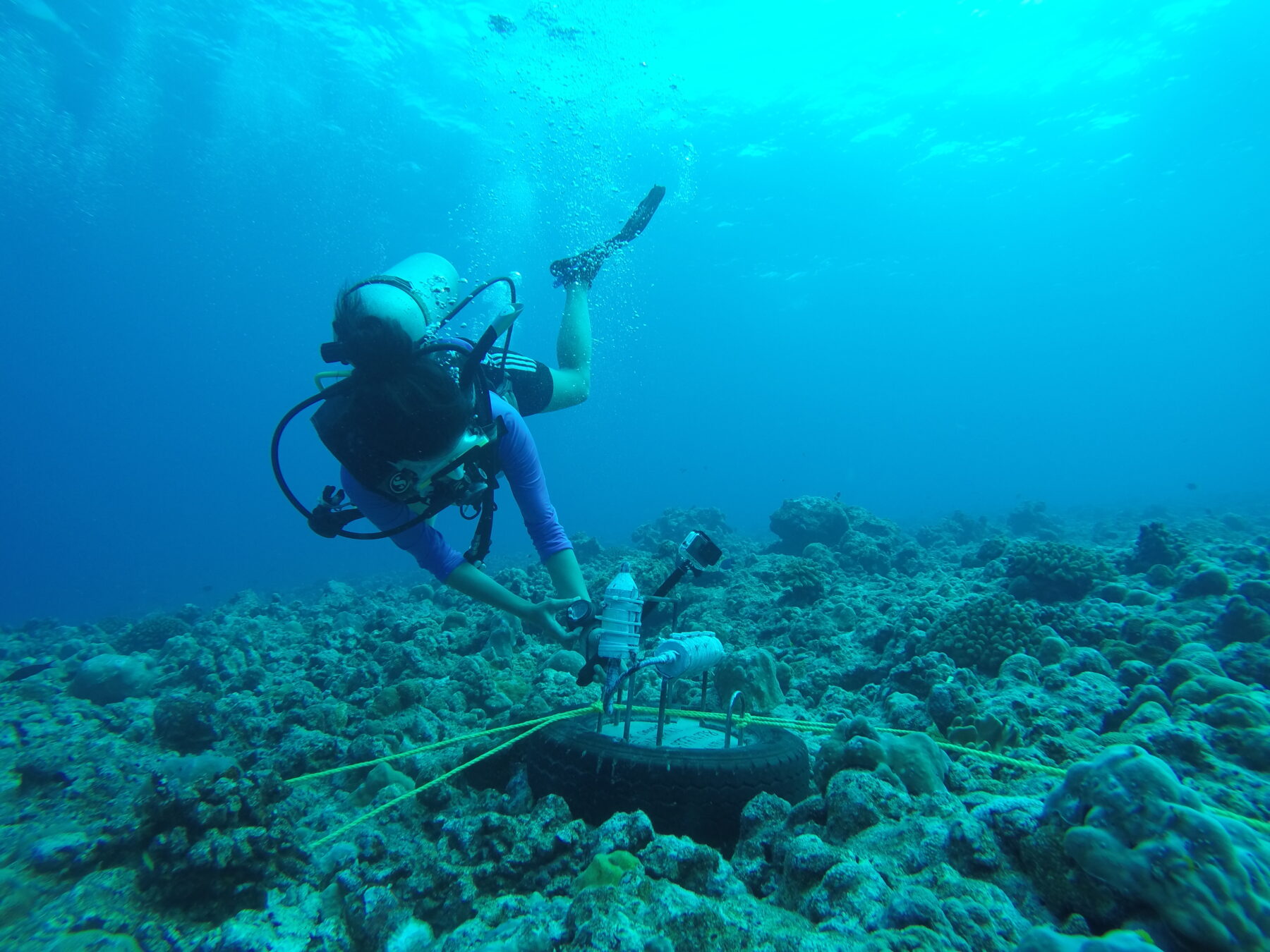 In fact, Panicker called the acoustic experience at the top of her study, which is the first time blue whale songs have been documented in Indian waters, in the Lakshadweep archipelago in the Arabian Sea.

“The presence of blue whales in Indian waters is well known from several strandings and some live sightings of blue whales,” said lead author Divya Panicker, a UW doctoral student in oceanography. “But basic questions such as where blue whales are found, what songs do they sing, what do they eat, how long do they spend in Indian waters and in what seasons are still largely a mystery.”

The song of blue whales

She speculates that there may have been two blue whales singing simultaneously. “The song is made up of three notes and ranges between 30 and 100Hz. I sped up the songs several times to bring them within my hearing. It was quite wacky listening to low blue whale moans with a rooster crowing in the background,” Panicker reminisced. 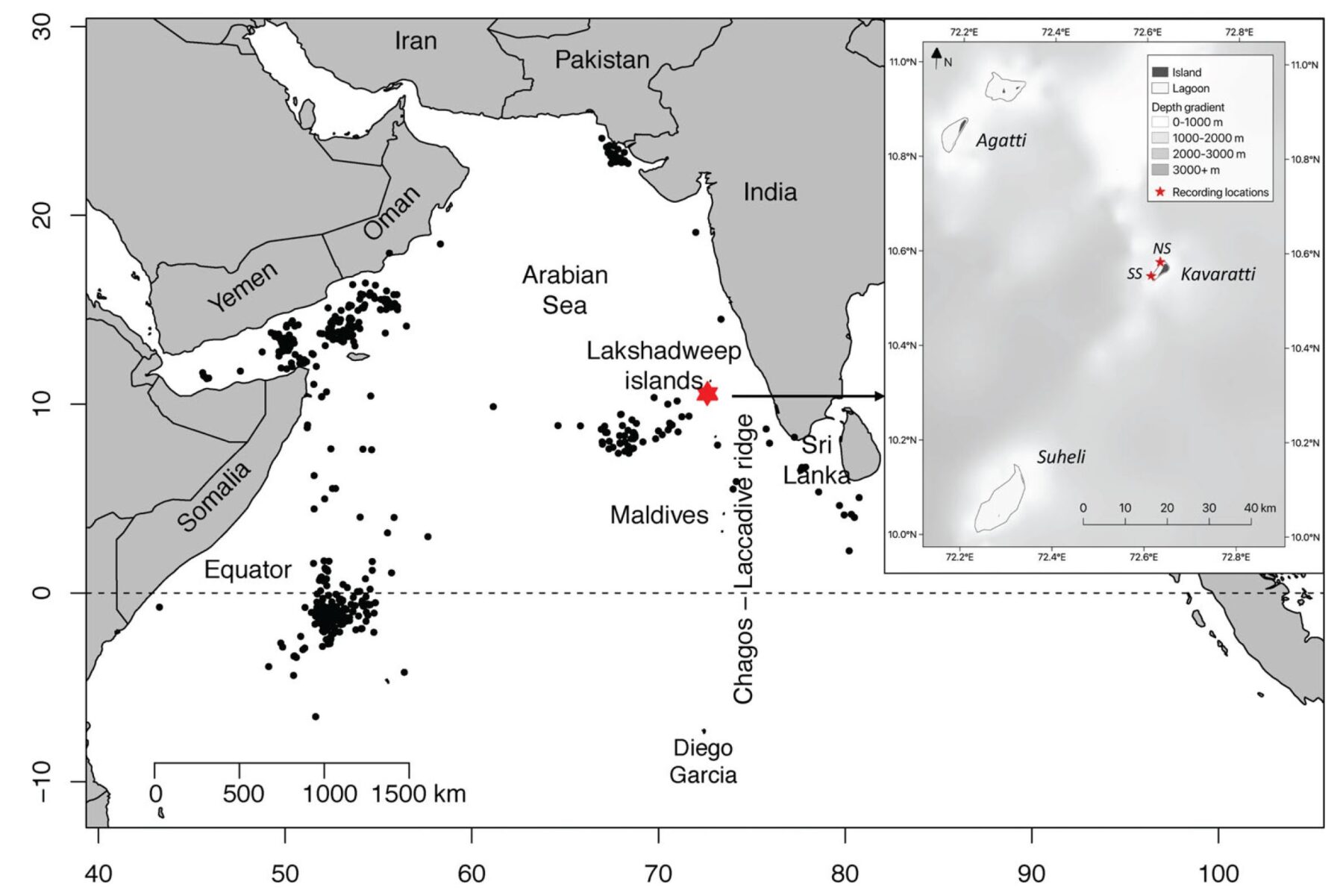 The red star shows where divers placed two underwater microphones, from late 2018 to fall 2019 and from fall 2019 to early 2020, at depths of 11 meters (36 feet) and 29 meters (95 feet), off the southwest Indian coast. The box at the right is a magnified view of the study region. Black dots show where illegal Soviet whaling ships hunted blue whales in the past. Image by Panicker and Stafford/Marine Mammal Science

Taking into account that blue whales track productive waters, their presence in Lakshadweep, which is undergoing major infrastructure and tourism developments, shows that the waters of the archipelago are rich and productive.

“[Blue whales] feed on some of the smallest animals in the ocean — zooplankton and shrimp — which are prey to a whole host of pelagic fishes and mammals… Therefore, studying blue whale distributions gives a glimpse into the most productive and rich habitats in the Arabian Sea,” Panicker explained.

“This study provides conclusive evidence for the persistent occurrence of blue whales in Lakshadweep,” Panicker said. “It is critical to answer these questions to draw up science-based management and conservation plans here.”

In a typical blue whale song, there are one to six short moans lasting up to 20 seconds, which is below the threshold of human hearing. Different populations produce different patterns and numbers of moans. The songs provide a window into this little-studied population.

In the recent past, scientists have discovered two new populations of blue whales in Indian waters — first, in December last year, then in June. Blue whale songs were also used as the basis for these discoveries since each population is known to have a distinctive song. 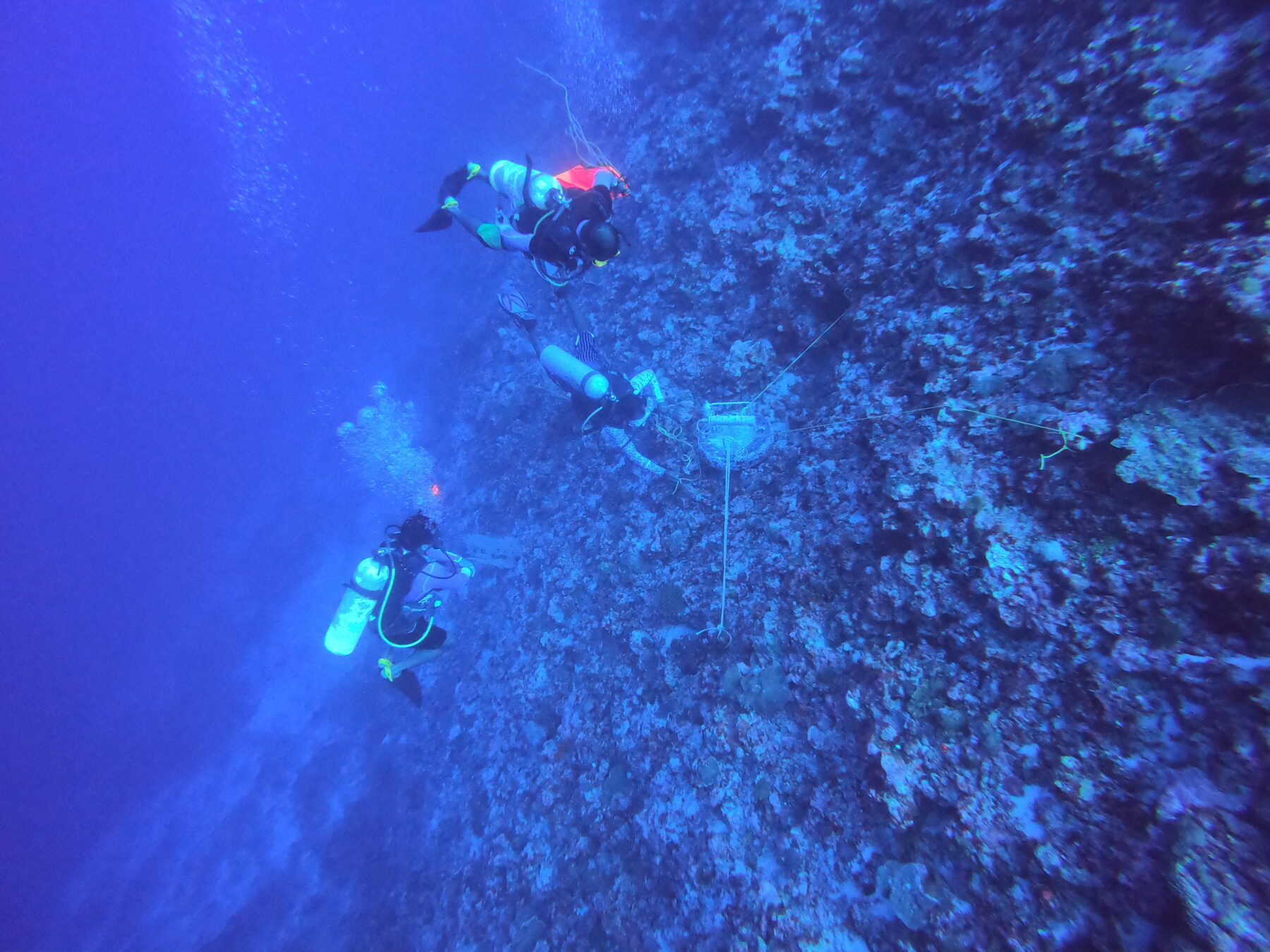 “It’s like hearing different songs within a genre — Stevie Ray Vaughan versus B.B. King. It’s all blues, but you know the different styles…” Salvatore Cerchio, a marine mammal biologist at the African Aquatic Conservation Fund, who led the December discovery, told the press.

In a region that is also experiencing the effects of climate change, answers to those questions will be crucial. In one respect, research suggests that the Indian Ocean is warming faster than the global average – a sign that extreme climate events may follow. “We also know from recent studies that there are changes in the monsoon patterns and an intensification of the frequency and duration of cyclones — this is likely to have major impacts on blue whale prey and in turn will affect whales as well,” Panicker cautioned.

Furthermore, the proposed changes in Lakshadweep’s development laws – designed to make it a tourist-friendly destination – could place the region’s ecosystem at increased risk.

“The Indian Ocean is clearly important habitat for blue whales — an endangered species that is only very slowly recovering from 20th-century commercial and illegal whaling, especially in the Indian Ocean,” said senior author Kate Stafford, an oceanographer at the UW Applied Physics Laboratory.

Source: The School of Oceanography

Keep a lookout for the upcoming AsianDiver magazine! 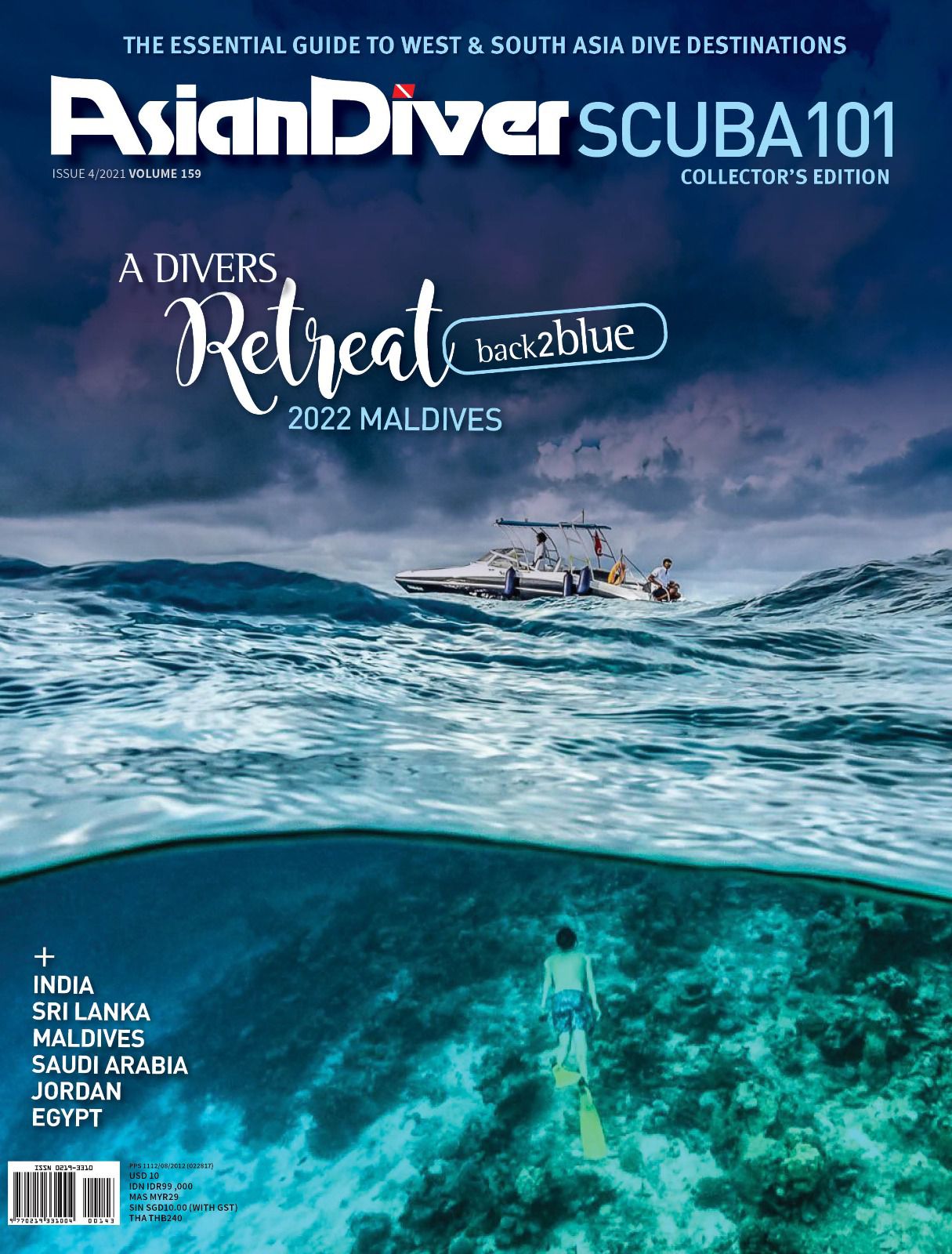 It’s coming! Asian Diver Scuba101 South and West Asia will be coming to you very soon, with amazing new content! ADEX BACK2BLUE is the much-awaited divers and ocean lovers retreat to the Maldives that aims to educate, entertain and engage.

Held from 19 to 24 February 2022, it is a 6 days, 5 nights diving expedition and ocean retreat packed with programmes and activities befitting to both dive destination seekers and dive industry’s decision-makers.

Brought to you by Asia Dive Expo and HighRise Pvt Ltd, ADEX BACK2BLUE – A Divers Retreat, South Asia, Maldives Edition aims to rejuvenate our connection with the ocean and to unleash one’s escapism to the blue.

Hurry reserve your very own copy by emailing marketing@asiangeo.com! 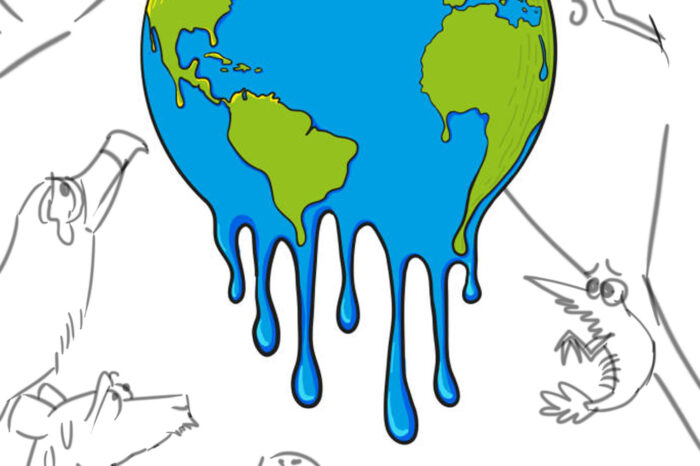 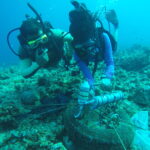