We are facing a mass extinction crisis; awareness is the first spark that leads us towards taking collective action and ultimately saving species.

Text and Photos by Jason Isley / Scubazoo with various contributors

Capturing images of endangered or vulnerable animals underwater is one of the hardest, yet most rewarding pursuits for an underwater photographer. The aim is always simple – photograph a rare species without impacting on it to raise awareness, gain knowledge and ultimately help save a species.

Before embarking on any shoot, a great deal of research has to be undertaken to ensure a successful trip. Without proper planning and research, you are very likely to come away empty-handed. By definition, endangered animals are rare so you have to know exactly where you should be looking for them. They also tend to be extremely shy and wary of humans, who are usually the cause of their conservation status.

An understanding of the animal’s behaviour is also vital as it will help you to predict their movements, but also to know when it’s time to back off, which can be crucial for the well-being of all involved. And just as important, make sure you’ve got the proper permits and authorisations to embark on any project with endangered animals. 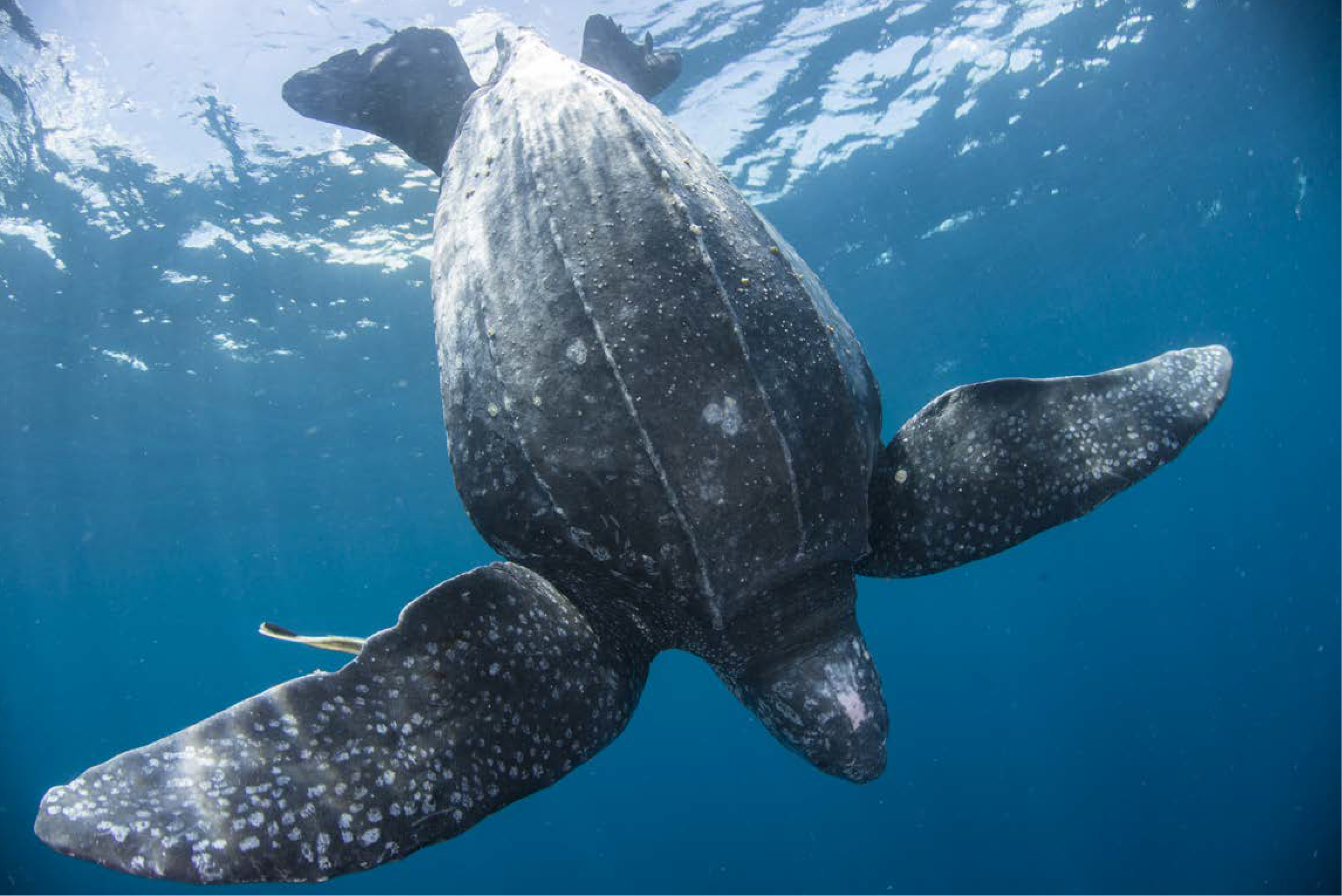 Each year a remarkable migration takes place and very little is known about it, yet it involves a unique and highly endangered marine creature. Leatherback turtles are the largest of the seven species of sea turtle and are unique in the fact that they don’t have a bony shell. Their carapaces are soft, which gives the animal its name. The combined population of Pacific leatherbacks is thought to be less than 2,500, making them one of the most endangered marine turtles.

Pacific leatherback turtles make their way from the west coast of America to feed and breed in the area surrounding the tiny Kei Archipelago in the remote Banda Sea, a journey of thousands of miles for these ancient sea creatures. The Kei Islands are one of the few places in the world where you can encounter leatherbacks underwater and the main reason they can be seen here, and undertake their arduous journey, is to feed on the huge numbers of jellyfish that are swept in every year from the vast surrounding ocean. Given that leatherbacks eat an almost exclusive diet of jellyfish, this is an important feeding ground for these turtles and a feast not to be missed. 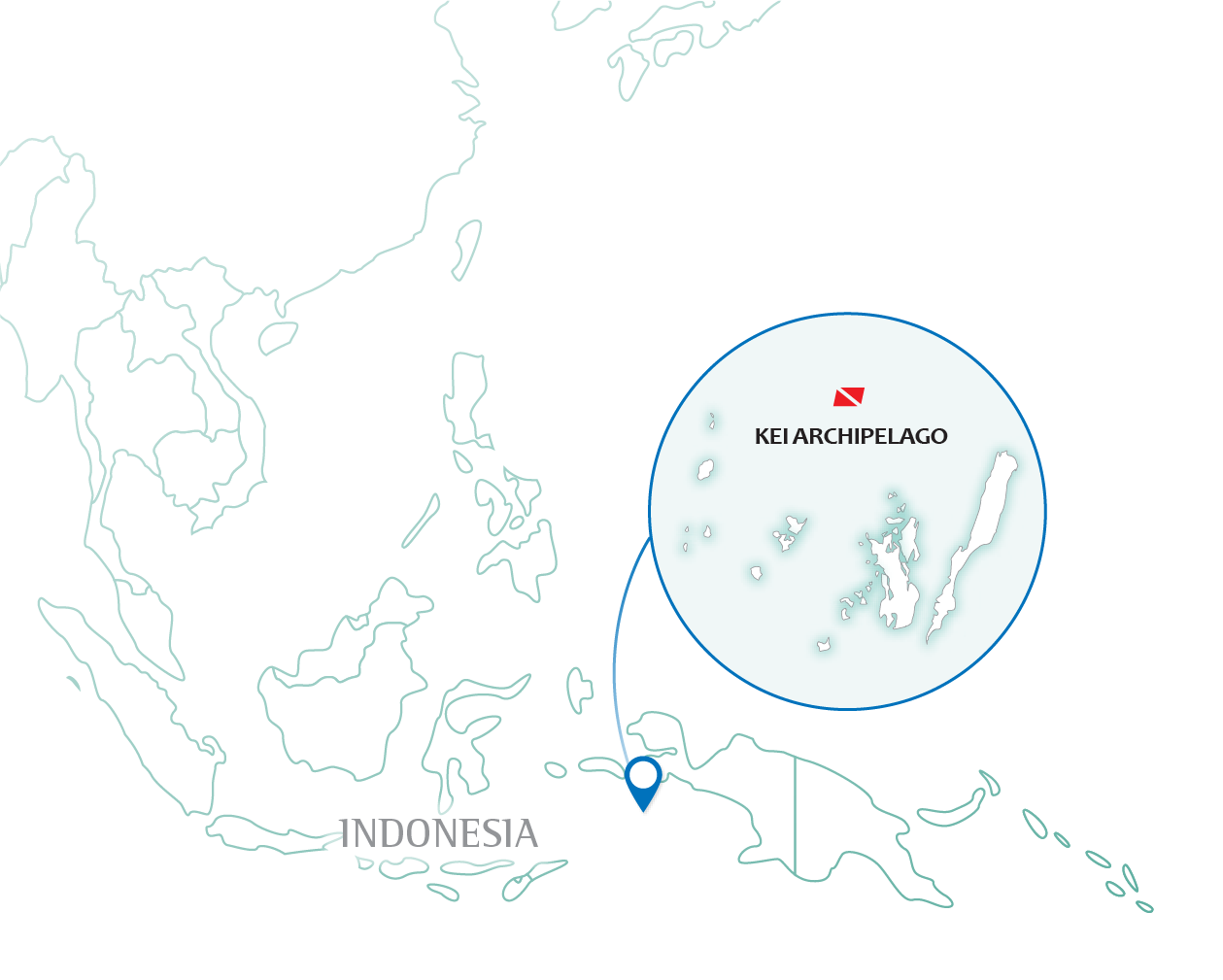 When: During the jellyfish blooms, October-December 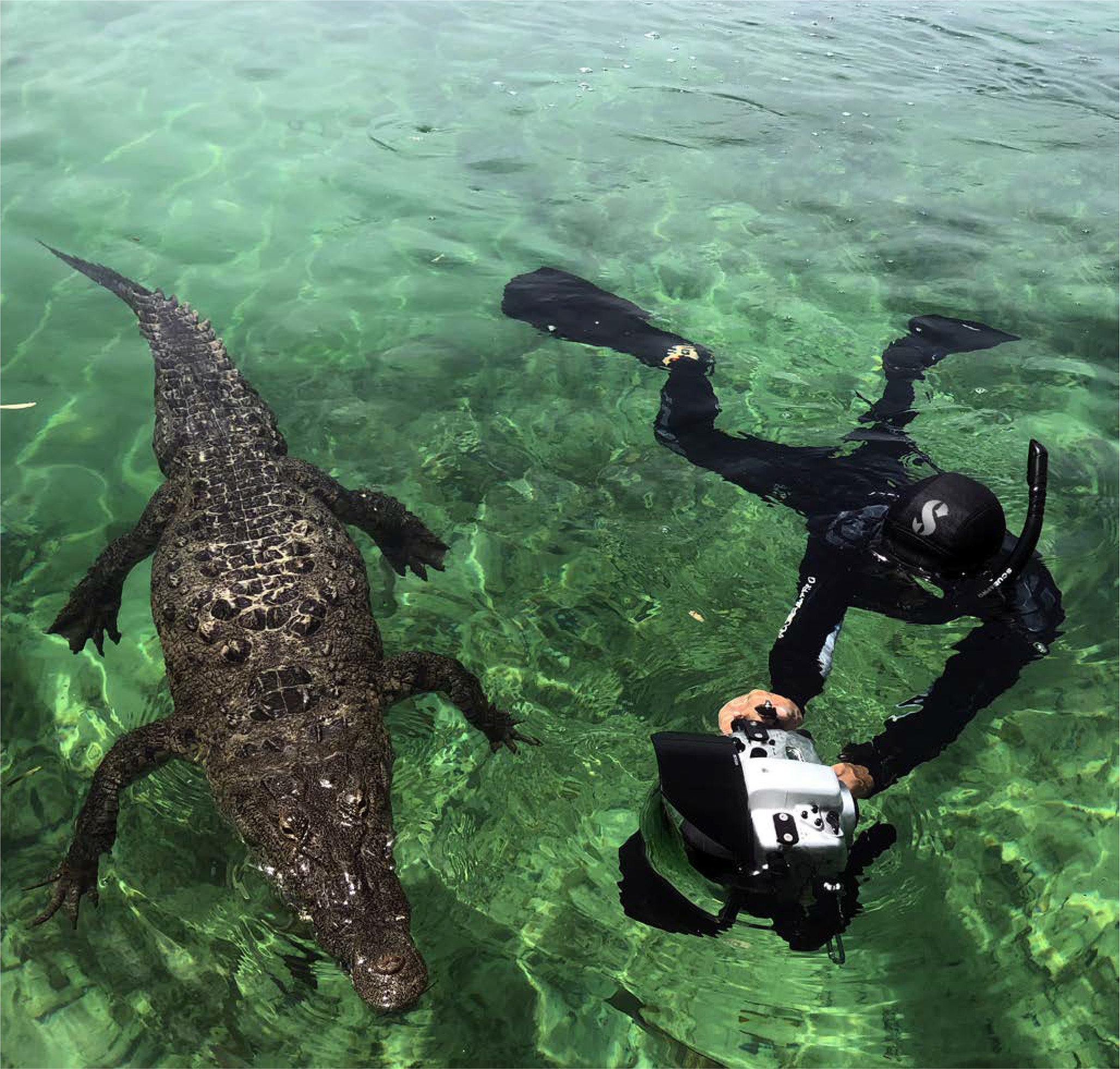 Mention Cuba to a diver and images of crocodiles come to mind. And there is no better place there to do it than at the Jardines de la Reina (Gardens of the Queen) National Marine Park. Getting there is an adventure on its own with a six-hour bus ride from Havana to the harbour in Júcaro. This is followed by another five hours on a boat. This untouched paradise is dotted with mangrove lagoons where the saltwater crocodiles hang out. You will need some nerves, a good guide and, of course, a piece of chicken to get close to these amazing reptiles! 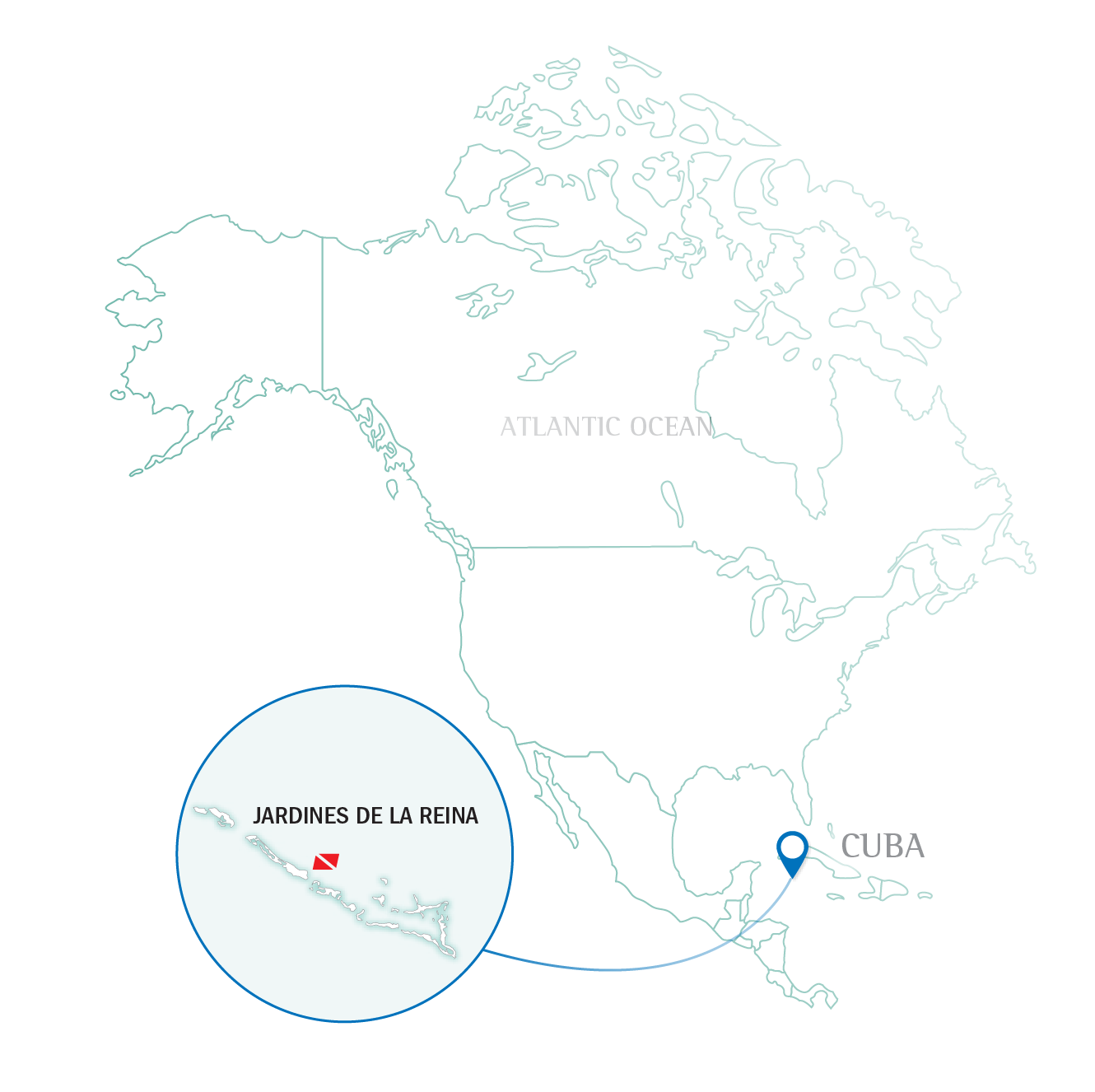 How: Check with your embassy before embarking to Cuba. Most travellers will connect through Canada, the US, Mexico or via Air China 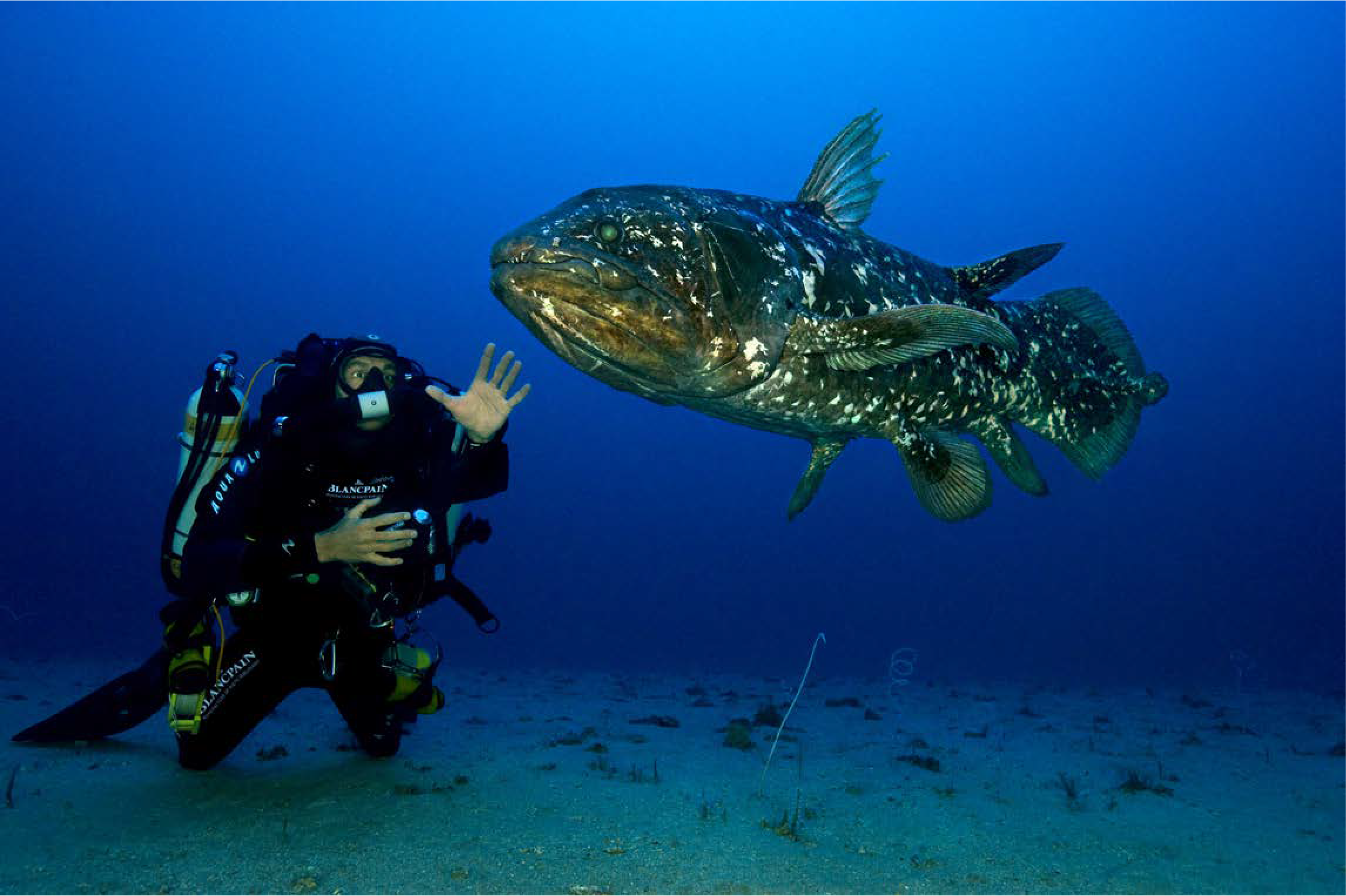 Photo by Laurent Ballesta (From the book Gombessa: A Meeting with the Coelacanth)

Presumed long-extinct, the now-legendary story of the scientific rediscovery of this bizarre fish began in December 22, 1938, when a fishing trawler pulled one up in its nets. It was then described by a scientist, but it wasn’t until 2000 that a diver named Peter Timm saw a coelacanth in South Africa off Sodwana Bay. The animals were encountered on a technical dive to 120m (400ft). At least two other divers tried the same dive with cameras and both sadly passed away. It wasn’t until 2008 that Laurent Ballesta was able to capture these remarkable images and safely return to tell the tale. 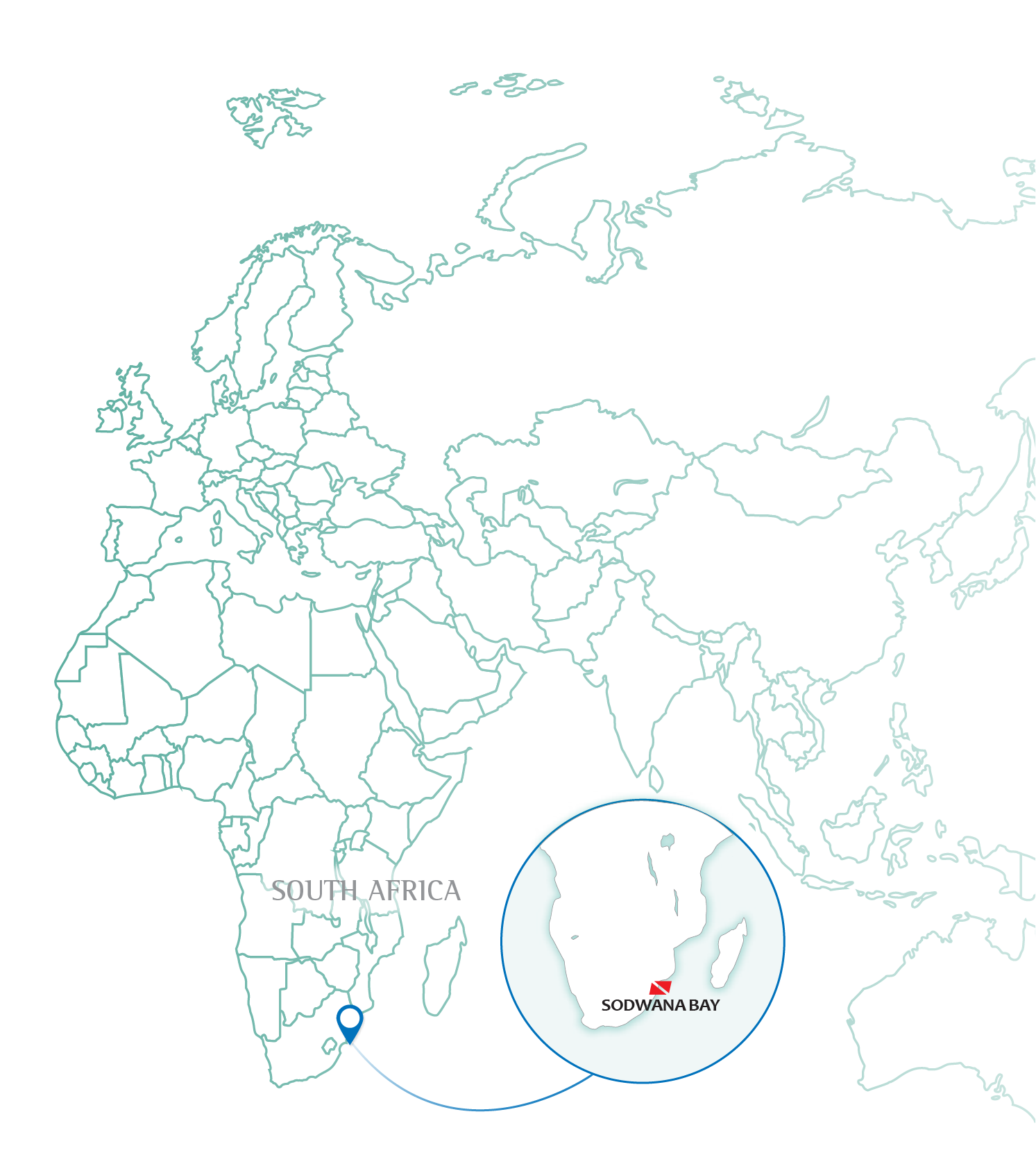 How: Diving with the coelacanth is too extreme to recommend although Sodwana Bay is a great diving spot. Fly into Johannesburg where you’ll meet your guides, then on to KwaZulu-Natal along the east coast 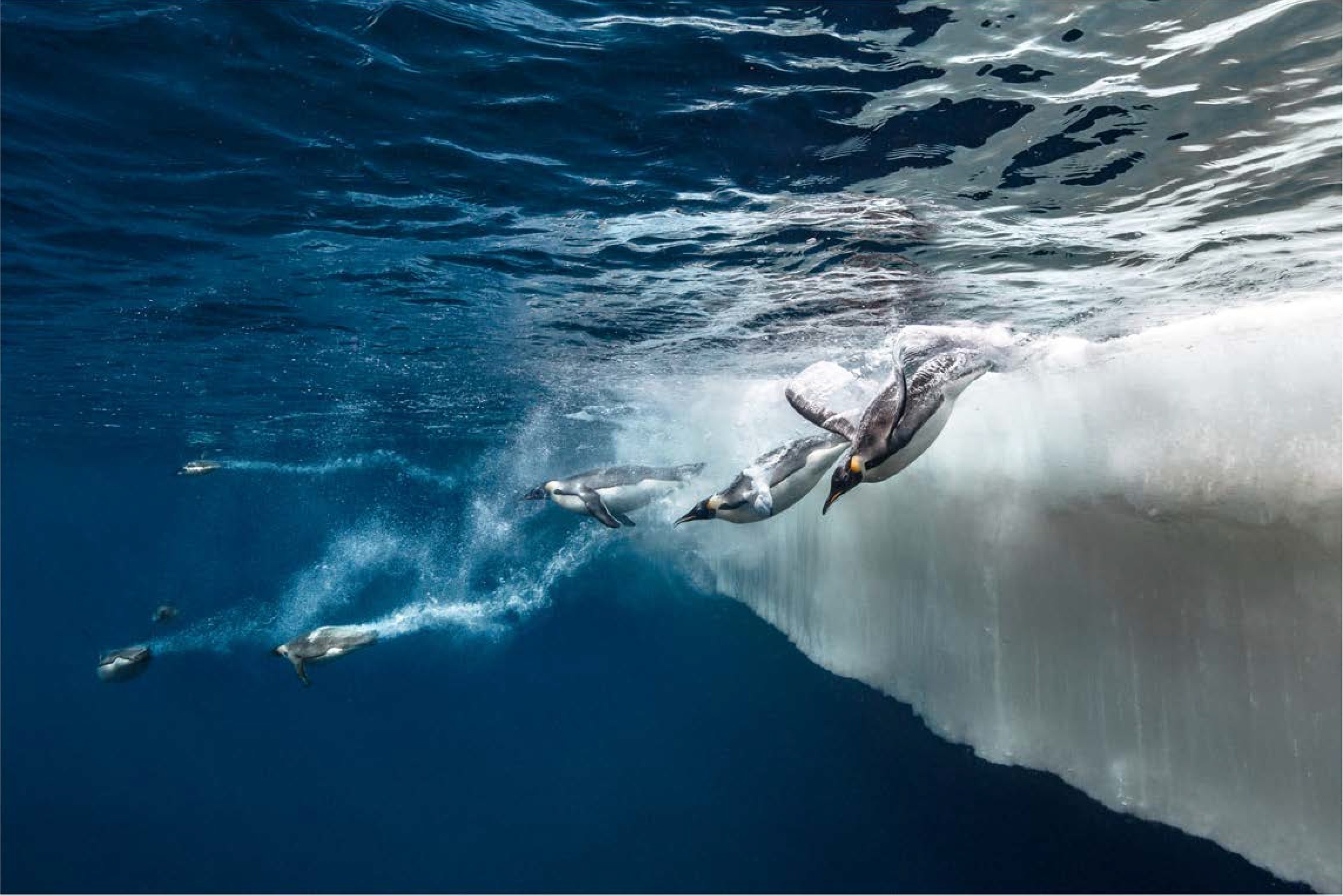 In Antarctica, emperor penguins dive from an ice floe. The largest of all penguins, the emperor stands at most 1.3m tall and can dive to 500m. Renowned photographer and explorer Laurent Ballesta would spend days on these floes where the animals did not fear humans. Each diver on the team carried with them around 200 pounds during their submersions, sometimes as deep as 60m (200ft) below the surface. It took Ballesta seven months to recover from these ice water dives, after suffering damage to his nerves from the extreme cold. 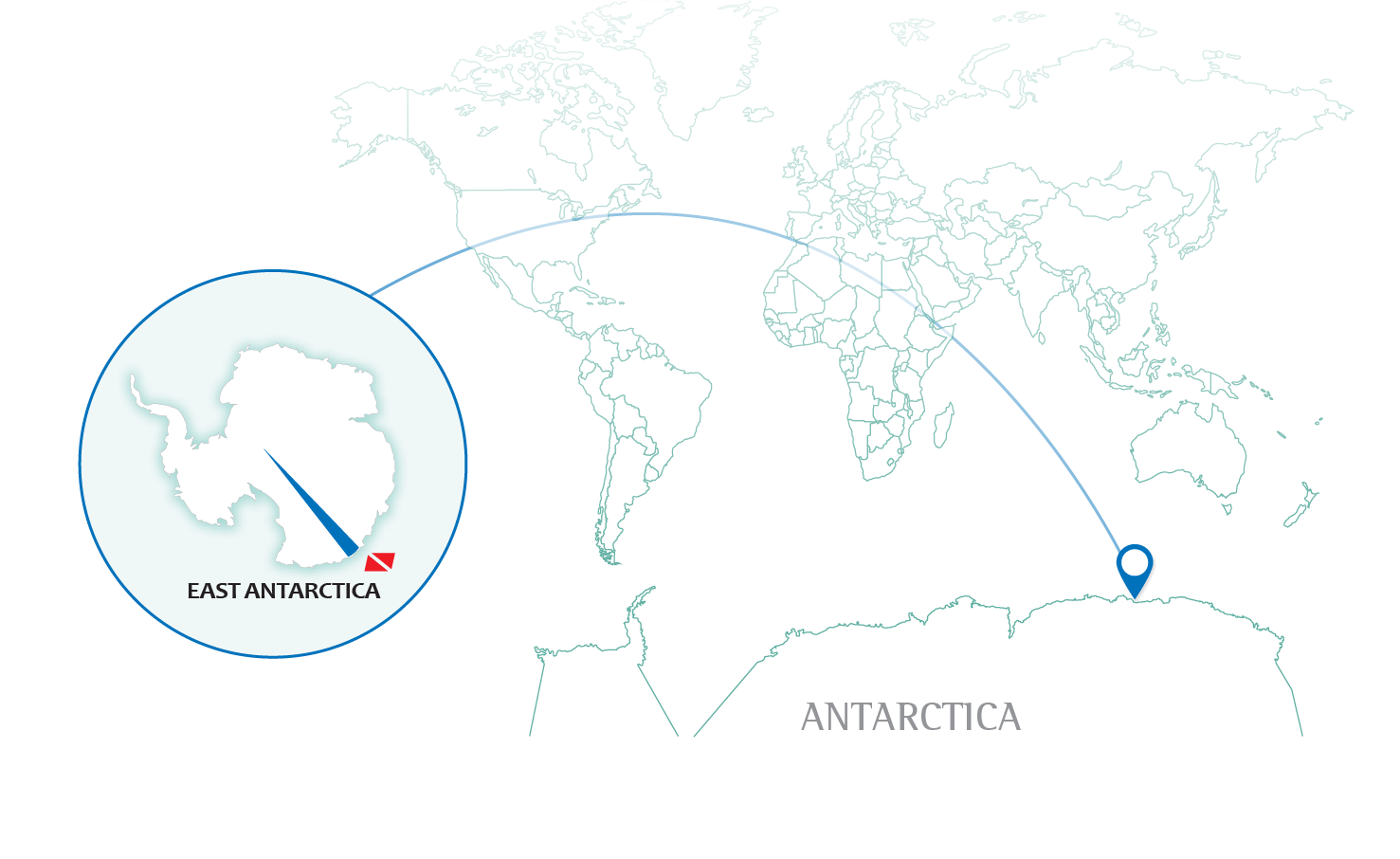 When: December and January

How: Since Antarctica is not a country, passports are not required for entry, though operators require permits. Common gateway countries include Chile and Argentina

*20 hours of daylight in summer

For the rest of this article and other stories, download a digital copy of Scuba Diver australasia + oceanplanet No. 115 Issue 2/2019 here! And for a limited time only, get the best e-magazine deals at USD7.99 for 6 issues* (Usual rate: USD29.94) 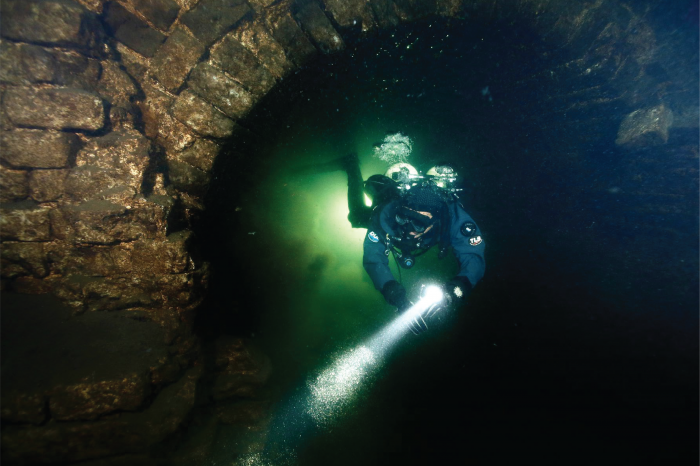