Our bodies can do what our minds cannot fathom.

While the incredible and often bizarre characteristics of the ocean’s creatures are a never-ending source of fascination for us, as a species human beings are also capable of exhibiting some extraordinary physiological attributes. Some of these talents, presumably buried deep within the genome, typically go unnoticed in our day-to-day lives and are only manifest when we are faced with unusual circumstances.

To illustrate this, imagine putting your face into water. The water temperature should be about 21 degrees Celsius or less. What happens? First, your face will feel cold. Second, of course, you won’t be able to breathe. (Clearly, you won’t be able to sustain this experiment indefinitely.) In reasonably short order, however, if all is well and you are a fairly typical example of our species, your heart rate should drop to about three-quarters of its normal rate. That, in itself, is actually a rather extraordinary thing.

The phenomenon is part of something known as the mammalian diving reflex. It exists in all mammals – aquatic mammals such as seals and dolphins in particular, and even some diving birds, but also in land-dwelling mammals, including humans. It’s our bodies’ involuntary response to immersion in cool water. Are we, if only for a brief moment, accessing the body’s evolutionary memory of water? After all, before we were born, we were floating around for nine months in amniotic fluid. Are our bodies designed for being in water?

A BODY BUILT FOR DIVING

When we submerge the face, the following things happen. Firstly, the muscles surrounding our blood vessels contract, causing a reduction in the amount of blood flowing to our peripheral organs. In this way, more oxygen is concentrated around the organs that have a much greater need for it, like the heart, lungs and brain. We don’t need perfectly oxygenated arms and legs when we are underwater, but we do need to conserve the oxygen we have as long as possible.

The second physiological reaction that occurs affects the number of heartbeats per minute. For the average person, heart rate reduces by between 10 and 30 percent. In trained freedivers, the reduction is by as much as half. Reducing heart rate helps reduce oxygen metabolism, making a single breath of air last longer. Myths abound about people’s ability to control their heartbeat (Buddhist monks are supposedly able to stop their hearts completely simply through meditation) but this phenomenon is no such myth. This is your body’s real, purely physical, response to an outside stimulus.

There are two further changes that are part of the mammalian diving reflex, and are automatic responses to deep, breath-hold diving and subjecting the body to extremely increased pressures. One is the so-called “blood shift”: The blood that has moved away from the extremities travels to the chest cavity, filling the space created by the compression of the lungs. It also fills the alveoli, the tiny air sacs in the lungs where the actual gas exchange occurs. These are now surrounded by fluids that are not subject to change by pressure.

Finally, there is the “spleen effect”. Because huge volumes of red blood cells circulate through the spleen, it acts as a blood reservoir. When extra volume is needed, the spleen constricts and releases oxygen-enriched haemoglobin into the system. It’s like carrying around a little spare air in our bodies. 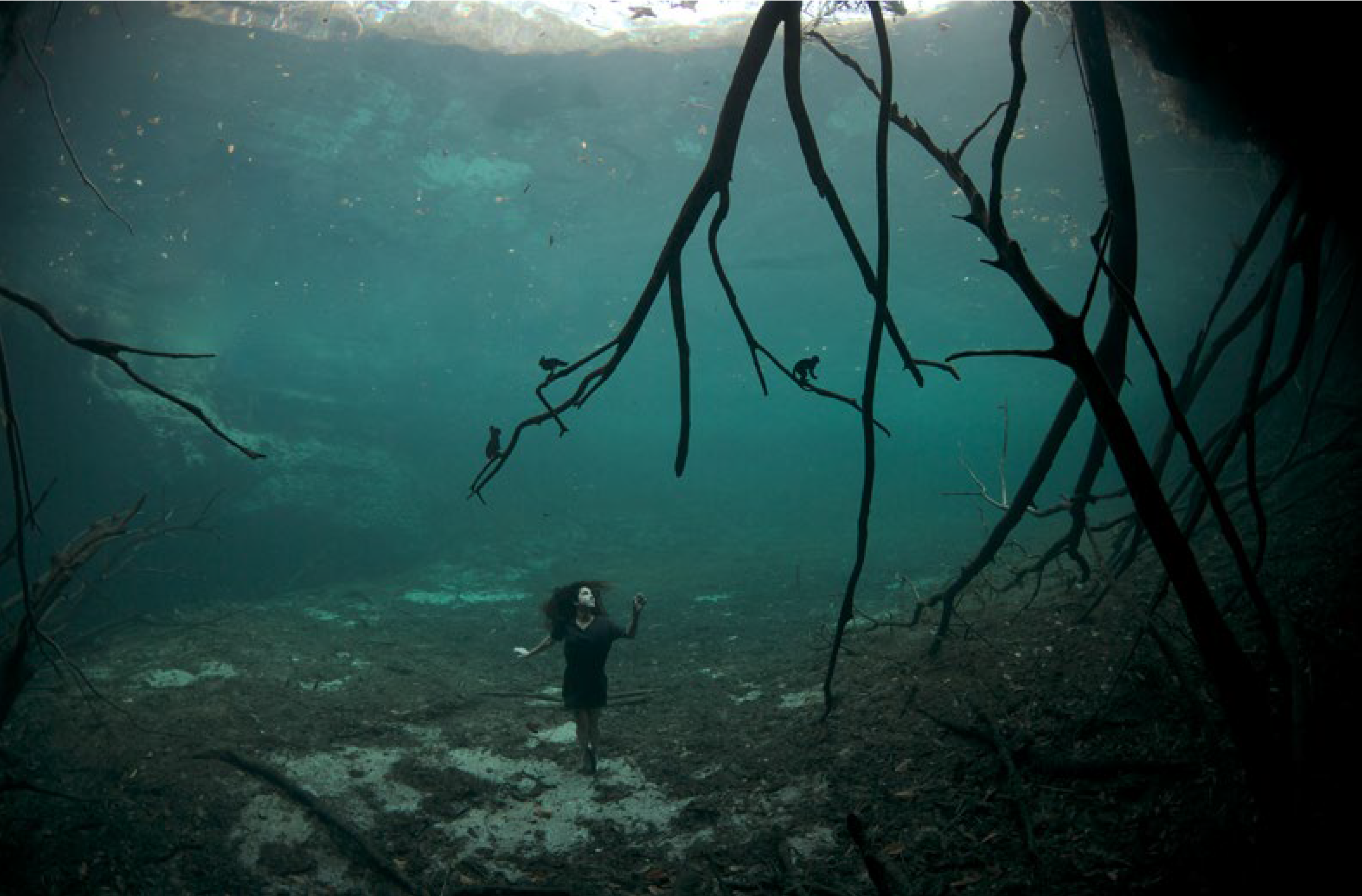 DISCOVERING THE MASTER SWITCH OF LIFE

Medical science commonly refers to the mammalian diving reflex as a survival mechanism. Several incidents of near drowning turned out to be only near drownings because of this very reflex. In a number of cases, people submerged in cold water, aspirating water and causing their breathing and circulation to stop, have actually been resuscitated successfully. Essentially, their body’s reaction to the cold liquid on their face slowed down their metabolism to a point where, ordinarily, the damage to the brain due to lack of oxygen would have been irreversible. In some of these cases, very little or no damage followed the incidents.

The effects of the reflex are even more pronounced in young children, whose smaller body cools down much faster than an adult’s. Indeed, there are cases of children surviving despite being underwater for incredible lengths of time and having no circulation for even longer.

In the 1870s – undertaking experiments that would be considered highly controversial today – French physiologist Paul Bert became the first to observe the slowed heart rates of ducks submerged in water – also noting that bleeding the duck reduced its diving capability. Some years later, one of Bert’s students, Charles Richet, deduced the reduction in metabolic rate during diving based on the fact that oxygen stores alone could not account for the length of the dives achieved by the animals.

Despite the inhumane nature of these experiments, they were also highly effective at showing the existence of the mammalian diving reflex. However, definitive proof wasn’t recorded until the 1950s, when Norwegian Per Scholander finally confirmed the presence of the reflex in other animals, including humans. In a 1963 paper in Scientific American, he called it the “master switch of life”.

In the 1960s, the very idea of freediving any deeper than 50 metres was dismissed as impossible and dangerous. Scientists insisted that it couldn’t be done, largely because of the pressures to which the body would be exposed. Imagine that for every 10 metres you dive down, your body has to withstand another one bar of pressure. At 100 metres, your lungs would be reduced to less than 10 percent of their size at the surface. Thus, it was claimed that beyond 50 metres, the pressure would cause a diver’s lungs, or even the entire rib cage, to collapse.

Unsurprisingly perhaps, all this talk of limitations only seemed to motivate certain extraordinary individuals to prove the theories wrong. Italian Enzo Maiorca was the first to dive to 60 metres, closely followed by Frenchman Jacques Mayol. Both were well-known freedivers of their time, each breaking one diving record after another. It was studies on Mayol in the 1970s that revealed the workings of the spleen effect. Today, freedivers have shattered these limits with both male and female world record depths now exceeding 100 metres. 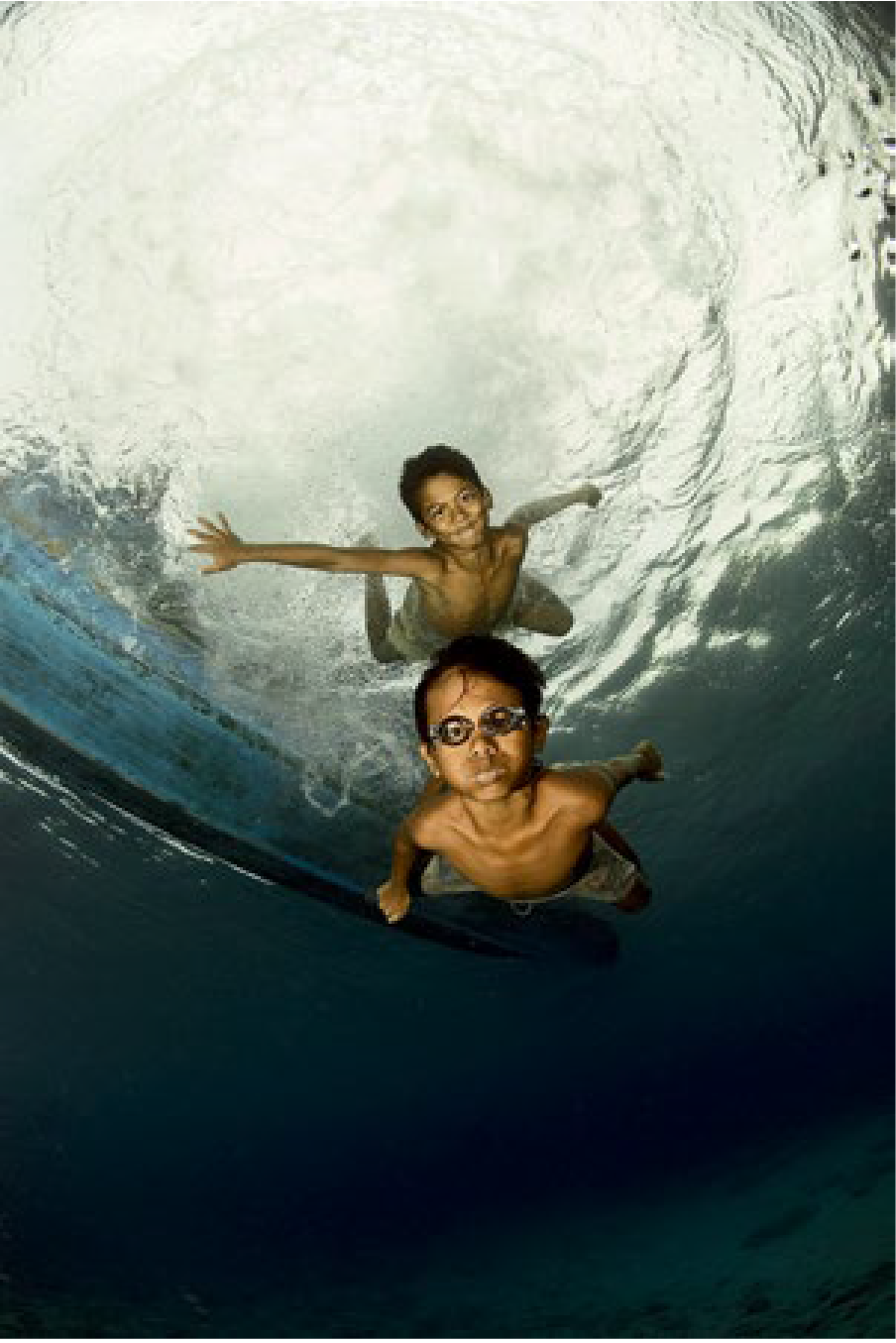 ZEN AND THE ART OF BEING A MAMMAL

For most animals, marine mammals in particular, the reflex is part of their daily fight for survival. For us, it’s a little different. Yes, it’s a reflex and there is not much we can do about the way it works. But we already know that with training divers can slow the heart even more than would be considered natural. How much of an influence do cerebral processes have on the reflex? And how much influence does the reflex have on our mental processes? Is this the reason that some people like being underwater so much? Does it relax us? Does it make us more “Zen”?

Ask any freediver why they do it. Of course, if they’re being honest, they’ll admit that their thirst for one-upmanship plays a part. But mostly they will tell you that it’s to experience the unique sensations of being underwater, the silence, to truly experience the “now” – because deep below the surface is probably one of the few places left in the world where you can be in the present most completely.

For those of us who spend half our lives underwater, it’s about so much more than mere survival. It’s a way of life, a capacity that we can utilise and develop. It is what allows us to do what we love most – being immersed, being part of this other world. And simply being.

For the rest of this article and other stories, download a digital copy of Scuba Diver australasia No. 79 Issue 5 /2014 here! And for a limited time only, get the best e-magazine deals at USD7.99 for 6 issues* (Usual rate: USD29.94) 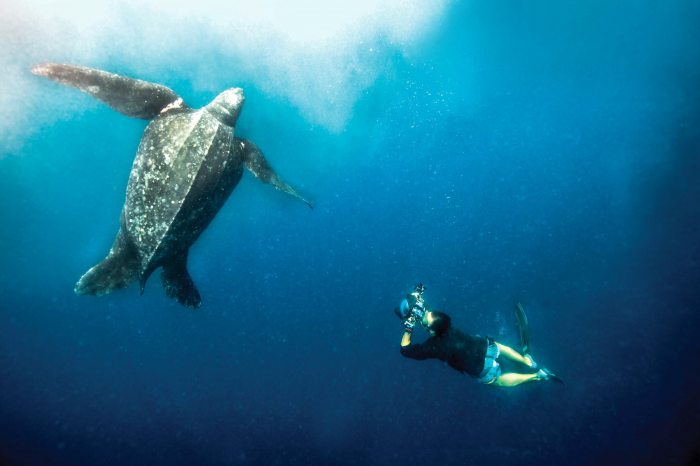