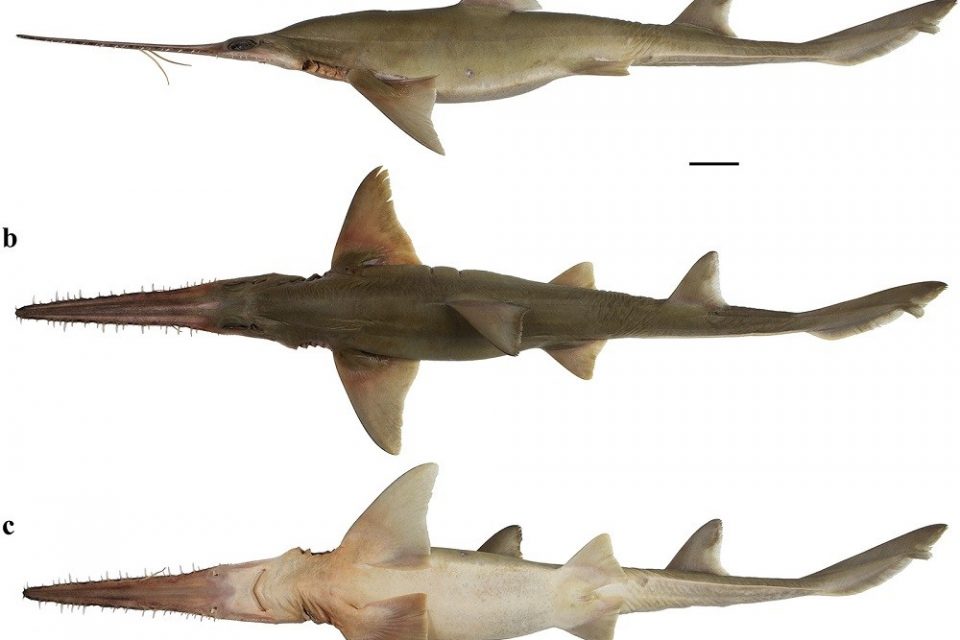 An international team of marine scientists has discovered not just one but two new species of the rarely seen six-gilled sawshark, Pliotrema kajae and Pliotrema annae, in the West Indian Ocean.

The newly discovered sharks, affectionately known as Kaja’s and Anna’s six-gill sawsharks, were discovered during a research project aimed at investigating small-scale fisheries operating off the coasts of Madagascar and Zanzibar.

Details about their findings were published on Wednesday, 18 March, in the journal PLOS ONE, where the study team says that the discovery of two sharks highlights how little we still know about life in the ocean and our impact on it.

“Last year our team highlighted the massive underreporting of sharks and rays caught in the South West Indian Ocean and the urgent need to expand efforts globally to assess the impact of these fisheries on vulnerable species,” said Dr. Andrew Temple of Newcastle University in the U.K., who co-authored the paper, in a statement.

“The discovery re-enforces both how important the western Indian Ocean
is in terms of shark and ray biodiversity, but also how much we still don’t know.”
– Dr. Andrew Temple

“The six-gill sawsharks are really quite extraordinary as most sawsharks have five-gill slits per side,” explained lead author Dr. Simon Weigmann, based at the Elasmobranch Research Laboratory in Hamburg. “So it was really exciting to find a new six-gill sawshark species, and to find two new species – well that was simply astonishing!”

The West Indian Ocean, off the coast of East Africa, is known as a biodiversity hotspot for shark and rays, with nearly 230 species identified here. Several of the species discovered in these waters are only found in this region.

While the West Indian Ocean is an important region for shark and ray conservation, the nearby populations rely on fishing for sustenance and income. The small-scale fishing vessels in this area use trawl nets, shrimp trawl nets, deepset gill nets, longlines, and purse seine nets, and either target or unintentionally capture these important species.

“Knowledge of sawsharks in the western Indian Ocean is generally still scarce. But considering their known depth distributions, both new species are likely affected by fishing operations. This assumption, combined with the limited range and apparent rarity of both new species, raises concerns that they are vulnerable to overfishing and might be in continuing decline,” Weigmann said. “This could be particularly alarming for Anna’s six-gill sawshark due to its very small known range, rarity and occurrence in shallow waters as the species is only known from depths of 20 to 35 meters (65 to 115 feet).”

These sharks are at further risk of overfishing as they become sexually mature much later in life than other fish, and only produce 5 to 10 offspring per year. Furthermore, sawsharks are one of the rarest species to be found in these waters, with several decades going by between sightings.

Radiograph of one of the new shark species. (Weigmann et al, Plos One, Newcastle University)

Sawsharks are best known for their namesake – its saw-like snout. They are found mainly in the temperate waters of all three major oceans and have a center of distribution in the western Pacific Ocean. However, the number of sawsharks has declined over the past couple of decades due to human activity and commercial fishing.

A sawshark can grow up to 5 feet long and boast a long snout edged with sharp teeth which alternate in size, with smaller teeth inserted between larger teeth. They also have a distinctive pair of barbels in the middle of their snout which functions as whisker-like sensory organs around the shark’s mouth that help them detect nearby prey.

The sawshark shares many physical similarities with the sawfish, but they differ greatly in many aspects. Sawfish are much larger, don’t have the sawshark’s barbels and their gills are located on the bottom side of the body as is typical for rays. Additionally, sawsharks are carnivores and live on a diet of fish, crustaceans, and squid. They use their serrated snouts to kill their prey with quick side to side movements that cut the prey into fine pieces to be easily swallowed.

The new species are different from the previously known six-gill species, Pliotrema warreni, in the position of their barbels. In P. kajae and P. annae, the barbels are situated approximately halfway from the tip of the saw – the rostral tip – to the mouth, compared to P. warreni’s barbel which is closer to the mouth. The P. annae also has a characteristically shorter rostrum than its counterparts.

“Last year our team highlighted the massive underreporting of sharks and rays caught in the South West Indian Ocean and the urgent need to expand efforts globally to assess the impact of these fisheries on vulnerable species,” co-author Andrew Temple of Newcastle University said. “The discovery reinforces both how important the western Indian Ocean is in terms of shark and ray biodiversity, but also how much we still don’t know.”

Co-author Per Berggren, leader of Newcastle University’s Marine MEGAfauna lab, added, “This project is also testament to the value of scientists working with local communities. Without the fishers help, we would not have discovered these animals,” said. “Their knowledge of their environment is unparalleled, and it is our mission to help them preserve the marine animals and ecosystems they rely on to survive.” 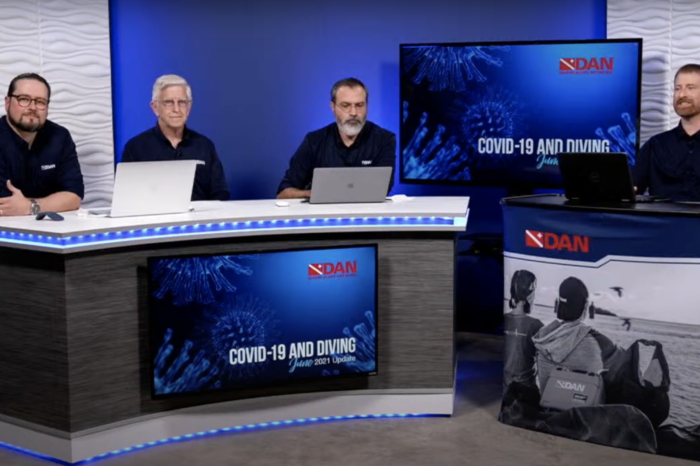 Could Snorkel Equipment Save The World? 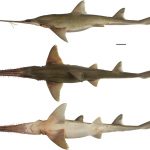