The Difference Between Human and Cetacean Brains

“You see, what I found after twelve years of work with dolphins is that the limits are not in them, the limits are in us. So I had to go away and find out, who am I? What’s this all about?” Dr John Lily

What is intelligence? How do you measure it? For us, we tend to only accept intelligence displayed on the same evolutionary wavelength as our own – think little blue men with lasers and spaceships. We think of intelligence as the harnessing of technology, and the ability to think abstractly about striving to achieve growth and progress. Perhaps it is this that has made it easy for humans to reject the concept of intelligence in other species. But what if a species didn’t need technology to thrive; rather, what if that “technology” was in-built within that species?

To help us get to grips with this idea of other intelligent species, we take a look at the brains of one of the potentially smartest groups of animals on our planet, cetaceans. 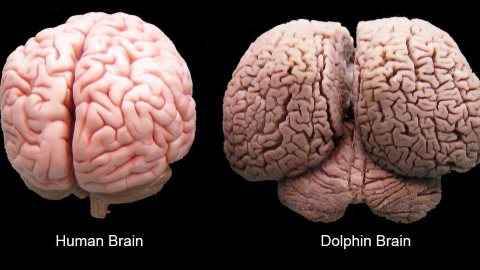 Body-to-brain ratio is a widely argued concept for assessing intelligence. Still, if we were to base intelligence on the size of a brain in relation to the body, the hummingbird would be the world’s most intelligent animal. Nevertheless, many scientists do believe that size matters: In this case the largest brains that ever developed on this planet belong to sperm whales. With the largest brain mass of any extant animal, sperm whale brains are 8,000 – 9,000 cubic centimetres, whereas human brains are only around 1,300 cubic centimetres. Evidently, this cannot be a definitive measure of intelligence. The quality of the brain tissue is also important – and that is much more challenging to quantify.

To back up this idea of intelligence correlating with brain size, sperm whales (and some dolphin species) have displayed certain abilities associated with high intelligence – abilities that even our best technology struggles to compare to. For instance, certain cetaceans host sonar-like devices and are able to use sonar to actually see the internal workings of other animals – just like ultrasound used in medicine. Studies have also shown that they commonly use this ability to read emotions and states of health. Sperm whales have even developed a sort of “sonic ray-gun”, which allows them to stun prey using a head filled with spermaceti oil to amplify and project a sonic blast.

Perhaps the greatest sign of evolution in animals, the cerebral cortex is the outer layer of advanced brains and is the throne of all higher mental functions. It plays a key role in memory, attention, perception, awareness, thought, language, and consciousness. All animals have this to some degree, but in primates and cetaceans it is extremely well-developed.

Significant encephalisation is only present in primate and cetacean brains. In fact, cetacean brains have even more encephalisation than human brains, with the dolphin brain having 40 percent more cerebral cortex than a human. The cetacean cerebral cortex is also divided into distinct layers, just like the human’s, and it is thought that this indicates a higher level of complexity and development. 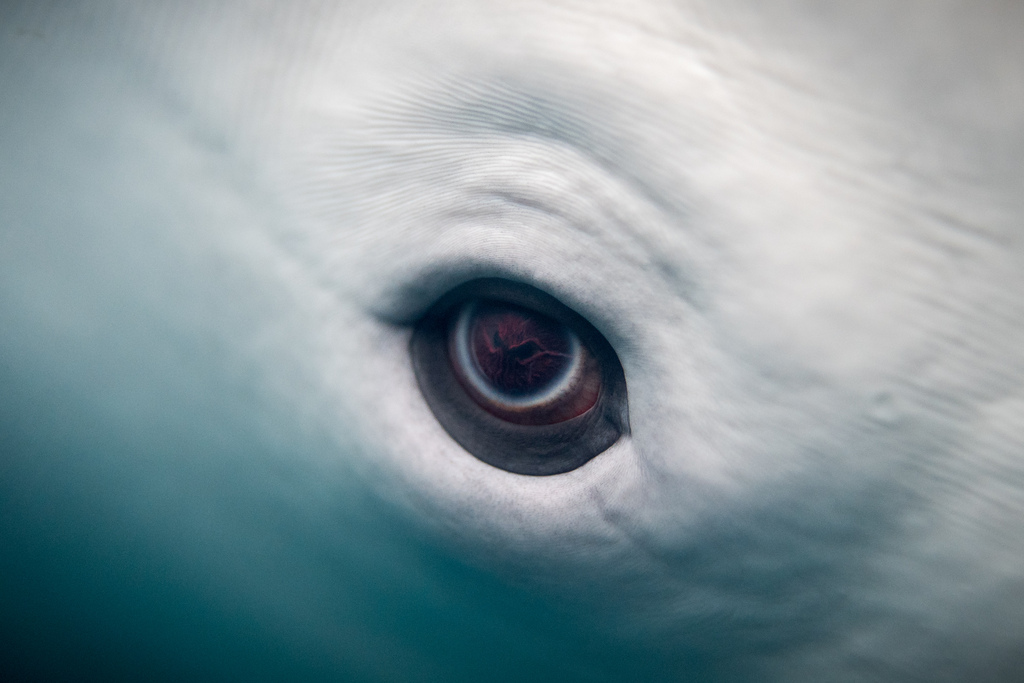 The human brain can be differentiated into different lobes: the reptilian complex, the limbic system and the supralimbic (which is covered by the cerebral cortex). However, with cetaceans we see a radical evolutionary jump with the inclusion of a fourth segment. This segment, called the paralimbic, features between the limbic and supralimbic lobes. Neurobiologist Lori Marino discovered that the limbic system of a whale is so large that it actually erupts into the cortex in the form of an extra paralimbic lobe. This extra lobe of tissue has something to do with processing emotions, but also something to do with thinking that we humans just don’t have. It’s highly elaborated in most cetaceans and not at all or not nearly as much in humans or other mammals, so it suggests that there’s something that evolved or adapted in the brain over time that did not occur in other mammals, including humans.

This unique evolution of the cetacean’s entire limbic system, which is a combination of multiple structures in the brain that deal with emotions and the formation of memories, suggests that cetaceans have the ability to process more complex thoughts and emotions than humans. Since the system is so large in cetaceans, and the unique paralimbic lobe merges with the cortex, it is believed that the lobe may create a mixture of both emotional and cognitive thinking.

The paralimbic lobe is also believed to be a continuation of the sensory and motor areas found in the supralimbic lobe in human brains. For humans, projection areas are widely separated from one another, meaning anything we perceive from sight, sound and impulses must travel along fibre tracts with a great loss of time and information. The cetacean’s paralimbic lobe brings this all together in one, processing information rapidly with a richness that we cannot understand. For example, there are strong possibilities that cetaceans can project an auditory image that replicates a sonar message that they may receive. So a dolphin wishing to convey an image of a fish to another dolphin can literally send the image of the fish to the other animal – it’s similar to a Star Wars hologram, or sending an image via Facebook Messenger. 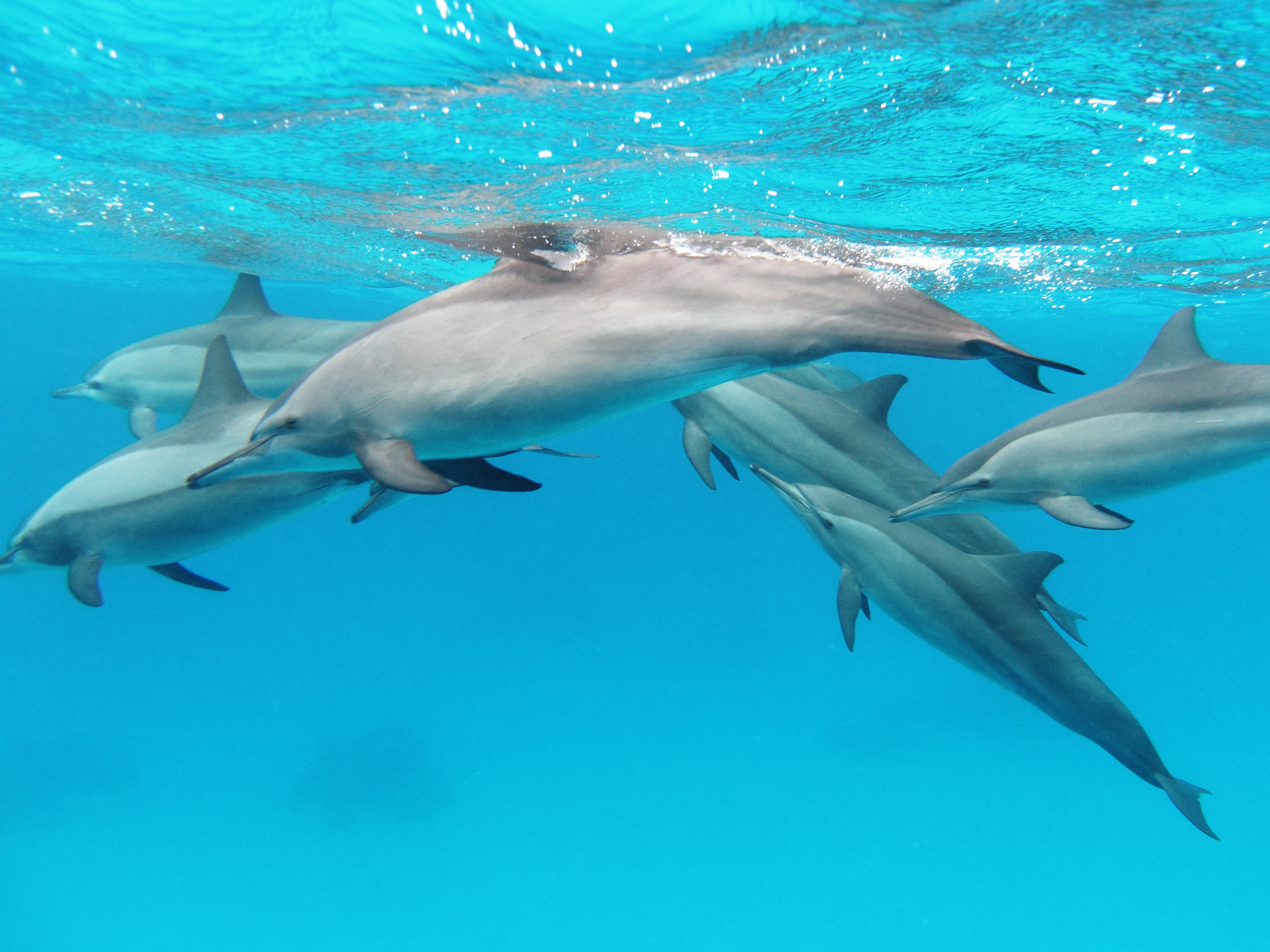 A pod of spinner dolphins in the Red Sea © Wikimedia Commons

How the Environment Plays a Part

Due to environmental and evolutionary obstacles, both primate and cetacean brains differ physiologically. A different environment requires a different pattern of thinking, and in time this affects the biology of an animal. The ocean is a completely different realm to that of land, and it demands a different brain construction to master. In the ocean, light is no longer the primary source of sensory input and vision can only work to around 30 metres, so cetaceans primarily live in a tactile and auditory sensory world and they have a brain structure to fit this.

Even with sleep cycles, cetaceans do it differently. Captive dolphins have been observed to allow half their brain to sleep at any given time, whilst the other part will stay wide awake and aware. This is likely due to the ocean environment – with few places to hide this keeps the dolphins aware at all times. Cetaceans are also considered to be incredible planners: They lack automatic breathing, meaning that they must consciously breathe. For sperm whales, being an air-breather living in water, they have to take into account factors such as how long it will take to return to the surface, weather conditi
ons, and such.

It’s certainly challenging to qualify the intelligence of cetaceans, since many of these ideas on their intelligence rely on speculation and short studies. However, by analysing the anatomy of their brains, humans can start to understand that this concept of “intelligence” is incredibly difficult to measure. The world is filled with myriad species biologically different to one another, and the idea that not every brain works the same could change the way scientists understand and analyse animal behaviour in the future. For now, it’s important to conserve cetaceans so we can further understand just how “intelligent” they are. 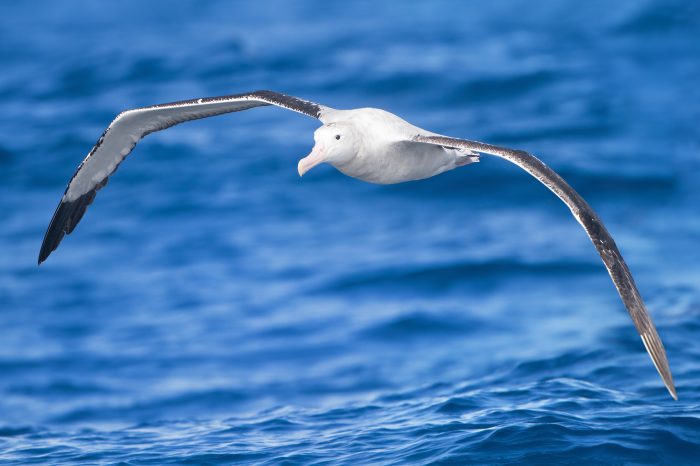 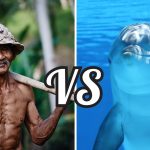 The Difference Between Human and Cetacean Brains