“If you love a flower that lives on a star, it is sweet to look at the sky at night. All the stars are a-bloom with flowers . . .”

The discovery of life on another planet would light up space in a way for exploration that few could ever truly imagine. Just imagine: a night’s sky with all the stars and planets alight – in this too-big, too-vast universe – hosting some form of life. And each of those forms of life developing on their own terms, perhaps unaware of the myriad other forms of life that surround them. It’s a discovery that would revolutionise late-night dates lying on car bonnets, improve remote camping trips around tiny fires, and change science as we once knew it.

Well, according to a recent study from Nasa’s Jet Propulsion Laboratory (JPL), published on May 17, 2016, in Geophysical Research Letters, scientists might be one step closer to that discovery. Life on Europa. It’s a theory that has orbited around their minds more times than the icy moon has of Jupiter. But now, it is believed that Europa’s icy crust may have an Earth-like chemical balance. The correct chemical balance means the alien ocean could host life. Researchers compared Europa’s potential for producing hyrdrogen and oxygen with that of Earth, and the balance of these two elements is the key building block for life. To further understand this groundbreaking research, UW360 spoke to Steven Vance, a planetary scientist at NASA’s Jet Propulsion Laboratory and lead author of the new study:

This artist’s concept shows a simulated view from the surface of Jupiter’s moon Europa. The moon’s potentially rough, icy surface, tinged with reddish areas that scientists hope to learn more about, can be seen in the foreground. The giant planet Jupiter looms over the horizon. © NASA/JPL-Caltech

What have you found that has led you to believe that Europa could harbour life?
We showed how oxygen and hydrogen may be produced today on Europa, even if volcanoes aren’t active on the seafloor. In fact, we described how hydrogen might have been too much of a good thing early in Europa’s history when volcanic activity was more intense.

What life forms could it potentially host? Any chance of any megafauna?
It’s intriguing to think that so much oxygen is being produced. We won’t know until we go there, but the numbers include a distinct possibility for larger organisms. For now, I’m willing to bet that we’ll at least find single-celled organisms.

Could they be similar to those found in our ocean?
That’s the big-money question! Did life have a separate origin on Europa? From an ecosystem standpoint, everything we think we know about Europa suggests an Earth-like ocean. So if life evolved to live in the same habitats, would it have used chemistry identical to ours?

What do you believe is the topography of Europa’s ocean floor?
This question keeps me up at night. Neighbouring moon Io has some of the tallest mountains in the solar system. If Europa had volcanoes, did they create seamounts? If there are seamounts, there should also be trenches. I’m guessing there’s also lots of sediment from billions of years of chemical (and biological) cycling in the ocean.

And its chemical composition?
The composition of Europa’s ocean has a long history behind it. In the past four decades, we’ve still not moved beyond whether the ocean is mostly salt-rich like ours, or dominated by sulfates (SO4) instead. It comes down to the balance of hydrogen and oxygen, and the interaction of water and rock. I’m excited about our results because they suggest that maybe the ocean didn’t turn acidic (and SO4 rich) from all of the oxygen-rich materials created by radiation at the icy surface.

What does this discovery mean for the exploration of space?
This work points to how much we have yet to learn about Europa. It also emphasises a major difference between Europa and other ocean worlds, at least as far as we know today, in that Europa’s intense radiation at the surface may be the key to supporting life in its ocean.

If there is life, how would that change the way we go about exploring space in the future?
I think once we find life on another planet, it will embolden us to learn how to travel in space. It will make space feel more like home.

Is Europa similar to how Earth may have once been? The early stages of life?
What’s exciting about this result is that it suggests Europa today is like Earth today. We think that Earth’s early environment was much different from today’s, with a more hydrogen-rich atmosphere and ocean, maybe not so different from the ocean in Saturn’s moon Enceladus. Europa probably also had a more hydrogen-rich and higher-pH (more acidic) ocean in its early days, before it collected oxygen in its ocean. That early phase may be have been critical to life’s origin.

What is the correct “chemical balance” to support life?
Life is about imbalance. We help chemical reactions happen, in our case by breaking down organic materials (food) to create CO2 from oxygen and water. It’s the potential chemical imbalance on Europa that’s exciting. Steady fluxes of oxygen and hydrogen might be used to make water and methane from CO2. Before the next mission arrives at Europa, we can find out more by studying the other materials involved in life (carbon, nitrogen, sulphur, phosphorous) and how they might partition in the ocean and ice.

What are the scientific techniques that will be used to discover and explore Europa’s ocean?
NASA’s planned Europa mission has many instruments to study the ocean, including a dust detector and mass spectrometer to taste materials coming from the surface, a radar to peer into the ice, and cameras to track and understand the geology and composition of the surface. We can begin to understand the ocean by understanding how the ice works. Our best evidence for an ocean, aside from the very young age and active appearance of the ice, is the magnetic response of the ocean to Jupiter’s field, which indicates a conducting liquid (salty water) just below the surface.

With the new mission to orbit Jupiter and briefly scour the surface of Europa, what are you hoping to find?
I’m excited to peer into the ice, to understand how fluids move within the ice, and what kinds of materials are making their way into the ocean. I’m also hoping we can use Europa’s gravitational pull on the spacecraft to detect seamounts.

The ruddy “freckles” on Europa. The spots and pits visible in this region of Europa’s northern hemisphere are each about 10 kilometres across. The dark spots are called “lenticulae”, the Latin term for freckles. © NASA/JPL/University of Arizona/University of Colorado

There is also the belief that Europa may shoot water up into space. How does this work?
It’s reasonable to suppose that Europa emits water to the vacuum of space when fractures open or plates move around. We have evidence that such an event occurred in 2012, though it hasn’t been observed since. Saturn’s moon Enceladus also has an ocean, albeit a very high-pH (acidic) ocean, and is shooting stuff into space continuously. But Europa’s gravity is 10 times that of Enceladus, so any water it shoots into space can’t go far, and jets that open up have more pressure to close them off again.

What future missions have you in place to further explore Europa?
NASA and ESA are both planning missions to the Jupiter system in the next 10 years. I’m hopeful we’ll also land there some day.

For those keen to know more about Europa and future research, here’s a great place to learn more about the NASA mission and find some great images:  www.jpl.nasa.gov/missions/europa-mission/ 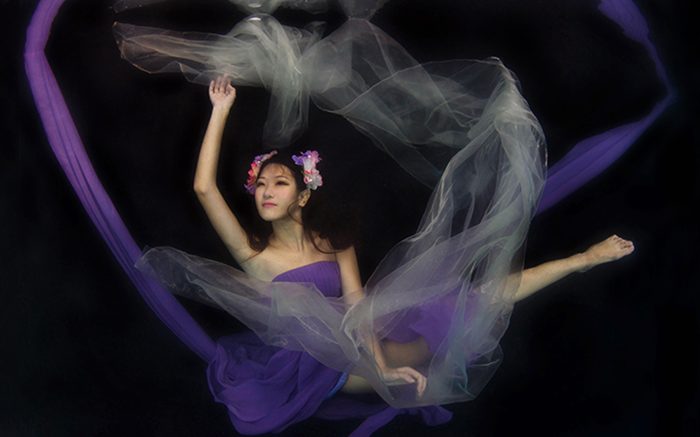 What It Takes To Become an Underwater Model 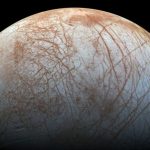