China’s Yangtze River was once teeming with Chinese paddlefish (Psephurus gladius). The largest specimen recorded was seven metres long and weighed 450KG, making it one of the largest freshwater fish in the world – aptly referred to as “megafish” and the “king of freshwater fish”. This species of fish had existed for more than 15 million years!

However, young Chinese paddlefish have not been seen in the wild since 1995, and there have been no sightings of a wild Chinese paddlefish of any size since 2003 — leading many to fear that the fish might have already been extinct since then. Therefore, while it may not have been a surprise when the Chinese Academy of Fishery Sciences and the International Union for Conservation of Nature (IUCN) determined that the species no longer exists, updating its status to “Extinct”, it was definitely a wake-up call. Beijing is now taking tougher action to protect the river’s aquatic life, with a 10-year commercial fishing ban on the Yangtze taking effect from Wednesday, 8 January 2020. Critically endangered since 1996, a paper published on 23 December 2019 in the international journal “Science of The Total Environment” shows that the largest freshwater fish in China might have gone extinct between 2005 and 2010.

The cause of extinction is attributed to overfishing, river transportation, dam-building, and pollution. The moratorium enforced by Beijing aims to curb the decline of the river’s ecosystem and any further drop in biodiversity, covering 332 conservation sites along the Yangtze, extending to include the main river course and key tributaries by 1 January 2021. Unfortunately, it has come to a point where it seems like the lives of these creatures are in the hands of mankind – and we must make a change to reverse their dire fates.

We’ve got in-depth articles on the plight of Yangtze River and the other major rivers of Asia, as well as the top endangered marine creatures covered for you in ASIAN DIVER ISSUE 1/2019 (152)! Click to buy this issue.

Never miss out again, have every latest edition delivered to your doorstep! Subscribe here or if you prefer reading online, download the e-versions here! 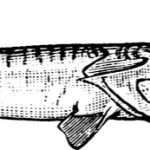